Devoid of the lightness and color found in Impressionism, Darkness Revisited presents a different view of late 19th- century art, with prints, etchings, photographs, and sculptures that are heavy, dark, and melancholic.

Review of the “Darkness Revisited: A Collection of Private Pleasures” at the Smart Museum

Drug addicts, illicit meetings, death – this is just a portion of the subject matter portrayed in Darkness Revisited: A Collection of Private Pleasures at the University of Chicago’s Smart Museum. Devoid of the lightness and color found in Impressionism, Darkness Revisited presents a different view of late 19th- century art, with prints, etchings, photographs, and sculptures that are heavy, dark, and melancholic.

The show draws its origins from an earlier Smart Exhibition, The Darker Side of Light: Arts of Privacy, 1850-1900, that ran from February to June of this year. The show was curated by Peter Parshall, Curator of Old Master Prints at the National Gallery and an alumnus of the University of Chicago, and was meant to show the art of the private collectors of that period. The exhibition presented over 100 works from artists such as Félix Bracquemond, James Ensor, Max Klinger, Käthe Kollwitz, James McNeill Whistler, Charles Meryon, and Anders Zorn.

Darkness Revisited is a direct response to the Darker Side of Light, organized by students from the University of Chicago’s “Public and Private in Nineteenth-Century Art” course, taught by Smart Museum Curator Anne Leonard. Drawing on these same artists, the students built the show by using works from the Smart’s collection. Focusing on private experience and darker themes such as nostalgia and suffering, the show and is arranged into several thematic sections, such as “views of the city,” “artist portraits,” “images of women,” and “seduction and its consequences.”

Some of these groupings are stronger than others. For example, the “seduction and its consequences” section consists entirely of selections from German artist Max Klinger’s “Eine Liebe” or “A Love (Opus X)” series, depicting the torrid love affair between a young woman and a man, which eventually leads to her death in childbirth (and includes allegorical references to their sin). Klinger’s series is exceptional, even though only half of the ten pieces are featured in the show, but one wonders if some other, equally risqué works on the subject could have been included as well for greater dimensionality.

“Images of women” is the most impressive section of the show, drawing from two different artists: Käthe Kollwitz and Paul-Albert Besnard. These artists present opposing views of women; Kollwitz sees them as strong yet tragic, while Besnard presents them as beautiful and fragile. Though the labels belabor this point, the comparison is an interesting one, nevertheless. Kollwitz’s “Death and Woman (Tod und Frau)” presents a desperate, powerful woman restrained by death, unable to comfort the child who reaches for her. Besnard’s “Death (La Morte)” is an elegant, morbidly beautiful portrait of a dead woman. Only her placid face is fully defined, her limbs and deathbed are barely sketched in. It seems almost insubstantial in comparison, though no less compelling.

No matter who curates them, or how they are arranged, these late 19th century artists were willing to expose the baser aspects of human nature – allowing us to reflect on our humanity. The work is beautiful, nostalgic, and tragic – let darkness reign. 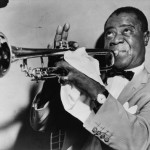