A few blocks down from the Art Institute of Chicago is a lesser-known historic art institution, dedicated to establishing a community of artists working in the visual and performing arts. Located at 410 S. Michigan Avenue, the Fine Arts Building is a musky labyrinth of corridors reminiscent of The Twilight Zone. Long hallways lit by dim lamps are the setting for an eerie atmosphere, made weirder by the colorfully dressed white-haired ladies who drift like ghosts from one uncomfortably cramped room to another. On a Friday night open-studio evening held this fall, most of the doors were shut, sheltering-conversations and cackling. The age gap was staggering, to say the least; most of the visitors were aged 50 or older and shuffled about, making little conversation but taking plenty of time to stare at the art.

Most of the nine floors of artists and musician studios, galleries, performance halls, and instrument repair shops in the Fine Arts Building lack a serious contemporary art dialogue, but one particularly promising space is the newly opened Nicole Villeneuve Gallery, operated by SAIC students Anna Timmerman (BFA 2011) and Drew Noble (BFA 2011). The atmosphere of Nicole Villeneuve Gallery in suite 629 is decidedly different from the rest of the dark and dismal building. There is a youthful vitality to the gallery, which celebrated its new space back in October with the opening of “2D Representations of Natural Phenomena,” organized by Timmerman, the gallery director, and Noble, the curator.

Together with gallerist Nicole Villeneuve, who is 50 years old, Timmerman and Noble have transformed the fixer-upper space into one that uses eco-friendly track lighting and operates almost entirely without paper. The gallery was previously located in a 1200-square-foot loft in Pilsen, where it hosted 12 shows a year. Nicole Villeneuve Gallery got its start when Villeneuve hired Timmerman as an intern to help her with a studio and class program. Their old location had extra wall space, showing work from other artists.

The organization got its start when Villeneuve hired Timmerman as an intern to help her with a studio and class program. Their old location had extra wall space, so the two decided to start showing work from other artists.

With their growing program, the pair decided to take the space to the next level. “We settled on the Fine Arts Building for its atmosphere,” Villeneuve said. “We’re surrounded by artists, musicians — a real variety. There’s a community atmosphere here that we want to promote and be a part of.”

In addition to the exhibition space, the gallery also offers classes and workshops, and has recently started a residency program that provides a studio space in Pilsen for durations of at least one week to one month.

Although the gallery is owned by its name-bearer, Villeneuve considers it her student collaborators’ space. “I want to provide a sacred, nurturing space for them to create. This is their baby, so they can do whatever they want as long as they abide by the deadlines. I want them to have fun.”

“We’re trying to add to the contemporary dialog. This is what’s happening in the Midwest,” said Timmerman. She and Noble both say their work as students at SAIC perfectly complements their work at the gallery; at SAIC, they get to see a wide variety of work, and gain exposure to a wide diversity of perspectives in the arts. “I’ve been acclimated to things I wouldn’t have considered before,” Timmerman said. “It both limits you and opens you up to new things,” added Noble.

Though the Fine Arts Building might seem eerie and cramped upon a first impression, it’s not just a historic Chicago landmark anymore. New tenants like Nicole Villeneuve Gallery have made the Fine Arts Building a vibrant place where emerging artists and curators engage in dialogue with a rich local history. artists and curators engage with a rich local history. 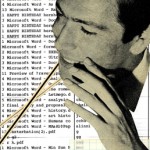 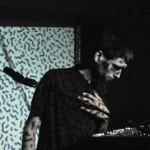