A few blocks down from the Art Institute of Chicago is another institution of sorts, dedicated to establishing a community of artists working in the visual and performing arts. Housed within Art Nouveau motifs and musky labyrinth corridors reminiscent of the Twilight Zone, the Fine Arts Building of Chicago offers surprises as diverse as its inhabitants.

Much like the relics of the building’s history, such as elevators still operated by Polish-accented attendants, the vast majority of the nine floors of artist and musician studios, galleries, performance halls, and instrument repair shops lack a serious contemporary dialog.

While wandering the long hallways lit by dim lamps on a Friday-evening open studio event, one is aware of the unsettling and wonky atmosphere, made only weirder by the colorfully dressed white-haired ladies that drift like ghosts from one uncomfortably cramped room to another. Surprisingly for an open-studio evening, most of the doors are shut, sheltering conversations and echoed cackling. The age-gap is staggering to say the least, as one is hard-pressed to find anyone under the age of 50, and most of these older visitors shuffle about strangely, making little conversation, but taking plenty of time to stare.

A bright spot in this dismal setting was the opening reception of 2D Representations of Natural Phenomenon at the newly opened Nicole Villeneuve Gallery in suite 629. The two-person show is the first in the gallery’s new location, and features the work of SAIC seniors Anna Timmerman and Drew Noble.

Upon entering the L-shaped space one is relieved by the work, which is like a breath of fresh air, despite certain imperfections, like a distracting painted trim rising halfway up the wall, and the quirky out-of-place music playing over a radio. The high-ceilinged space looks out unto a dark, deserted construction scene, and except for the artists, gallery director, and a random hunched-over lurching passer-by, who exits almost as quickly as he entered, the gallery is equally deserted.

Still, one is encouraged by the show’s humble presentation, which includes several subtle surprises, such as Timmerman’s “1/16th Rainbow,” a small egg tempera and watercolor painting of a short, floating band of rainbow in a gray landscape, or a weirdly large mushroom, comically titled “Biggest Mushroom Found,” protruding from the back wall.

Timmerman’s paintings are overlaid in a quiet satire that serves the subject matter of her landscapes well — especially in “Tsunami from 2004” which has clear allusions to Hokusai’s “the Great Wave,” or “Volcano,” where a charred cone of a mountain resembling a pile of old tires emits a rather pathetic spew of steam against gradient bands of orange and gray. Although depicted in a carefree manner and beautified through color and pattern, these are not phenomenon one would want to experience firsthand.

On the opposite wall, Noble’s mixed-media collages further establish the running theme of undesirable experience with nature. In “Grey Flowers and Girl,” a drawn figure is furiously engulfed by dark black flowers that dominate the canvas. Adjacent to the flowers is “Waterfall and Grey Foliage,” in which an abstractly painted waterfall on the right side of the canvas does battle with a layered collage on the left.

Both Timmerman and Noble work for the gallery — Timmerman is the Gallery Director and Noble works as a curator. Together with the older Nicole Villeneuve, who is 50 years old, the three have transformed the space into a green , clean, fixer-upper space (the gallery uses eco-friendly track lighting and operates almost entirely without paper).

Previously the gallery was located in a 1200 square foot loft in Pilsen, where it hosted 12 shows a year. The gallery got its start when Villeneuve hired Timmerman as an intern to help her with a studio and class program. Their old location had extra wall space, so the two decided to start showing work from other artists.

With their growing program, the pair decided to take the space to the next level. “We settled on the Fine Arts Building for its atmosphere,” Villeneuve said. “We’re surrounded by artists, musicians; a real variety. There’s a community atmosphere here that we want to promote and be a part of.”

In addition to the exhibition space, the gallery also offers classes and workshops, and has recently started a residency program that provides a studio space in Pilsen for durations of at least one week to one month.

Although the gallery is owned by its name-bearer, Villeneuve considers it her student collaborators’ space. “I want to provide a sacred, nurturing space for them to create. This is their baby, so they can do whatever they want as long as they abide by the deadlines. I want them to have fun.”

And nurturing the experience has been. The current show was in planning for six months in conjunction with Chicago Artists month, which featured the gallery. The work in the show, however, is all recent, ranging in age from two months to two weeks old.

“We’re trying to add to the contemporary dialog. This is what’s happening in the Midwest,” said Timmerman. As students at SAIC, the two described seeing a wide variety of work, their experiences getting to know their peers, and the different perspectives it’s offered them as key to their work in the gallery. “I’ve been acclimated to things I wouldn’t have considered before,” Timmerman said. “It both limits you and opens you up to new things,” added Noble. 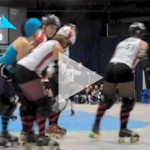 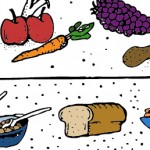