You see a lot of students who aren’t taking care of themselves — and eating is a part of that … they get overwhelmed and aren’t as successful as they’d like to be. Should the school be hooking us up?

SAIC students want to eat. Should the school be hooking us up?

For many, SAIC’s differences from a traditional university — whether it be our grading system or our campus layout — are a source of pride. There is one difference, however, that has been a consistent source of debate: our lack of a meal plan.

Felice Dublon, Vice President and Dean of Student Affairs, admits that “we hear at orientation events that this is something that students and parents want to have at SAIC.”

In response, Dublon says that Student Affairs is in the process of developing a meal plan, though it would not be formally instituted until the opening of a new student center. Considering that the plan for the student center is indefinitely on hold, it could be quite a while before the meal plan materializes, should it materialize at all.

That said, Dublon also points out that the desire for a meal plan was far from students’ minds a little over a decade ago, when the school opened the 162 North State Street Residences. Paul Jackson, the Assistant Director of Academic Advising and Student Success, agrees: “As we opened the 162 Building, we talked to students, and [they] said they weren’t interested in having a meal plan. They preferred to have the kitchenettes in the room.”

Anna Gorman, Senior Resident Advisor in the Chicago Building, adds, “Before we had dorms, most of the student body was older and had established households off campus and would commute to school. They were doing their own cooking.”

Gorman believes that because kitchenettes are available to students living on campus, and because so many students have special diets, a meal plan would not be in the best interest of our community.

Some current students also feel this way: “I like making my own food,” says Dianna Soma, a first-year student, adding: “There are a lot of different choices for food in Chicago … so it would be a waste of [school] resources. I’m actually happy about not having a meal plan.”

However, Debbie Martin, Dean of Student Life, points out that enjoying the city and making use of school resources are “not mutually exclusive.” While many upperclassmen opt to live in one of Chicago’s neighborhoods, something that the school “chooses to support,” she believes that a meal plan can provide “a level of support and convenience” for students living downtown.
Dublon adds that Student Affairs “isn’t looking at the traditional meal plan of breakfast, lunch, and dinner. We don’t want that kind of rigidity. We want flexibility, so students will still have an opportunity to go to restaurants and explore the city.” She hopes this will also encourage upperclassmen and graduate students to make use of the meal plan, though she admits that this is unlikely.

Emily McArthur, a current graduate student, agrees with this assessment. “I’m a grad student, so I cook on my own,” she says, adding that SAIC probably doesn’t have a meal plan due to “lack of student interest.”

Undergraduate Emily Winkle disagrees. While she concedes that not having a meal plan “makes you learn to cook for yourself,” she still finds the lack of school-sponsored food options “kind of frustrating.” Undergraduates like Winkle are the students that the Office of Student Affairs believes would derive the most benefit from meal plans.

The record shows that SAIC’s retention rate might benefit as well.  Dublon says that “we hear about a lot of students who do leave because they haven’t been able to organize their lives in a certain way, and part of that is eating. This is particularly true for those students who are just transitioning from high school to college.” Jackson elaborates: “You see a lot of students who aren’t taking care of themselves — and eating is a part of that … they get overwhelmed and aren’t as successful as they’d like to be.”

Of course, it will be a while yet before students are able to make use of any sort of meal plan. Dublon says that someone has been hired to help Student Affairs explore their options, but they still plan on waiting for the erection of a new student center.

Regardless of the city’s bountiful food options, it stands that SAIC students could use some nutritional support a little closer to home. Although its development is in the hands of the increasingly distant student center, the administration says it is aware of the hardships that come with acclimating to the college experience, and they are eager to help ease the burden. 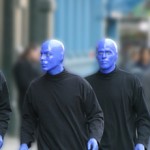