More so than previous comic book films, “Scott Pilgrim” consistently reminds us that the telling of its story originated on paper.

The existence of Edgar Wright’s “Scott Pilgrim vs. The World” hardly seems remarkable in an industry that’s falling ever more in love with comic book movies. With C-List characters like Marvel’s Ant-Man getting their own features, it was only a matter of time before indie houses like Oni Press (Pilgrim’s original publisher) started receiving their due. However, in adapting Brian Lee O’Malley’s graphic novel series for the big screen, Wright stayed true to Oni’s ethos of producing work distinct from the standard superheroic output of Marvel and DC. His “Scott Pilgrim” has a look unlike anything seen in the rest of the summer’s comic book movies. In fact, one could argue that it attempts to define “Scott Pilgrim” in opposition to them, using visual effects like real-life level-ups, O’Malley’s original artwork, and onomatopoeias drifting across the screen — indicating a winking self-awareness lacking in comic book films like “Kick-Ass” or “Iron Man 2.”

More so than previous comic book films, “Scott Pilgrim” consistently reminds us that its story originated on paper. While the mere fact of its production seems to be in keeping with current Hollywood trends, Wright very much wants us to find the content of his film unique.

This becomes a problem when the viewer is confronted with the film’s wafer-thin characters. The protagonists—the titular character (Michael Cera), and his love interest, Ramona, (Mary Elizabeth Winstead)—exist purely as pretenses for the meat of the plot: the defeat of Ramona’s seven evil exes by Scott, providing the fodder for a slew of overly-aware references to comics, video games, and other staples of Geek Culture. The supporting characters serve to spout off witty asides, putting even more emphasis upon the eye candy frolicking across tthe screen.

A defender of the film could argue that this is as it should be: the development of Scott and Ramona as characters is not the point, and any pleasure to be derived from watching the movie stems from the mingling of motifs usually confined to separate art forms and genres. According to this interpretation, the characters and narrative are lifeless, but the film can’t be criticized for being anything other than what it meant to be.

However, the climax and conclusion hinge just as much upon Scott’s last-minute epiphany and subsequent growth as they do upon the defeat of the last evil ex. By being forced to battle with Ramona’s past, Scott is supposed to learn to accept it while simultaneously coming to terms with his own failures as a boyfriend. The visuals and references are meant to serve as an elaborate metaphor for coming-of-age. Simply put, Wright wants us to care about Scott. Unfortunately, nothing in the film compels us to do so. Cera delivers the same performance he’s been delivering since his days on “Arrested Development,” which doesn’t lend itself to the raging jealousy his character is supposed to overcome. Winstead does what she can, but Ramona only has two moods: mysteriously beautiful, or mysteriously bitchy. The visuals still remain charming, but that’s all they are.

While reminding his viewers about Scott’s illustrated origins does something to establish Wright’s “indie-cred,” it falls short of the narrative purpose he had for it. The film’s use of illustrated artwork still remains interesting—not to mention entertaining—but the half-hearted attempt to it infuse it with significance makes the conclusion boring for viewers who only want to be entertained, and embarrassing for those who expect the use of artwork to point to some higher meaning.

Like Uncategorized Scott Pilgrim vs. Depth of Character
« Previous Story 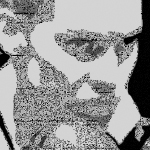 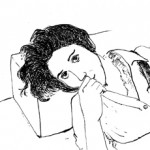