Grajeda
Honoring the brave men and women of SAIC who work in both sonic and visual art, we look at Becky Grajeda, a second year grad student in SAIC’s Sound Department. 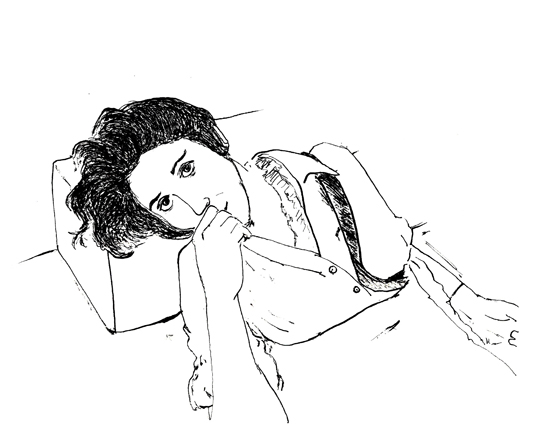 Brandon Kosters: What propelled you towards making sound art?

Becky Grajeda: I used to carry around a tape recorder to record musical ideas, and it became a personal diary, too. I would be in these classes in undergrad [at Kenyon] where people would be making these sounds, and I thought it would be great to make a sonic representation of the class.
Then I was taking a lot of classes about … early 20th century classical music and the [composers] were doing a lot of different tonal clusters, and the dissonance wasn’t so bad to the ears. And then I heard these sound collages. and it was like “Ah! This is what I’ve been wanting to do. People are doing this!” And for whatever reason, I hadn’t done it myself. Because other people had done it before and were experimenting with recordings of trains and putting oscillators to them and what not, it allowed me to do it.

BK: You have a background in more traditional music as well, correct?

BG: I studied vocal performance, singing, and was into jazz for a while, and musical theater. I did a bit of composition as well, too. I also took musical analysis and structural analysis courses. But I should say that I always got stuck. I can make up a snappy melody line, but when it came to harmonic structure, it was the chord progressions and overall structure I always had trouble with.
For some reason, when it became sound and recorded sound, it made so much more sense layering things. You could create these really dense, or seemingly not so dense [compositions] … creating something where [sounds] move within the structure. So I’m just figuring out the structure as it happens.

BK: In terms of making a distinction between sound art and more traditional music … what does this mean to you, in terms of your practice?

BG: Very basically, I think of it as timbre and rhythm. I heard something on the street today that was phenomenal, because of the contrast of this grumbling car and, I wanna say baby carriage, but that’s not right. For whatever reason, one would come in first and then the other would hit. It’s a placement, in time, of each sound and when things come in.
To me, it’s a lot like orchestration and picking sounds that already exist, like an orchestrator would — deciding that a trumpet sounds good with a trombone at a certain point in the piece, and then rhythmically matching it up or placing two rhythms against each other. I like making rhythmic jokes, ya know? It’s never too serious.

BK: What are you working on right now?

BG: I’m kind of in between things right now. I was just working in Prague as part of SAIC’s study trip there, a six-week trip. I was working in the studios there, taking my regular practice of recording sounds that I hear. I was in the elevator of the national gallery, and found that it had a particularly good rumbling sound. I took a bunch of those, and recordings from other spaces, and made a sound collage. I want to do more of those, and just exhaust that until I can’t listen to those recordings anymore. Really, just doing as many studies as I can to push the timbrel possibilities of the piece.

BK: What are you working with, in terms of equipment?

BG: For recording I use a Marantz 671. I use a cardioid microphone, and the software Logic, for the editing.

BG: This is really simple, but … with any music you like, you always hear more the second time you listen to it, right? With visual art, the more you look at it, the more you get out of it. With sound art…my aim is to make something about it catch so you want to listen to it again. I think there’s a possibility within sound to have people dwell on it the way you dwell on a painting.

Another thing I got into in Prague … is this idea of portraiture. How do you create a portrait of someone in sound? I think I was doing that with the elevator. I won’t record people’s voices if I don’t know them or have some kind of connection to them … but the problem with that for me is that it’s usually men that I’m attracted to [laughs] … or people that I love and care about, and they’re usually men. It’s great, but it becomes a very personal experience. I think I have enough ability with sound so that it’s still interesting if you don’t know the person. But of course when I hear it, it’s like a memory for me. 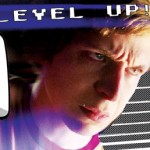 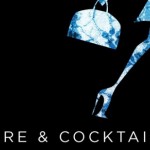 The Joffrey Ballet's Couture and Cocktails