A look at faculty diversity. Whether accidental or not, discriminatory practices/standards/checks are a sign of corruption and the failure of a system that is supposed to help structure the lives and learning experiences of those within that system.

By Eusong Angela Kim May 7, 2010 Uncategorized

A look at faculty diversity 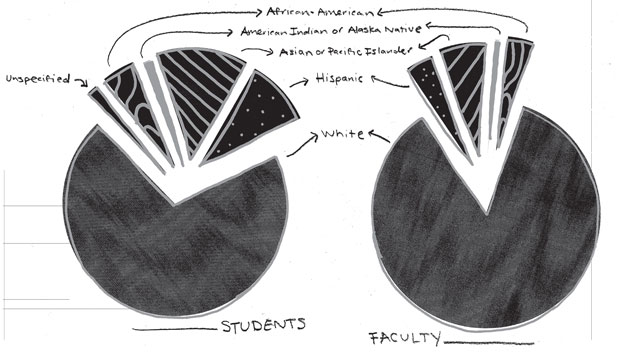 Outside or “rogue” counting happens when a system that promises unbiased standards and checks fails. Whether one has benefited or been marginalized by these standards is irrelevant.

Whether accidental or not, discriminatory practices/standards/checks are a sign of corruption and the failure of a system that is supposed to help structure the lives and learning experiences of those within that system.

When Sauers first began to count, she did so under a pseudonym. She retired some months later to reveal who she was, and continues to actively write for Jezebel.

Whether or not models, fashion, runways, and the like should exist is not the point. Jenna Sauers counted to hold her industry accountable for its employment standards.

We acknowledge that it is easier to point out the flaws of an institution than its positive aspects, but after two years of graduate school here at SAIC, we felt that it was important to address the lack of accountability for diverse representation within the faculty and staff.

The point of this article is not to direct the flames of our anger and disappointment at the school — the point is that these numbers do count. However, if you are part of a marginalized group of people, visibility and the proper allocation of resources will always matter.

Our goal is to push for a more transparent process in the school’s hiring and recruiting practices (because the student body cares), and the kind of academic classes, scholarly discourses and education SAIC continues to promote.

Coming from public institutions for undergraduate school, we were frustrated to find that the statistics were difficult to uncover — SAIC has only recently posted the figures for student diversity on their website, buried in the “Enrollment” link in the “History” tab of the “About SAIC” section.

The numbers for faculty are available — through contacting James Britt in Multi-Cultural Affairs and other administrators — but getting them should definitely not feel like such a maze.

Asian-Americans and persons of Pacific Island decent make up 11% of the school’s student population; 8% are Hispanic; 4% are African-American students; 1% are American Indian or Alaska Native; and 1% chose not to identify their race/etnicity.

We think it is also important to point out that though there is a large Korean community on campus, there are no Korean or Korean-American professors, and that many of the Asian Professors do not teach “art.” Most Korean faculty are in adjunct positions, and a few of these do teach art courses.

There is also a sizable Hispanic community at our school, which is also not reflected in our full-time faculty, and there is only one Hispanic adjunct professor at the school.

In examining these numbers, we had to wonder, exactly what are the diversity commitments at SAIC and how are they implemented?

Though we have not included all the statistics here, it should be noted that there isn’t a great number of adjunct faculty of color at our school. The terminology can be confusing but for many teaching faculty (and students), the labels “Instructor” and “Adjunct” do not include power, academic growth and support and stability.

We are concerned that this institution is still unsure of the merits of these individuals as professors, and that they can be let go with relative ease if need be. This is in no way to dismiss the personal value of adjunct professors but to criticize OUR school for devaluing so many of OUR professors, especially our non-tenured female professors and professors of color, and other marginalized individuals and groups.

From what we understand, a process has begun to hire full-time tenure-track professors for Contemporary Practices (formerly First Year Program). As evidence of the school’s lack of transparency, one must look really hard as only a few leaflets are posted, announcing these candidates and their lectures.

Our rogue counting on this subject (internet research and some interviewing) indicates that of the 16 finalists, none are people of color and none come with experience in post-colonial or critical cultural studies.

It is our experience that one is a token and two is never enough — especially considering the student body population and the lack of diversity in the current faculty population.

We were motivated to write this article because we do not feel issues of diversity in the faculty are discussed enough. And because when we did first address these concerns, they were labeled as “suspicions” by our professors.

If the School does not readily provide clear, up-to-date, and accessible information about the institution, then the School is encouraging an environment of gossip and suspicion.

When information is not easily available, it becomes difficult to even know what to complain about. We believe that it is our right to have access to this information.

We do understand that being women of color and aggressive about our political beliefs will always make things seem personal. We will never be able to be politically angry without first excusing and acknowledging the fact that we, or individuals in positions close to us, will benefit from such demands.

High art, art, ART, films and more are still very white, very male. So then what is SAIC saying? Is it preparing us for reality? Or is it participating in and solidifying the lazy norms of this very small world? 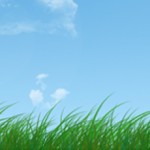 What is Changing? This section.