Monday night here at SAIC started off with a roller-coaster of emotions, when the annual Odyssey Travel Grant lottery took place in the ballroom. 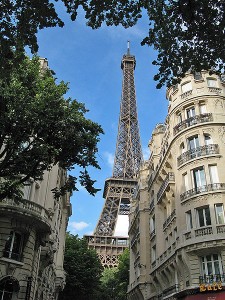 Monday night here at SAIC started off with a roller-coaster of emotions, when the annual Odyssey Travel Grant lottery took place in the ballroom. With hundreds of other wanderlusting hopefuls, my friends and I claimed some prime seats close to the stage and giggled a little hysterically with anticipation, hoping that our entries would be drawn from the great golden cage. Upon being informed that over 1,000 students had entered the drawing, though, a groan spread through the auditorium as we all realized that we basically didn’t have a chance at winning (well…except for those students who actually DID win, I guess), but it was still good fun. Personally, I go to the drawing less out of the expectation that I’ll walk away with a hunk of cash than for a little catharsis and emotional thrill—the shrieks of joy! The applause! The happy dances of the winners! What’s not to love?

The high points of this year’s drawing included two very moving statements from winners, who declared their intention to use the $1,500 to go visit their families in Mexico and Korea, respectively; which made those of us who had slightly more frivolous dreams a little bit ashamed of our avarice. After the 20 $1,500 grants were drawn, three green raffle tickets that had been distributed only to those students who showed up to the drawing were chosen to win a free round trip American Airlines ticket to anywhere in the world, along with $1,000 cash – making us all love Marion Parry, the mind-bogglingly generous benefactress of this whole event, a little bit more. As you probably have all heard by now, the very last ticket Marion drew from the cage was joined to another ticket—and our own prez Duke Reiter decided to give the second person $1,000 out of his own pocket. Meaning that a total of 24 people walked away with 4-digit prizes—amazing.

The only downside was the number of students who won, but weren’t there to pick up their prizes; or the students who were stoic and mute in their victory. I wanted my vicarious joy!! Note to all future winners: a little fist-pumping never hurt anybody.

After the drawing, there was just enough time to grab some over-priced (but deliciously caffeinated) coffee at Intelligentsia before running to the Columbus auditorium to hear Doris Salcedo speak. The auditorium was crowded to the point of the organizers shoving chairs into the side aisles, and they had to turn people away with the promise of a screening of the event on Wednesday the 17th. I was lucky enough to get a seat, but was so close to the stage the only glimpse I caught of Doris was of her fantastic mane of hair rising above the podium.

Truthfully, I find Salcedo’s work beautiful and thought-provoking, and I like her poetic way of discussing her practice, which she describes as an attempt to evoke the stories and memories of the mute victims of violence in her native Columbia, and around the world. She describes her practice as an impotent and failed attempt to restore those voices, but one which is nevertheless necessary.

Despite my admiration for her work, I can’t help but find Salcedo’s self-proclaimed “impotence” a little disingenuous, given the enormous resources she has at her disposal. Furthermore, she is clearly extremely well rehearsed in talking about her own work, to the point that several parts of her speech were word-for-word echoes of her Art:21 video. I didn’t learn anything new about her practice or political position, and the discussion stayed on the surface level all evening. It was a little bit disappointing given the anticipation that led up to the talk, but it’s still exciting to get to hear such an art world notable talk in person. 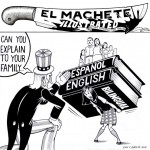