As profoundly stimulating as piss, poo, puke, and gay jokes are, I wasn’t thrilled about this movie.

When I think “John Cusack,” I usually think “shitty but endearing.”

The problem with Hot Tub Time Machine isn’t that it’s shitty, but that it’s not so shitty that it becomes endearing. There are no surprises. It is precisely what you would expect it to be.

Cusack, Craig Robinson (Stand-up comedian who you may know as “Darryl” from NBC’s The Office), and Rob Corddry (correspondent on the Daily Show) play friends who visit a resort that they loved in the eighties, before their lives were terrible. Spilling an energy drink on the control panel of their hot tub somehow transports them back to the year 1986. Young actor Clark Duke, who plays Cusack’s nephew, is along for the ride too. He was conceived in 1986, so any deviation from what happened the first time around jeopardizes his very existence. So Cusack and company set about trying to solve their futures by making better decisions in the past, without preventing the conception of Clark Duke.

Director Steve Pink seems to be working with this formula: Motley Crue, plus puke-covered squirrel sabotaging football game, plus boobies, plus drugs, plus 7 bazillion pop culture references every 10 seconds, plus more Motley Crue, plus older actors who are capitalizing on how pathetic they are, with one young actor who might not even become marginally famous enough to be able to capitalize on how marginally famous he once was, and you’ve basically got Hot Tub Time Machine.

Noteable smaller roles include Chevy Chase as the hot tub repairmen, and Crispen Glover as a one-armed bell boy.

If the film had a saving grace, it would be Robinson. Both times I laughed, it was because of his delivery.

Steve Pink’s mission is to capitalize on the stupidity of 20 somethings with an affinity for bad comedies and 40 somethings who haven’t matured intellectually since the eighties, and he will succeed. 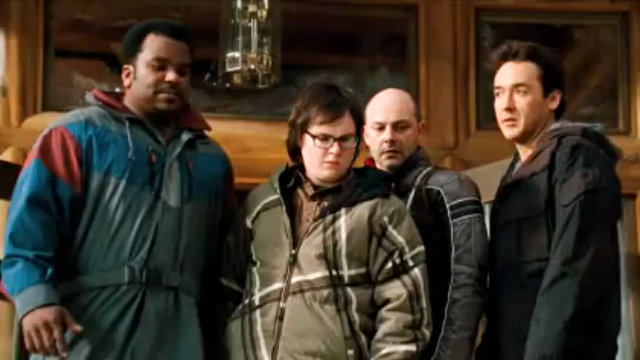 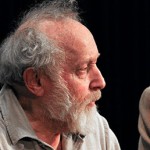