It took just three minutes for news of the earthquake to disseminate to the public on an international level, and in barely over an hour, any Twitter follower could access first-hand accounts of the quake

At 5:18 p.m. he tweeted: “this shiet is still shaking! major earthquake in haiti !”[sic] And, then again, at 6:05 p.m.: “words on the streets part of Hotel Montana fell , exagone is cracked. houses in canape vert fell down #haiti #eq.”[sic] His third tweet includes hashtags, which automatically create a list of any tweets that contain keywords preceeded by “#.”

Not only did it take just three minutes for news of the earthquake to disseminate to the public on an international level, but in barely over an hour, any Twitter follower could click on the #haiti hashtag under the site’s list of “Trending: Worldwide” topics to access first-hand accounts of the quake, directly communicating with individuals in Haiti as the aftershocks continued to occur. Haiti had become the next big thing.

As past natural disasters have shown, the global community is quick to unite in producing relief aid—monetary and item donations as well as volunteer efforts. Most recently this phenomenon was seen in New Orleans after Hurricane Katrina in 2005, and when the Indian Ocean tsunami devastated coastlines in Southeast Asia and Africa in 2004.

However, what differentiates the global response to Haiti from that of the previous two major disasters is the overwhelming influence social media has had in spreading information, fundraising for aid and reconnecting lost families. Disaster relief quickly became as accessible as pop culture trends like sequined blazers and quoting lines from “The Hangover.”

Although there did exist technological tools like blogging and online news sources at the time of Katrina, the idea of a real-time website for instantaneous communication was non-existent—Twitter development did not even begin until early 2006.

Haiti, the poorest country in the Western Hemisphere—quantifiably the same size as Maine—had neither the infrastructure nor the resources to cope with their immediate need for aid. Yet, according to Twitter, within 24 hours of the earthquake the top five most popular trending topics were related to aiding Haiti.

Funding sites were immediately set up via Twitter, allowing Twitter users to tweet and re-tweet donation links at rapid rates. With nearly 40 million unique visitors, Twitter has overtaken social media—taking immediacy to unparalleled proportions. There is no other media concept that is capable of facilitating the immediate and international communication that Twitter supports.

And then there’s Facebook, the tech world’s true inauguration into social media. With over 125 million users logging in daily, the spread of Facebook statuses promoting relief developed as immediately as the barrage of tweets, providing a localized forum in which individuals could go to find donation websites, locate relief organizations and express their support.

Facebook was also used extensively in searching for missing friends and family members, or to spread word of missing persons who had been found. With the recovery search well under way, the status of Agnieight Zik read: “*FOUND* Mr. Emanuel Gauthier is fine his family is in Maryland, Connecticut and his brother in Iraq if anyone knows him let them know!!!!” Suddenly a website on which users “poke” each other and share debaucherous photos of weekend activities was sponsoring one of the world’s most widespread relief aid campaigns.

Hurricane Katrina, the Indian Ocean tsunami and the recent earthquake in Haiti all received aid reinforcement at breakneck speeds; Katrina even garnered higher amounts of monetary aid than either the tsunami or 9/11. But the victims of neither Katrina nor the tsunami had access to the advances in technological aid from the likes of Twitter, Facebook or even cell phones.

iPhones were a thing of the future, and phones sans their smarts trumped those with internet capability. However, with just the touch of a button, donating to Haiti became as easy as sending a text.

Within two hours of news of the earthquake, Wyclef Jean initiated the wave of cellular donations with his tweet, “Please text ‘Yéle’ to 501501 to donate $5 to Yéle Haiti. Your money will help with relief efforts. They need our help.” Sent to the singer’s 1.4 million followers, Wyclef Jean spurred the largest text message fundraising campaign in the history of relief aid, according to Time Magazine.

When texting, tweeting or visiting a donation site listed on Facebook in the age of smart phones, iTouches, and a world that’s constantly connected, the immediacy of action and reaction is instantaneous. What’s the excuse not to donate, when it can be completed simply through a text or a tweet, something that many of us do up to hundreds of times per day?

“This is the first time there has been a major disaster when this type of service has been widely available,” said Yéle Haiti executive director Hugh Locke to Time Magazine on January 13. “People want a sense of participating in the response. There is an emotional need to do something.”

But social media has not only impacted the ability for one to donate immediately, it has turned causes related to a natural disaster into trends, garnering “followers” in the same way one might share a YouTube video, or re-tweet a popular link. It has done what it does best: instigating a bandwagon appeal of immense proportions.

The widespread impact of social media is undeniable, but the power of the technological mobilization for aid relief and support that was exhibited during Haiti’s crisis is overwhelming. When a natural disaster can become a trending topic within minutes, is the resulting social-media driven relief aid genuine, or is it the result of the cultural world jumping on the networked bandwagon?

Regardless of the answer, it goes without saying that the world has never before seen such a rapid dissemination of disaster information and relief aid. Perhaps there is something to being a Twitterized Facebook Fan, Digging and StumblingUpon after all. 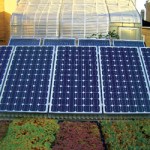