Word to the StreetWise

treetWise vendor Robert Nelson has lived in Chicago for about forty years and started selling StreetWise magazines in 1993 or 1994. He has always… 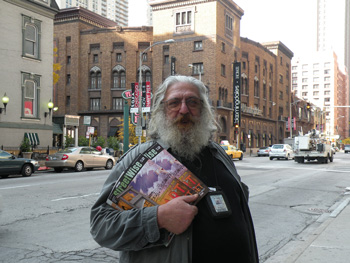 StreetWise vendor Robert Nelson has lived in Chicago for about forty years and started selling StreetWise magazines in 1993 or 1994. He has always sold the magazine in the same location, on the corner of Michigan Avenue and Superior in front of Saks Fifth Avenue. He sells the magazine every day and said, “otherwise [he] doesn’t think [he] would stay afloat.” He says selling magazines is hard work; he remembers one Saturday when he only made three dollars after selling for five hours. “Rain is the only thing that shuts me down,” said Nelson, who has many repeat customers. One of Nelson’s repeat customers was an elderly woman who once gave him $200 before she passed away. He said that was his best sales day.

StreetWise is published by an organization by the same name that tries to keep people off the streets and get those who are on the streets back on their feet. Started in 1993, Chicago’s StreetWise has helped over 8000 vendors become more self-sufficient by providing them with something to sell to make a profit. The vendors sell the magazine for a profit on many corners in Chicago.

According to Ben Cook, the StreetWise production manager, the organization’s goal for its content is to “Give a voice to the under-served.” The organization has two editorial staff members, and quite a few interns and freelancers. The vendors go to the StreetWise office in the Loop at 1201 West Lake Street and pick-up the new issues, which come out on Wednesdays.

Jack Moretti is another StreetWise vendor who has lived in Chicago all his life. However, unlike Nelson, he is a relatively new vendor, having sold the magazine for only about five years. Moretti said his best sales day was, “during Christmas and I made over 125 dollars.” Like Nelson, Moretti has many returning customers. He said he usually starts between 9 and 10 a.m. and his post is outside the door of Trader Joe’s on Ontario and Wabash on Wednesday, Thursday and Friday. On the other days of the weeks he goes where there aren’t very many StreetWise vendors, usually on the west side and the south suburbs.

Nelson said that he was very concerned a while back that, “we were close to shutting down.” Since selling StreetWise is Nelson’s only means of supporting himself, the impact of a magazine shutdown would have been devastating. 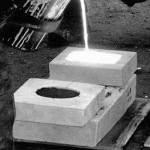 the Year of Iron

Designing "Good Enough" over "Great" Products: Can We Take...