by Andrew Yang
After four years of teaching at SAIC I have reached a disappointing milestone of having now dealt with over ten cases of blatant student plagiarism. What most disturbs me is a sense that I am becoming progressively less disturbed by it.

When passing is just good enough to fail 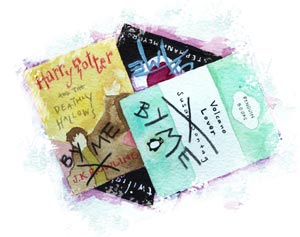 This article has a thread going on the forum, click here to chime in

After four years of teaching at SAIC I have reached a disappointing milestone of having now dealt with over ten cases of blatant student plagiarism. What most disturbs me is a sense that I am becoming progressively less disturbed by it. It isn’t that plagiarism is any less upsetting to me (it always is, like stinging nettles) but I worry whether I’m beginning to accept it as a regular feature of how things are at the School.

SAIC has a fairly thoughtful policy on plagiarism and academic misconduct that all students are supposed to learn in their first-year writing courses and which I also explain in my own courses  (the loss of a grade or course credit being the simplest consequences of plagiarism).

But I suspect that this policy, as thorough as it may be, gives a false sense of meaning. Policies are flimsy stand-ins for an educational philosophy or ethos that a community (ideally)
shares. Along these lines, I’m beginning to think there is an ethos operating at the School, one in which plagiarism is not an aberration but rather a natural symptom of what, for lack of a better term might be called a pervading sense of “whatever-ness.”

I don’t believe there is a single underlying characteristic or cause to the “whatever” sensibility; though its effects are very real, by definition its nature is vague. For example, I don’t think we can trace its roots to SAIC’s no-grades system, to not having undergraduate majors, to gaps in academic advising, or even to a lack of a student center—at least not to any of these factors on their own.  Although it concerns the  whole institution, it is not only a structural issue; it is just as much habitual.

The daily diet that feeds “whatever-ness” are small things that build over time, day-to-day practices like: students coming to class 15 minutes late, chronic absences, and assignments turned in half done, half baked, or simply never done at all. More fundamentally,“whatever” relies on everyone habitually turning a blind eye and accepting this as perfectly normal. Professors turn a blind eye to the slack of students, but likewise students will also give many passes to the sloppiness of professors as well as their peers. Whatever “whatever-ness” is exactly, it invites all of us to give in to a lovely lack of expectations.

And this is where my hypothesis comes from. I no longer feel it is a matter of isolated instances or bad circumstances, but instead a regular and problematic feature of what happens at the School. After all, what does it mean when your colleague tells you with some disbelief that he’s had half of his students fail their art history exam—at an art school?  Or when a student seems to blithely assume they can turn in an assignment a year after it was actually due? A college professor who cares more about his or her students’ work than the students themselves is an absurd state of affairs, but I worry that it is exactly the direction we are moving in.

One might say that my claim of “whatever-ness” is ignorant or unfair given the conditions that students now operate under. Many students are working long hours at jobs, some even full-time, while pursuing their degrees with heavy course loads. Others have family issues, health issues, and a myriad of other difficulties that can divert any person from his or her plans. Students are just worn thin. I have met my own share of these struggling students in my classes, but, interestingly, almost none of them actually accounts for the slack I’m talking about. Is it perhaps because they are precisely the ones who don’t have the option of treating their education as optional?

Though I write as a teacher, I hear many students express the same frustrations with the prevalence of a “whatever” atmosphere. They commiserate about opportunities lost due to poor class dynamics or about collaborative projects that flounder through a semester of lack of presence, purpose, or preparation among their peers.  When we go on to factor in the ridiculously high cost of a private college education (roughly, $3000 dollars per course) the privilege of not attending class or doing the basic work necessary to pass seems extravagant indeed. Whatever-ness is an expensive habit.

But I just misstated something crucial. At SAIC we do not pass or fail people; we give credit or no-credit. Although it might seem semantic, this is an important distinction that students and faculty don’t sufficiently appreciate. To pass a class at a typical university a student needs a grade of 60 or higher. To receive credit, at least at SAIC, a student needs 70 or higher (following the registrar’s standard for transfer credits). This means that the credit system should in fact be more academically stringent than the pass/fail one.

More important, however, is the fact that Pass/Fail is philosophically about “passing.” That is, it is about getting by just enough to avoid failing. Indeed, it is the quintessence of “whatever.” Taking a course “for credit” is quite different. It is about working to a standard that involves care and personal commitment. Students get credit for a course when they have done work that, in terms of both quantity and especially quality, justifies receiving credit. If we tend to misunderstand our system of assessment in such a basic way then the educational philosophy we subscribe to at the School risks its own meaning.

Not surprisingly, this all brings me back to plagiarism. It matters so much precisely because it captures and represents the key features of a “whatever” culture, an ethos that is truly dangerous to a college like SAIC.  In such a culture students plagiarize because they can; professors let it slide because it’s too much trouble to deal with; and both let it go on because, whatever,  “it’s art school.”  It is disheartening how many times I’ve heard  this from both students and teachers alike.

Let’s put the intriguing postmodern nuances of artistic appropriation aside and be honest: the whole purpose of art school is to provide an unparalleled freedom to work creatively and originally— to do something different, important, difficult. The prevalence of plagiarism at art school is then especially ironic and sad because it runs entirely contrary to the reason this unique educational environment exists in the first place. At that rate, students might as well go to any other school (and pay far less for it).

Am I picking on the School?  Yes, I am. I believe SAIC and its students are exceptional and worth the scrutiny.  Sure, we could find some solace in noting that plagiarism is running rampant across campuses nationwide. Or perhaps, more conveniently, place blame on the broader cultural atmosphere of competition, distraction, and consumerism that has us obsessively texting, drinking Red Bull for lunch, and citing Wikipedia as a final authority. Yet regardless of what the favorite totalizing cultural scapegoat is, each simply provides an easy way out, a blind-eye-turning scheme that does nothing to address what is happening at SAIC. It still remains true that plagiarism at an art school is at best insulting to professors and peers, and at worst simply self-demeaning to the students’ creative agency.

SAIC is a remarkable place of making. But, like any other institution, it can slide toward the mediocre if we confuse sloppiness with creative freedom, and “getting by” with an acceptable standard of college-level work. It’s all or nothing, folks. Tuition is too expensive and times are too pressing to waste on sleeping through or faking it. If there is an educational philosophy to be had, I hope this is one place to start. 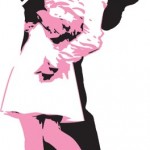