It Is What It Is: Dan Flavin at Donald Young Gallery

“It is what it is, and it ain’t nothin’ else… Everything is clearly, openly, plainly delivered…It’s in a sense a ‘get-in-get-out’ situation,” said Dan Flavin in a 1987 article appearing in Art International…

A Review by Carrie McGath 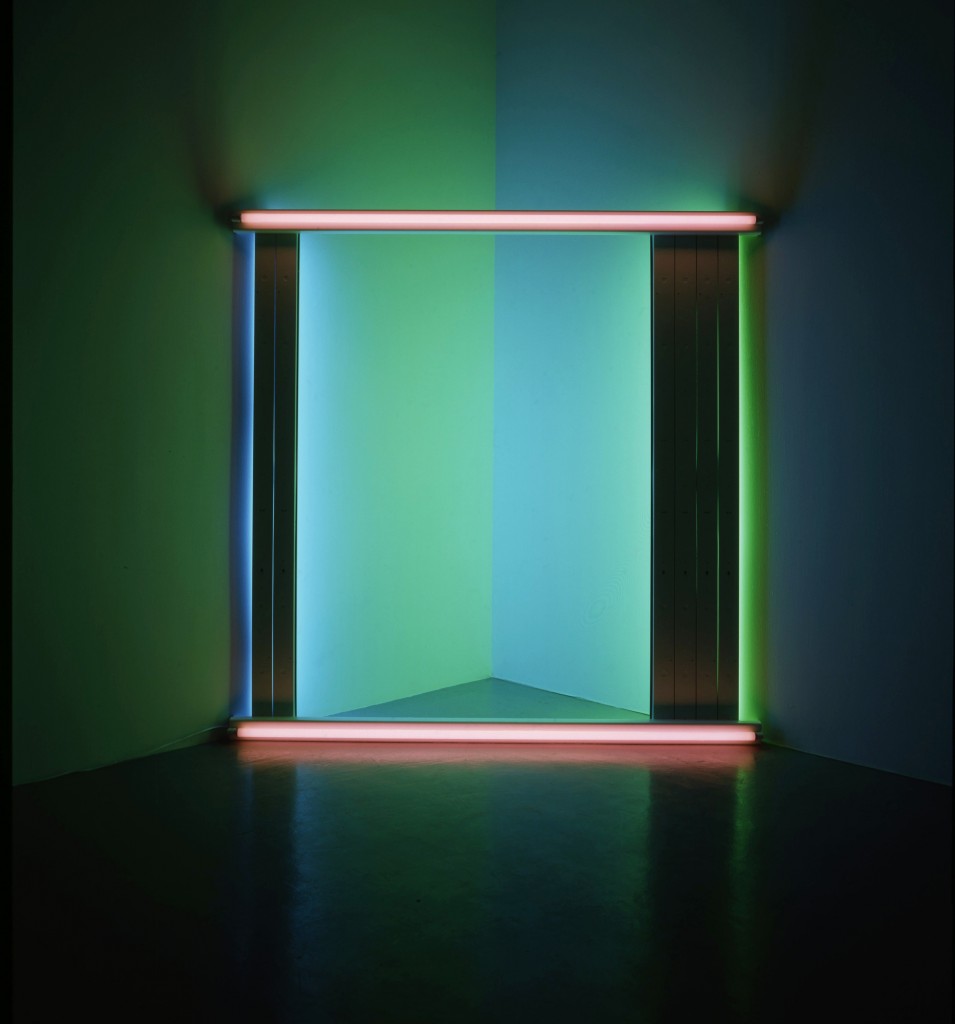 “It is what it is, and it ain’t nothin’ else… Everything is clearly, openly, plainly delivered…It’s in a sense a ‘get-in-get-out’ situation,” said Dan Flavin in a 1987 article appearing in Art International. This sentiment is clear in the minimalist, three-piece installation of Flavin’s work at The Donald Young Gallery going on through November 7. Entering the gallery was like walking into a conversation between opposing positions; a moment eventually lending to this “get in and get out” feeling. And in this discussion was the noticeable progression of Flavin’s work in three significant installations between 1962 and 1990: East New York Shrine from 1962-1966; Untitled (to Ellen aware, my surprise) from 1975; and 1990’s Untitled (for John Heartfield).

East New York Shrine, assembled from a can of Pope brand tomatoes, part of a rosary, porcelain, and an Aerolux bulb housing a savior, demonstrates a departure for Flavin by working against minimalism, challenging it, and flirting with an inescapable cheekiness. 1975’s Untitled (to Ellen aware, my surprise) occupies an immense portion of the space with its pink, blue, and green fluorescent lights to create a square of intense light that nearly crowds the wall’s corners and obliterates its existence. Untitled (for John Heartfield) from 1990, with its tightly realized fluorescent aura, sums up the exhibition, making malleable the taught structures of minimalism with neon bars collapsing against the wall into a haze of pink light. There is an embrace between these two pieces, or perhaps a knowing glance. The coupling of these works in the exhibition sends the viewer to another world, caught between the mild and intense beauty of an electrified homage. Flavin’s pieces are insistent nods to the readymade minimalism first encountered in Marcel Duchamp’s 1914 bottlerack, Flaschentrockner; a nod that Flavin evolves in his use of mass-produced utilitarian items with the added punch of humming electricity. 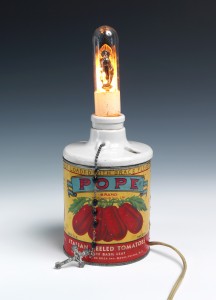 Flavin’s work is both a unique kind of minimalism and a mocking ruse on minimalism. Basic structures evolve and possess the power to change the entire context of the space, challenging minimalism itself. The viewer becomes an extension of the work, entering us in its otherworldliness as not much else could. Flavin’s work challenges its context, it challenges light, it challenges the very walls, corners, and floors that display it, all while challenging the viewer to see it as it is.

Uncategorized It Is What It Is: Dan Flavin at Donald Young Gallery
« Previous Story

SAIC Chapter of IDSA Up and Running

As We Live and Breathe