As We Live and Breathe

As We Live and Breathe, going on through November 7 at the Carrie Secrist Gallery, addresses, from multifarious positions, what it means to exist in our awkward, complex, and contradictory…

A metamorphosis in the West Loop at Carrie Secrist Gallery

a review by Carrie McGath

As We Live and Breathe, going on through November 7 at the Carrie Secrist Gallery, addresses, from multifarious positions, what it means to exist in our awkward, complex, and contradictory modern world. Notions of environmentalism, population, waste, and beauty are investigated in this didactic and affecting exhibition, and works provide a visual aid to elements within culture that are often non-visual, even subliminal.

Upon entering the gallery, the viewer is drawn immediately to Dietrich Wegner’s grotesque pint-sized sculpture Cumulous Brand, Sebastian as Grandma Susan (2009) of a branded baby assembled from silicone, hair, glass, and urethane. Like many of the other artists in the exhibit, Wegner is pointedly playing with the idea of consumerism and its commodification of altruistic causes. The display of logos, causes and companies on the baby’s body illustrates the ways in which the populace is force-fed subliminal manipulations through advertising. Wegner’s baby provokes mixed emotions; demanding us to trust the image she procures while revealing the sinister elements underlying this image. This manipulation by the artist of the viewer adds another layer to the work, expressing the manipulation that constantly surrounds us.

In Guy Limone’s In 2004, the Urban Population Accounted for 804/1000 of the Total Population of the United States (2008), plastic figures playfully oscillate between humor and social commentary. The fact that something so small in size expresses numbers otherwise incomprehensible adds an extra irony to the work. The installation hangs purposely near the hallway that leads to the other gallery spaces. Being only moderately noticeable, this placement alludes to the possibility of being overlooked just as the issue of overpopulation often is.

Megan Greene’s photo-collage work brings to mind the collages of Surrealists such as Max Ernst and Dadaists like Kurt Schwitters. Greene’s collage techniques trade in precise and scientific layerings of materials that draw connections between humanity and nature. This layering brings to mind methods of grouping and subgrouping species of organisms.

As We Live and Breathe is a show conjured from the necessity of probing the inner and outer realms of the self. The meta layers prevalent in many of the works provides an extra unique perspective that mirrors the complex layers of our social fabric. The gallery’s space invites the viewer to explore the intertwined perspectives of the world where we all live and breathe.

Uncategorized As We Live and Breathe
« Previous Story 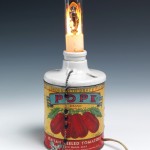 It Is What It Is: Dan Flavin at Donald...

One Response to As We Live and Breathe