Gatekeeper have decided to forgo the image altogether, molding the tropes of horror soundtracks into jagged shards of electronic dance that asks their audience to imagine the terrifying scenes infused in their sound 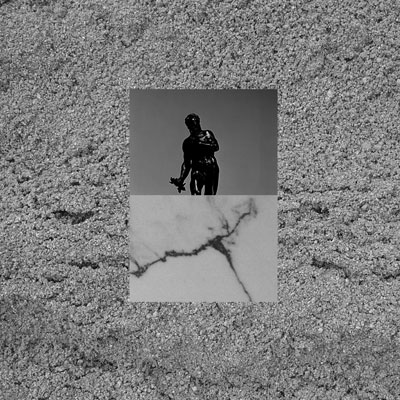 “[Dario] Argento’s classic horror films developed a language that relied on music as a narrative directive as much as any other device,” says Aaron David Ross, one half of Chicago band Gatekeeper.

For anyone into the band Goblin, Ross’s comments about the primacy of music in the development of Argento’s aesthetic seem fairly obvious. Yet for many film historians, the power of the image is still over arching. Sound tracks are meant to function to bolster the image and its power to mesmerize, to mask the fact of it being an image.

However, for filmmakers like Argento, and an entire canon of ’80s horror genre auteurs like John Carpenter and Brian de Palma, the musical scores to these makers’ films are a large part of their iconic status. And while such scores don’t quite throw the viewer out of the frame, they don’t entirely function to suture them into it either. “To say that the music takes a backseat [to the image] is missing the idea that the feeling is what makes the films so powerful, the music is as key an ingredient as anything else,” Ross says.

It’s fitting, then, that Gatekeeper have decided to forgo the image altogether, molding the tropes of horror soundtracks into jagged shards of electronic dance that asks their audience to imagine the terrifying scenes infused in their sound.

Matthew Arkell, Gatekeeper’s other half, explains why the duo are so drawn to these sound tracks: “Both of us grew up in the ’80s and have nostalgic connections to horror and sci-fi films from this era, films which were deeply augmented by their sound tracks. This is the music that terrorized our childhoods, so naturally we feel a sacred and symbolic connection to it.”

“We specifically enjoy scores that use early synthesizers and drum machines; the sound palates are similar to our other
musical influences such as

Italo disco and early industrial,” offers Ross. “Since our music is instrumental, we sometimes rely on spoken vocal samples or sound effects to create rhythm and refrain, and this ties directly into the cinematic practice.”

This marriage of musical forms directly reflects the duo’s own particular musical backgrounds. “Gatekeeper is the synthesis of symphonic and dance music. Our backgrounds directly enable this,” says Arkell. “Aaron’s classical background, with a specific focus on film scoring, is key to the majority of Gatekeeper’s melodic and harmonic content, while my dance music sensibilities ground us in a seminal tradition of electronic dance music.” Ross is currently a graduate student in SAIC’s Sound Department. When asked if his education at SAIC has influenced Gatekeeper’s process, he cheekily retorts: “Gatekeeper occasionally makes use of SAIC’s cool vintage synths!”

Gatekeeper aren’t trying to update the musical tradition they are a part of. Instead, they want to re-contextualize the tropes of horror sound tracks within the tradition of electronic music from that era. “It’s kind of shocking to us that we haven’t found many examples of this type of film score in tandem with dance music, the fusion seems to occur so naturally,” says Ross.

Gatekeeper’s synth-laden progressions play out in a discotheque of fluorescent lights, unfurling green mist, bad special effects and cheap parlor tricks. It’s a dance-party, for sure, but you’re probably not coming back alive.

Gatekeeper play with Ga’an, White Car and Mister 666 on Halloween (10/31) at the Co-Prosperity Sphere, 3221 S. Morgan, 10pm, all ages.
www.myspace.com/iiigatekeeperiii 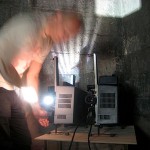 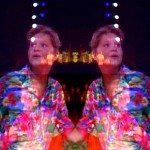