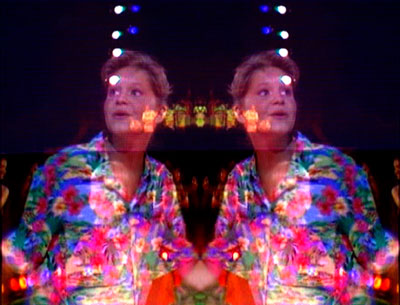 Popular music, itself a lively contemporary art form, is also the subject of a broad range of contemporary art. There are Seth Price’s meta-historical mix-tapes, which usually drag forgotten forms of music out of the dustbin of history (early video game soundtracks, something called New Jack Swing) and place them into attenuated sound collages, which could be seen as audio equivalents to found-footage moving-image essays. Price takes the vernacular form of the mix tape and uses it to trace the minute movements and shifting tides of forgotten culture.

Another take on popular music comes from Oliver Laric, whose work often explores the way people participate with the music they listen to. Laric’s pieces 50 50 and 50 50 2008 both piece together entire 50 Cent songs from 50 different YouTube videos of users singing along to those songs. Each clip is similarly staged, with the performer singing directly into a webcam, mouthing the words or rapping along. Laric conjures a world in which identity is diffuse, scattered about among so many online vids; both the similarities and the small differences between the users are monotonously, yet mesmerizingly, driven home.

Another expert at pop music appropriation is film and video artist Michael Robinson. Robinson’s modus operandi is to involve the viewer in waves of bald sentiment and then slowly inch them towards an experience of alterity, and pop music usually serves his purposes nicely. In Robinson’s Hold Me Now, a scene of what looks to be a hysterical woman in conversation with her lover is paired with the karaoke sing-a-long text for the Thompson Twins’ song Hold Me Now; the lyrics light up when they are supposed to be spoken, so the viewer forms the vocal melody in their mind, and thus seems implicated in the action on screen.

A similar trick is performed in Ryan Barone’s Empty Orchestra, which is a silent video in which the lyrics to the Talking Heads’ Once In a Lifetime appear on screen in time with the absent music; the song proves to be so lodged in our cultural memory that we can’t help but hear echoes of the music as we read the words on screen.

Pop music appropriation is certainly nothing new in art. As far back as 1922, T.S. Eliot inserted a line of That Shakespearean Rag into The Waste Land, transforming a joyous chorus into a hysterical mental breakdown. And of course, in the world of film, Bruce Connor and Kenneth Anger stand out expert appropriators of pop; the first using the music as a kinetic backdrop to his explorations of America’s collective unconscious and the latter transforming 1950s American staples into the soundtrack for obliquely occult rituals.

But there seems to me to be something new about the way that artists are dealing with popular music. We live in an age of great anxiety about the relationship between cultural products and personal identity; how is it that things come to define us, and what does it mean when those things are disseminated through corporate channels? Popular music stands at the center of this anxiety because it is so often assuredly corporate, but it speaks to us on a level so immediate and visceral. Few people can resist the simple pleasures of cheesy pop, but what does it amount to when a person gives in to those pleasures? It seems to me that so much contemporary art deals with pop music not in order to give a ruling, but to use it as a set on which they can stage some of our modern anxieties.

Uncategorized All Together Now
« Previous Story 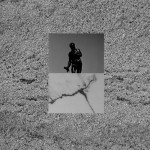 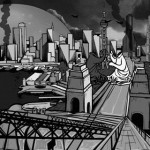