What has Obama done for us lately?

It may be difficult to sift through the heaps of extraneous media coverage to discover Obama’s successes and failures.

Change You Can Believe In

Even nine months into the Obama presidency, it may be difficult to sift through the heaps of extraneous media coverage to discover his successes and failures.  With the health care reform bill stuck in Congress and Guantanamo still up and running, it may seem like the new administration has not made much practical progress in achieving its stated goals. So just what has Obama accomplished since January?

There are multiple websites dedicated to tracking the President’s progress on more than 500 campaign trail promises. According to PolitiFact.com’s “Obameter,” 34 of his promises have beenfulfilled. These include: expanding funding for AmeriCorps, banning lobbyists from giving gifts to employees of the executive branch, investing in alternative energy, increasing funding for the National Endowment for the Arts, expanding hate crime legislation to include sexual orientation and bringing a puppy into the White House.

Of course, President Obama can’t deliver on every promise made. So far he has retreated on seven promises. He has failed to eliminate income taxes for seniors making less than $50,000 a year. He has also rescinded his promise to allow five days of public comment before signing bills, negotiate health-care reform in televised sessions on C-SPAN and formally recognize the Armenian genocide. According to the “Obameter,” 374 of the President’s promises are still rated as “no action.”

There is reason to be optimistic. Compromises have been reached on a dozen of Obama’s proposed policies, and over 70 are currently in the works. Some of these goals—such as withdrawing troops from Iraq—will take time to achieve, and many of the specific promises he has made are part of larger reform efforts.

Uncategorized What has Obama done for us lately?
« Previous Story 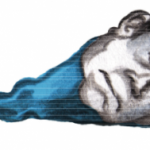