By Cynthia Pelayo
On July 16 the School of the Art Institute of Chicago hosted a casting call for “The Untitled Art Project,” a reality television series produced by Magical Elves (“Top Chef” and “Project Runway”) and Pretty Matches (Sarah Jessica Parker’s production company). The new hour-long program will feature thirteen aspiring artists who are competing against each other for the winning prize—a potential gallery exhibition, cash prize and national tour.

According to Bravo’s press material, “we want voices that believe in their art and want the world to know.” The series is tentatively scheduled to air on Bravo in the winter of 2010.

Over 500 people, including SAIC students and alumni, lined up outside of the Sullivan Galleries with portfolios in hand and hopes to advance to the next level. SAIC alumni, Michelle Maynard and Teena McClelland auditioned for the competition and had a positive experience.

“It was so much fun to stand in line and talk to people all day,” McClelland said.

Maynard and McClelland are creators of Death by Design, Co., a special effects video-based company that constructs film sets and immersive environments. When they heard about the casting call, they thought the opportunity would be the perfect place to display their talents.  “In this way, the reality TV show format compliments our approach, methodology and makes us ‘Stars’ while we make other people into ‘Stars’,” said McClelland.

“We were, of course, in full-on ‘Death by Design, Co. deathface’ and connected like Siamese twins, so everyone wanted to take their picture with us.

We are pretty excited to be the characters that Death by Design allows us to be, so we felt confident and creepy all day long.  For the most part we felt good and in the right place.

“I would do it all again and again,” McClelland said.

Nancy Crouch, Special Assistant to the President and Board Liaison for SAIC, said that Bravo was pleased with their choice to have SAIC host the casting call. “We gave them a space, and we helped provide screeners [admission counselors]. They were very happy that we had the expertise to see if these folks could move on to the next level,” she said.

“In terms of Chicago, it was a no-brainer to do an open casting call at The School of the Art Institute,” said Nick Gilhool, Casting Director of Magical Elves. “In terms of arts education, SAIC’s reputation is incredible. It helped us legitimize this new program. Plus, there are so many amazing people who went there, so the alumni network is very strong,” he said.

For privacy reasons, Bravo does not allow casting call participants to disclose whether they advanced to the next round.  McClelland’s could only say that “he possibilities are endless, as long as we keep taking our vitamins, and getting a moderate amount of sleep at night. We are happy about the future.”

all photos by Danny Hsu 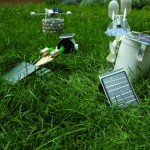