“Good students,”MacDonald says, “feel obliged to fulfill every expectation anyone has of them.” They develop “a hunger for new forms of experience.”

When P. Adams Sitney, a historian of American avant-garde cinema, spoke at Light Industry in Brooklyn last year, he commented on the sizable turn out, and remarked that he never expected avant-garde cinema to have as large an audience as it does today. Film historian Scott MacDonald, who has been teaching the subject for over 30 years, added, “In recent years there has been an increase in interest in avant-garde film. Certain forms of avant-garde film now seem to please a much larger range of viewers than I ever remember happening before.” Ed Halter, co-founder of Light Industry, remarked that, “restorations and revivals of artists like Paul Sharits and Hollis Frampton now get mainstream art-world attention and large crowds in a way that I don’t think they would have in the last decade. It’s certainly something that has been building since the mid-90s to now.”

This resurgence of public interest in the historical movement is clear with the recent publication of the MIT Press anthology Buffalo Heads: Media Study, Media Practice, Media Pioneers, 1973-1990 and On the Camera Arts and Consecutive Matters: The Writings of Hollis Frampton. Also making a debut in the same six month period is the National Film Preservation Foundation’s Treasures IV: American Avant-garde Film, 1947-1986. It would seem American avant-garde film and electronic art are back.

Buffalo Heads, much of which focuses on the emergence of new technologies, is a glossy, hefty tome, filled with facsimiles and reproductions. The book is divided into eight sections, each one dedicated to one of the professors who helped define Buffalo’s influential Center for Media Study: Gerald O’Grady, Hollis Frampton, Paul Sharits, Woody Vasulka, Steina Vasulka, Tony Conrad, James Blue, and Peter Weibel. Vasulka and Weibel also co-edited the collection.

Buffalo Heads captures an interesting moment in art history; within the context of an art world preoccupied with process, artists seeking to make use of technology faced an interesting conundrum. The entire purpose of consumer technology seems to be to render process invisible. This is what it means to be “user-friendly.” So, many technologically oriented artists went about divorcing form from function — from the traditional functions assigned to technologies, and from the functions of representation and narrative. This is what helps unite the technologically-driven artists like Woody and Steina Vasulka with the more materially-based artists like Tony Conrad and Paul Sharits.

Sharits’ also makes an appearance on Treasures IV, with his film Bad Burns. Re-photographed from damaged (burned) footage, the work expands the impression of Sharits that some people might have had from his more lapidary, and more frequently screened, color-field flicker films. Another rarely screened gem on Treasures IV is George Kuchar’s I, an Actress, in which the director is filmed completely upstaging his actress by showing her how to ingenuously give a disingenuous performance.

The only filmmaker who appears in all three of the releases is Hollis Frampton. On the Camera Arts, edited by Bruce Jenkins, expands on Frampton’s hard-to-find 1983 collection of essays, Circles of Confusion. The additions are welcome, and the stills from his films contribute much to understanding Frampton’s writing. The essays, interviews, and letters show a thinker with erudition to spare; the style is that of the most vital and exciting academic writing mixed with a Borgesian wit, and a Godardian penchant for elliptical and epigrammatic provocation.

This may be part of the reason that Frampton is peppered throughout Godard’s epic 8-part film-essay, Histoire(s) du Cinema. Frampton believed that with film there was the possibility of creating an art form “isomorphic with consciousness,” and nowhere is this more clearly and approachably demonstrated than in his film (nostalgia), featured on Treasures IV. The film purports to be the memories associated with a collection of photographs taken by the narrator – except the audio for each photograph is always trailing behind the image of the photographs, and the photographs are shown burning away on a stove, giving the viewer little (and clearly delineated) time to try to mentally reconcile the audio just heard with the image now being seen. To add another level of confusion, the voice heard speaking is not, in fact, the voice of the man who took the photographs; the voice is Michael Snow, while Frampton himself took most of the photographs.

So why all the attention on the subject now? Why should films two decades old suddenly receive so much interest, and what does the old avant-garde have to contribute to aspiring artists and filmmakers today? MacDonald credits the rise in popularity, in part, to a generational pressure towards conformity, which leads to a desire for release: “Good students feel obliged to be good at everything, to fulfill every expectation anyone has of them; there is a tendency toward conformity that’s similar to the early 1960s.” They develop, he believes, “a hunger for new forms of experience.”

MacDonald may be on to something, but it’s also possible a lot of this revitalized interest is related to advances in technology, specifically sites like YouTube and Vimeo. While the techniques of European vanguard cinema from the 1960’s were quickly adapted by mainstream Hollywood (rendering them palatable to mainstream audiences), many of the techniques of the contiguous American avant-garde were taken up by twin mediums – advertisement and music video – both potent symbols of “the inauthentic” in the modern world, and thus anathema to intellectuals and artists. But video-sharing sites, along with various consumer technologies, have rendered many of these techniques (from rapid editing, the use of repetition, found imagery, artless acting, to extremely long takes and hyper-manipulated footage) so ubiquitous that they’ve ceased to seem like marked categories. As Ed Halter commented, “we’re in a very experimental moment when it comes to media right now.” 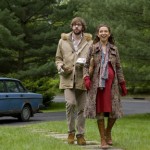