Away We Go, the latest offering from Academy-Award winning director Sam Mendes, is a romantic comedy that follows young, expecting parents Burt (John Krasinski) and Verona (Maya Rudolph) as they travel across North America in search of their ideal home.

In our interview, Mendes, well known for his work as a stage director and for his films American Beauty (1999), Jarhead (2005), and Revolutionary Road (2008), spoke about constructing the film. Clearly, Mendes values the artists he works with and encourages them to flourish.

He spoke fondly of working with Dave Eggers and Vendela Vida, the writers of the film. “It was a lot of fun,” Mendes said, “they’re proper writers, words pour fourth.” Mendes went on to say “any time you’re working with the real deal, it’s a pleasure as long as you treat them with respect” rather than treating the writers as “hacks who are just transcribing your ideas.”

While language plays a very important role in the film, Mendes balances the text with rich cinematography, so neither dominates the film.

“The film does have very talky scenes,” Mendes said. “What we have is two movies going on simultaneously. The first story is about the people. The other movie is about the landscape. We need to feel like their story has a bigger meaning. The cinematography, music, and colors almost serve as another character in the film.”

Fans of both The Office and Saturday Night Live will be pleasantly surprised to see Krasinski and Rudolph performing roles that showcase their versatility.

“I was interested in playing against the pre-conceived notions we have about who they are,” Mendes said about the pair. He says that contrary to what we believe about Krasinski based upon his role as Jim in The Office, Mendes considers him more “tigger-like. He’s a wired beanpole, full of ideas and improvisations.” Similarly, he asserts that Rudolph is capable of more than zany comedy. “Maya is not at all like the Maya on Saturday Night Live. She’s [a] very centered, very calm, very earthy and sweet person.”

When asked about the similarities between working in theatre and film, Mendes said that “it’s the same [in that] you’re telling stories that last two hours…in every other respect it’s different…Theatre is like making a clay pot on a potters wheel. You see it changing shape the whole time. If you stick your finger in it, it goes haywire. Movies are like doing a mosaic. You take all the different parts, put them on a box, place a lid on the box. And when you open up the box months later, you hope to fuck it looks like something.”

Mendes is interested in where the two media converge, saying that he strives to “make my theatre more like my films, and my films like my theatre.”

While Away We Go may feel a little lighter than some of his previous efforts, Mendes states that his objective is always to produce a piece that is engaging and believable. “I don’t think of anything as a comedy or a tragedy. My job is to make it feel real.”

Mendes cites Maggie Gyllenhal’s role in the film as an example. Gyllenhal plays an eccentric hippie/young mother who contributes some of the funniest scenes to the film. “Maggie plays this role extremely seriously. What’s important for me is that she believes everything she says. The fact that the audience laughs at her? That’s their decision.”

Regarding the role of lyrics in his films, Mendes says, “It’s like you want them to sort of brush against the movie and leave a color. I edited the music so that it felt like the lyrics fell in the right place. A sense of longing, and a sense of melancholy, that articulate a part of the film that might otherwise have been lost.”

Just as Mendes is averse to exerting too much control over his writers, he feels the same way about collaborating with musicians. “If you get too technical with them, they lose spontaneity. They lose life.”

Away We Go proves to be rich with both life and spontaneity. The film opens June 12th, 2009.

Uncategorized Away We Go
« Previous Story 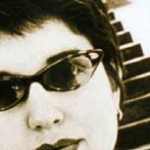 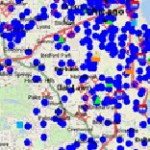 What will be the cost?

2 Responses to Away We Go