“Our Literal Speed” symposium in Chicago.

By Joel Keunnen May 1, 2009 Uncategorized

Theory geeks, rejoice! “Our Literal Speed,” a traveling art and theory exhibition and conference, put together by Midway Studios at the University of Chicago, is making its way to our city this month. Situated between last year’s symposium in Karlsruhe Germany and next year’s in Los Angeles, OLS seeks to, in their own words, “manifest the imperatives that materialize the theoretical and the pedagogical.” In other words, they seek to lay bare the causation behind the edifice of the abstract, the taught and shit like that.

Taking the form of a “media pop opera” (again, their words), this conference  hopes to find new angles and methods of discursive discourse. Accompanying the conference will be an exhibit at Gallery 400 at UIC that runs from May 1 through July 4, a “May Day march,” exhibitions at the Renaissance Society and Smart Museum, and a performance by Jackson Pollock Bar. JPB is an interesting phenomenon: put on by actors, it attempts to show the performative aspects of theory through reenactments of skits/lectures produced by groups such as Art & Language (who will also be participating in OLS), as well as performances of their own work.

So, wondering what you are in for? I asked an anonymous organizer (the organizers like to remain anonymous, since there are no original organizers and the project supposedly “just happens”) about the hybrid nature of performative theory that this conference seems to spotlight, and what we should expect from this specific constellation. Response: “Walid Raad’s presentations are great—and one of the sources of OLS—they are incredibly hard to track: they seem totally ‘straight,’ but then they veer off into these hard to define zones. Sharon Hayes employs a kind of directed hyper sincerity. Tony Cokes and Andrew Perchuk present a mix of things: music, lecture, powerpoint, silence. If you go to our website, and look under commentary, you will find Tony Cokes comments on OLS in ZKM in 2008 (it says something like Reflections of a Participant—it’s a good rundown of OLS’s ideal atmosphere.”

Sounds good to me… After all, with the semester coming to an end, I could use a good mind-copulation! 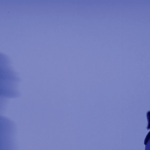 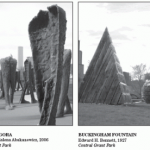