The recently impeached Illinois Governor, Rod Blagojevich, was elected to office in 2002. His original campaign promised a change from the business-as-usual pay-to-play politics that have come to characterize the political climate in the Land of Lincoln. Following rumors of rampant extortion and suspicious hiring practices in the preceding administration under Governor George Ryan, Blagojevich’s message of reform played well with an exasperated electorate.

The Ryan scandal involved (among other things) issuing commercial and trucking driver’s licenses to unqualified individuals in exchange for bribes. The license-for-bribes scandal released two thousand illegal and untrained drivers onto the roads, and resulted in numerous crashes—several deadly. An accident involving one of these unlicensed drivers killed six children and led the investigators back to Ryan’s bribe scheme in Springfield.

This kick-back scheme did not simply engage in the typical sort of crony-ism, nepotism, and pocket lining surrounding government contracts, hiring and promotion. Rather, this despicable situation resulted in the loss of human life. Ryan’s betrayal of the mandate to rule in the best interest of the citizens of Illinois did not go unpunished. Ryan was indicted and is currently serving
time in Indiana.

Recently, several noted Illinois politicians—including Senator Dick Durbin—have suggested releasing the aging Ryan so he can support his ailing wife. His release would represent a heinous double standard. This sort of pity/prestige pardon, which would result in releasing guilty individuals due to their age or a family circumstance, negates the very legitimacy of the court’s ruling and would indicate a willingness to excuse and accept political or white-collar criminals as not subject to the same set of judicial and legal procedures as ordinary criminals. There are, no doubt, numerous aging inmates whose situation mirrors Ryan’s—they, however, lack senatorial sympathy. However, Ryan did not receive the coveted and expected Presidential pardon as part of the Bush administration’s death rattle.

The Blagojevich scandal (as it had been revealed thus far) does not involve ordinary graft, but rather seems to involve schemes, threats, and maneuvering that reflect an imbecilic degree of hubris. Blagojevich’s rise to the governor’s mansion is indicative of the complex and powerful patronage systems, which, when played right, can produce an adequate opportunity to garner statewide influence.

What is unusual about Blagojevich’s activities—as indicated in the warrant for his December 9 arrest—is that they did not merely involve the typical favors/contracts/jobs-for-cash practices which would develop a loyal network of fundraisers, activists, contractors, and political muscle. Rather, Blagojevich’s recent schemes reflect his estrangement from the political machine that propelled him to office in the first place, as well as complete loss of critical judgment.

It should be noted that the reforms Blagojevich hinted at did not completely go awry. Among other things, he was responsible for a number of public initiatives, including the All Kids plan, which provides state health insurance for all children under 18, and a scheme to give senior citizens a free ride on the CTA. Yet these few positive initiatives aren’t enough to redeem Blagojevich from the pit of corruption he dwells in.

Blagojevich’s activities had been under federal investigation since 2003 for more common sorts of hiring and contract fraud. It appears as though this scrutiny did not deter Blagojevich, however, from threatening to withdraw state funding for Children’s Memorial Hospital, when its CEO failed to contribute to the governor’s coffers last year. Even the most deplorable political grafters ought to know how to save face by avoiding intimidating the most sympathetic of organizations. In this instance (among others), Blagojevich demonstrated his lack of fluency with the role of benevolent despot and careful criminal.

The allegations surrounding his naming of President Barack Obama’s replacement in the Senate make manifest a total loss of prudence. Blagojevich’s language and presumptions in the transcripts of the wiretaps indicate a break with all norms of reality and humility. His position as sole arbiter to fill the vacant senate seat prompted him to embark on a megalomaniac paper chase rather than fulfill his role honorably. When Blagojevich’s indiscriminate search for politicians willing to play ball appeared to be fruitless, the wiretap transcripts have the Governor proposing to appoint himself, in order to prepare for a 2016 run for President.

Let me repeat this information so that it fully sinks in: Blagojevich spoke openly with regard to a bribe scheme of grand proportions, while under federal investigation, and believed that appointing himself Senator would put him into position to garner a Presidential bid.

Accusations related to these irrational impulses and activities that have come to light in last couple of months have been met by the Governor with pig-headed defiance. His recent post-arrest appointment of Roland Burris to the Senate seat in question, as well as his refusal to step down from his own position, is representative of a lack of reasonable judgment and continued insolence.

Blagojevich is decidedly unfit to govern—an activity he never really engaged in in the first place. The Illinois House of Representatives has impeached Blagojevich in an effort to put a stop to what has been called by US Attorney for Cook County Patrick Fitzgerald a “political corruption crime spree” or, more crassly, a “freak show,” by Illinois State Representative Jack Franks. The Illinois Senate vote to approve removal and begin an impeachment trial was yet to conclude at the time this article was written.

Blagojevich has endeavored to present himself as a populist in the grips of what he callously referred to as a “political lynch mob.” Beyond this gross and offensive misuse of hyperbole, what this indicates is that Blagojevich will likely try to drag down as many others as possible if he does take the fall, and certainly indicates that this situation will not end gracefully, since Blagojevich seems to fail to recognize that the center of this controversy is his gross abuse of power.

The campaign of reform that propelled Blagojevich into office has proven to be folly as he joins the infamous and capacious ranks of indicted Illinois politicians—just another chapter in the business-as-usual pay-to-play politics of the Land of Lincoln. 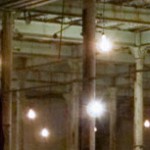 The Sight of Music: Joseph Grigely’s “St. Cecelia” at...