No other candidate presented a program that went into as much detail as Obama’s, and if he manages to implement some of his campaign promises the outcome could be very encouraging for both art education programs and working artists.

Obama’s art policies, as outlined during the campaign, are both sweeping and somewhat revolutionary. No other candidate presented a program that went into as much detail as Obama’s, and if he manages to implement some of his campaign promises the outcome could be very encouraging for both art education programs and working artists.

One of the goals set forth in his campaign was to “reinvest in art education” as a commitment to remaining a competitive force in the global economy. His tracts on the matter quoted the president of the National Endowment for the Arts, Michael Dana Gioia, positing that art education exists to form individuals who have a complete set of skills, beyond the base requirement for passage from class to class, such as reading and math. In order to reinvest in art education, he presented a series of detailed proposals.

The first proposal was to increase funding for the U.S. Department of Education’s Arts Education Model Development and Dissemination Grants, an organization that promotes partnerships between schools and art associations.

The second, and rather more exciting, proposal was to create a corps of young artists who would be trained to work and teach in economically depressed school systems. This New Deal-esque vision would help not only implement viable art programs in areas that lack the funding to create them of their own accord, but would also present many recent art school graduates with the opportunity to shape the future of the nation’s art curricula.

His third promise was to publicly champion the arts by underscoring how important art education is to the global development of any student, even the ones who do not go on to pursue a career in the arts. Obama also pledged to increase funding to the National Endowment for the Arts (NEA), which has suffered from massive budget cuts under the previous administration, to promote cultural diplomacy, provide artists with affordable health care, attract foreign talent, and ensure fair taxation to working artists.

Obama’s pledge to increase funding for the NEA (and other organizations) by reaching out on the federal level leaves many leaders in the art community slightly skeptical. In the face of the global economic crisis we find ourselves mired in, how much funding will really be available? As Obama proposes to bail out Wall Street and return our financial institutions to equal footing, we must consider that art education programs may be very far down the list of recipients of federal funds.

Lesley Friedman Rosenthal, the Vice President and General Counsel of the Lincoln Center for the Performing Arts, wrote in a December 17 article that the way to re-invigorate our art programs is not necessarily to increase funding by the federal government, that in fact a surge in funding in this economic climate is unlikely, and that it would not be nearly enough if it did happen. She encourages the Obama administration to consider the alternative, which is to create a coordinated national arts policy and learn from local and state governmental art councils that have proven to have much more funding capacity than federal programs, distributing roughly ten times as many grants as the NEA. Friedman also assures us that this does not have to be expensive. By siphoning off extra revenue generated by specialty license plates or providing an optional check-off on income tax to support the arts—the policies in California and Alabama, respectively—a sizeable budget for the arts could be created from scratch.

The idea of creating an artist corps could be a brilliant move for this administration, because it is something that the federal government could create for relatively minimal cost and unleash in areas where art education does not get the sort attention it should because of economic realities.
It would provide a large group of young artists with employment prospects and the ability to influence future art policy by implementing it in a real way.

As city and state budgets have seen dramatic slashes over the past few months, many institutions have been putting their hopes in the formation of this corps as a way of relieving some of the pressures they face balancing their budgets and making allowances for art programs. Richard Burrows, director of Arts Education for the Los Angeles Unified School District, once the head of an expansive program for art school funding, has had to dramatically reduce contributions to art education in the face of a massive state budget deficit. He, as well as many others in his position, sees the corps idea as a fresh way of dealing with the problem of reduced state participation.

Not many of us remember the 1930s post office paintings, but there is a strong historical precedent for the usefulness of creating corps that cater to and make use of the creative community. We are generally the first to suffer from budget cuts and times of economic depression because of the mistaken
impression that art is a luxury that can be encouraged in times of plenty and excised in leaner periods. The artist corps idea probably remains the most viable proposition in light of the other, far more problematic, budget problems that face the new administration.

Obama’s proposal to make the US more attractive to foreign artists is also a concept that has drawn much interest. This policy could positively impact the economy as well as create new friends abroad by opening previously closed avenues of discourse. Obama’s talk of streamlining the visa process would not only impact the arts positively, but would probably mean an influx of talent in other areas as well. But from a solely economic point of view, it would be in the interest of the administration to not only facilitate artist visas but to make some concrete changes in the fiscal treatment of artists.

The example to cite (though it has fallen on hard times), is that of Ireland. Charles Haughey’s enlightened policy of providing a tax haven for artists while he was minister of finance was one of the measures that decisively helped Ireland rise out of the economic quagmire it had been in since the formation of the republic. It fostered talent and helped struggling artists, but at the same time it made Ireland an attractive place to settle for high profile artists from all over Europe. Some of the highest grossing musical acts in the world have relocated to Ireland to benefit from the tax cut. The result demonstrates that the economic machine goes both ways—the influx of money brought into the country by these performers (and by the business community that Ireland also sought to attract with similar measures) helped buoy its economy up from third world status to the level of prosperity it has enjoyed for the last two decades.

Obama’s policy could well take a leaf out of the Fianna Fáil’s book. The new President’s support of the Artist-Museum Partnership Act is a step in the right direction—it would allow artists to deduct the fair-market value of their work rather than just the cost of the materials when they make charitable donations—and his pledge to provide us with affordable health care is important (though it is a lump pledge that simply calls attention to health care policy, rather than to his artistic commitments).
Our best hope is that this administration will understand that re-invigorating the creative community—the community which in effect grosses some of the most spectacular salaries in the world—cannot fail to be good for the economy. By making the US attractive to foreign talent and by fostering our own, the new administration could open yet another avenue for recovery from the economic
crisis we now face.

Another measure that has recently been garnering a great deal of press is Quincy Jones’s lobby for the creation of a secretary for the arts within the new administration. The US is the only developed country in the world to lack a Ministry of Culture, which in our European counterparts is instrumental in the continued public funding and support of the creative community and its educational outreach. While this is an exciting concept, it is doubtful that such a ministry will actually ever see the light of day. Music critic and journalist John Rockwell cautions that the likelihood of the US adopting a more European model of outright funding for the arts, as opposed to the current one of private donations fueled by tax deductions, is slim. “Without that marriage of pomp (a secretary in the cabinet) and substance in the form of real money from Washington for the arts,” says Rockwell, “there would be little reason for Obama to expend political capital on creating a secretary any time soon.” The head of the NEA could just as easily fill the office of secretary for the arts as a mere cheerleader for art programs and funding, he continues.

Indeed, while there is much excitement over the fact that Obama even bothered to create a platform for the arts, which has never been done, the hard economic reality may well curtail many of his proposed re-invigoration schemes. The climate in Washington is both hopeful and slightly dubious—hopeful that this new president with his pop-culture savvy may make a difference in the art world and heal some of the wounds inflicted by the culture wars, but forced to acknowledge that the war funding and the bailouts for the global economy will most likely come before any remanning in art policy. 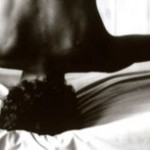 One Response to CHANGE comes to the Arts?