Stalking Is Sexy: A Review of Twilight

The message of the film is that true love conquers all, but not through active communication and teamwork, rather through near-complete passivity on the part of the female partner.

The highly anticipated movie adaptation of Stephenie Meyer’s novel Twilight has been eaten up by fans of the novel, grossing $35.7 million on it’s first day alone. The success of the franchise has been compared to the phenomenon of Harry Potter, with one important difference: the Twilight series revolves around a female protagonist, and it has been marketed almost exclusively to young, teenage girls. And there’s a few troubling aspects of this story being marketed to such an impressionable audience.

The film opens as high school junior Bella Swan (Kristen Stewart) makes the decision to move across the country to live with her father. She transfers to a new school mid-semester and quickly becomes ridiculously popular, especially with the boys. Bella immediately notices the brooding Edward Cullen (Robert Pattinson), and after a rocky start it becomes clear that the attraction is mutual.

After being rescued from various life-threatening scenarios by Edward’s impossible strength, speed, and apparent ability to read minds, Bella realizes there is something different about him, and she demands answers. In response, he tells her that he is not a good person and that they shouldn’t be friends.

Although he publicly snubs her, he also sneaks into her bedroom window at night and watches her sleep. He follows her at an inconspicuous distance everywhere she goes in order to “protect” her. These behaviors are quite clearly characterized as romantic. Bella does not even bat an eyelash on learning that Edward has been sneaking into her room for two months, and Edward’s protective stalking allows him to rescue her from a group of drunk men on the street who presumably intend to rape her.

Determined to uncover Edward’s dark secret, Bella conducts a little Internet research and realizes that all his characteristics have a logical explanation. Edward is a vampire. When confronted, he confesses a desire to drink her blood and an uncertainty that he can control himself around her (i.e. not accidentally kill her). Bella responds by pledging her unconditional, eternal love and complete trust. In the Twilight universe, stalking is romantic and controlling, potentially dangerous relationships are best handled through denial.

The message of the film is that true love conquers all through near-complete passivity on the part of the female partner. If you love him enough and don’t resist when your boyfriend doesn’t respect your boundaries or has violent tendencies, the movie suggests, everything will turn out wonderfully.

The damaging messages of the film become even worse by the end, when Bella realizes that she wants to become a vampire so that she can spend eternity with her high school sweetheart. Bella has no aspirations of her own beyond maintaining her relationship and ensuring that Edward never leaves her. In the novels, she and Edward marry when she is just eighteen years old, and because she has apparently no desire to attend college or cultivate a career, she immediately has a child. Media aimed at young adults has a certain level of social responsibility in the messages that it sends; I am not in favor of censorship, however, I encourage a certain level of critical thinking and responsibility for one’s work. Obviously the story is fantasy, but the unfortunate values reflected in the story are very real. The message embedded in Twilight is that women ought to prioritize romantic relationships over independence and perhaps that women even lack the ability to care for themselves.

It’s not fair to lay all the ills of society at Twilight‘s feet. I am certain that Meyer meant only to entertain, and that the extent of the message she intentionally conveyed was more about the value of loyalty and fidelity, and maybe a little about abstinence until marriage. The franchise is, after all, merely a symptom of a greater problem. The really disturbing thing about the phenomenon of Twilight is not its existence, but its popularity. Girls are reading these books and seeing this film because the vision of romance presented by it speaks to them. Having grown up with Disney fairytales and sappy romantic comedies, the logic of this story has become deeply internalized. Meyer is guilty only of exploiting and perpetuating what already exists. Unfortunately, in an America that is still more sexist than it would like to admit, female subservience sells.

Entertainment Stalking Is Sexy: A Review of Twilight
Next Story » 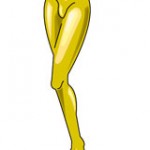 3 Responses to Stalking Is Sexy: A Review of Twilight