The Changing Definition of Gender

The current, commonly accepted definition of gender is archaic and perhaps even dangerous.

The current, commonly accepted definition of gender is archaic and perhaps even dangerous. There have always been those who have lived as a different gender from the sex they were born, and with the advent of medical technology, hormone therapies and surgical treatments, there may soon come a time when biologically-rooted definitions of gender have ceased to retain any utility. This is not to say that it would be useful to altogether abolish the concept of gender, but there is an argument to be made for expanding it to be more inclusive.

Recently, a transsexual man by the name of Thomas Beatie shocked, and in some cases enraged, millions by stepping into the limelight to tell the story of his pregnancy. Married to an infertile woman, Beatie had elected to undergo “top” surgery to remove his breasts and testosterone therapy to deepen his voice and induce the growth of facial hair, but elected not to undergo a hysterectomy as part of his sex reassignment surgery. Some figures in the news media could not fathom the concept of a pregnant man and insisted on referring to Beatie as a confused lesbian rather than respecting Beatie’s desire to present himself as a heterosexual man. While confusion is understandable on the part of those with no desire to undergo a change of sex, Beatie lives and presents himself as male, and since his uterus and vagina are not likely to be a particularly important part of his every day social interactions with anybody other than his wife, it seems that should be enough to allow him to be treated as a man.

It doesn’t matter much to many outside of the transgender community whether or not individuals’ right to express their gender as they desire is respected, but for trans individuals that lack of control over their lives can be devastating. Some states do not allow transgender individuals to alter the sex on their identification or birth certificate, leading to potential legal issues and making it impossible to live life without having to disclose transgender status to employers. Sex reassignment is expensive and rarely covered by insurance, preventing many transgender persons from meeting the necessary criteria to alter their identification. In female-to-male transition there is very little that can be done to approximate the genitals of the opposite sex, and even in the slightly more functional alternatives for male-to-female transsexuals the operation often leaves much to be desired — leading many individuals, like Beatie, to forgo treatment on that front altogether. This complicates the search for recognition of one’s identity considerably; many people are unwilling to accept the transgender individuals as the gender they identify with if they have not surgically transitioned. There is a general lack of understanding about gender dysphoria, a clinically recognized diagnosis in psychiatry for which the treatment is hormone therapy and surgical transition. Many laypeople write transsexuals off as “crazy,” but it is an accepted and legitimate issue within most of the medical community.

This lack of acceptance can be deadly, as in the recent case of Angie Zapata, an 18 year old trans woman beaten to death by a date in Greeley, CO this July. It’s unclear whether Allen Andrade knew of Angie’s trans status prior to the incident which reportedly led to her murder. After having a sex act performed on him Andrade claims to have become suspicious, grabbed Zapata’s genitals, and on discovering the presence of a penis beat her repeatedly in the head with a fire hydrant. The judge did not accept Andrade’s argument that he had panicked as a legitimate defense for murder, noting that the shock of his discovery was not enough to warrant such an extreme reaction. Angie’s story is unfortunately not unique. Transgender individuals face a disproportionately higher murder rate than almost any other group – some statistics place it at 16 times the national average. Sometimes death comes as a result of negligence; in 1995 Tyra Hunter was seriously injured in a car accident and paramedics refused to provide adequate care for her after discovering that she had male genitals. No matter what anybody thinks of transsexuality, whether one understands the motivations of those interested in transitioning, that ignorance should not equal a death sentence – yet, for dozens of transgender people a year that is unfortunately the case.

Even in cases where transgender individuals are not victims of violent crime, discrimination and negative social attitudes are incredibly damaging. It can be difficult to find a job if one’s identification reveals that an employee is transgender, and there are no legal restrictions on a federal level forbidding this kind of discrimination – in fact, when the failed Employment Non-Discrimination Act of 2007 was put before Congress, protections on the basis of gender identity were specifically stripped from the bill in the hopes of making it more palatable to a majority of lawmakers. Often, when an employee discloses plans to transition from one sex to another, they face the threat of termination with little legal recourse. Susan Stanton (formerly Steve), the former city manager of Largo, Florida, was dismissed from her position in 2007 after announcing her intent to transition from male to female, and another woman recently began pursuing legal action against the Library of Congress for discrimination following the disclosure of her trans status.

This is not an acceptable state of affairs for a nominally free society. There are no defensible grounds for allowing these damaging social attitudes to be embraced and accepted. It should be self-evident that all people have the right to exist freely without fear of being murdered because of their identity, and that all people are entitled to any job for which they are qualified. Unfortunately, in America we seem to often confuse religious and personal beliefs as moral imperative and we have enshrined into our legislation and legal process few protections on the basis of gender identity, and a considerable number of hurdles. Those who view transgendered individuals as sick, deviant, or depraved have contributed to a system in which those who do not conform to gender norms face high rates of unemployment and the very real threat of death simply by virtue of social disapproval. Basic human rights cannot, and should not, be contingent on the approval of others. They should simply be extended to everyone.

We live in a nation with no mandated religious moral code, and as such, the rights of a misunderstood minority cannot be stripped away merely due to the objections of others to their way of life. Traditional gender roles are in all levels of society becoming less relevant, and if it is acceptable for a woman to work outside of the home and pursue a career rather than starting a family, how is it any different for a transsexual woman to decide to define her gender and role in society the way that she chooses? At the core of the issue is a struggle for respect and dignity, for one’s stated gender identity to be acknowledged and treated as valid. Without that respect and acknowledgement these other very disturbing trends cannot begin to be addressed. 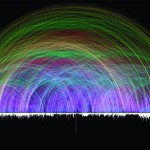 An Interview with Creator of flowingdata.com

One Response to The Changing Definition of Gender