“I only slipped on the cake of soap of the air, and drowned in the bathtub of the world,” says John Ashbery in his poem, “Thoughts of a Young Girl.” Like these lines, his recent collages put figures in surprising, potentially dangerous places. Last month, Tibor de Nagy Gallery debuted poet John Ashbery’s first solo exhibition, “They Knew What They Wanted.”

The collages are comic and cheery in a charming rather than nauseating way. The title of “Poisson d’Avril” (1972) refers to a French custom of tricking people by putting a picture of a fish on their backs, perhaps related to April Fools Day. Here, the fish tricks by floating on the pink radiating from the child, who stands on an odd, cut out patch, like a “fish out of water.” But the grass growing through decomposes it, rooting the child in the forest scene.

The collages put figures in precarious situations, but their fixed faces are not fearful. In his New York Times article “The Poetry of Scissors and Glue,” Holland Cotter likens the child to “a unisex version of Hansel and Gretel.” “Acrobats” (circa 1972) locates three young men amidst the tops of skyscrapers, but perched on discreet, seemingly floating, patch of grass. The women and parrot in the foreground of “L’Heure Exquise” (1977) are unperturbed by the surrounding storm. Her pointed finger creates a casual connection between the two, as if she had an idea and, like a bulb lighting above her head, lightning struck.

His recent collages are busier than the ones from the 70s. Ashbery applies images—mysterious combinations of scenes and objects—to board games. Like life, the game “Chutes and Ladders” has a beginning, end and many ups and downs in between. It’s fun to find the relationships between the opposing ends of the chutes and ladders: a woman with an aristocratic strut falls on her face at the bottom of the slide; a boy reading a book climbs the educational ladder and receives a diploma. As in Shakespeare, comedies and tragedies have a common origin.

Ashbery’s allegorical poems collage images: hair becomes mountain peaks, we move seamlessly from an office desk to the imagined streets of Guadalajara. Cotter summarizes the fluidity of Ashbery’s work with the words “Language as collage. Collage as language.” The Tibor de Nagy website reports that Ashbery began “experimenting with techniques of cut-up and collage in his writing” as early as 1958.

Ashbery made most of the collages in the 1970s, many alongside Joe Brainard, a painter who is part of Tibor de Nagy Gallery. According to the New York Times, Ashbery said, “After dinner we got in the habit of sitting around and cutting up old magazines and making collages.” There’s something delightful about the faux-casualness of the New York School. “I lost those for a long time. Quite a few others got thrown out,” he told Cotter. “I never had any kind of program or anything. I did the collages for amusement, without thinking anyone else would see them or be interested.”

Tibor de Nagy curator John Bernard Myers grouped the poets under the name “New York School” in an article for Nomad magazine. Gallery helped professionalize the coterie of New York poets and painters by printing collaborations between them. Much of this coterie was purely social: friendships fueled by common interests, schooling, often location and drinking with the painters at the San Remo Cafe and Cedar bar. Ashbery criticizes the title in his introduction to The Collected Poems of Frank O’Hara: “The term ‘New York School’ applied to poetry isn’t helpful, in characterizing a number of widely dissimilar poets whose work moreover has little to do with New York, which is, or used to be, merely a convenient place to live and meet people, rather than a specific place whose local color influences literature produced there.” 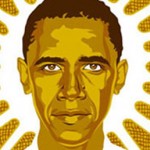