Curated by Wu Hung, Displacement is not a didactic rail against the Chinese government, but a rather evenhanded, well-executed examination of this modernization project and the ability of the visual arts to respond to and critique political realities.

The work of Chen Qiulin, Yun-Fei Ji, Liu Xiaodong, and Zhuang Hui is currently on view at University of Chicago’s Smart Museum. These four contemporary artists have installed work created in response to the colossal Three Gorges Dam project, a modernization initiative that has been over ten years in the making and is slated for completion in 2009. The controversial dam project has produced jobs as well as massive displacement in China.

Curated by Wu Hung, Displacement is not a didactic rail against the Chinese government, but a rather evenhanded, well-executed examination of this modernization project and the ability of the visual arts to respond to and critique political realities. With works that are diverse both in terms of medium and concept, Hung managed to incorporate the facts of the matter without having the political overshadow the artistic. Each artist’s approach—be it conceptual, pictorial, or associative—privileged technique or manner as its means of expression.

Chen Qiulin’s four video works present the viewer with a surrealistic, sometimes irreverent, and highly personal vision of the impact of the dam project. Conversely, Zhuang Hui’s conceptual photography project documents the incremental progress of this dam enterprise. In 1995 Zhuang dug holes at various locations that would be submerged upon completion of the dam. Titled only with the longitudinal and latitudinal positions of the holes depicted, Zhuang’s photographs are reminiscent of Robert Smithson’s documentary photographs of his earthworks. However, Smithson’s earthworks and gallery installations are the result of his direct and aggressive action on the landscape, while Zhuang operates more passively, like an archivist, tracking the progress of the decade long project via these strategically placed holes. Using the holes as a sort of arbitrary yardstick for the passage of time underscores the temporal scale of the project, as well as the unfolding and continuous progression of its repercussions.

Working in a more narrative manner, Liu Xiaodong’s multi-paneled painting, Hotbed, 2005, depicts the Three Gorges area. Featuring a somewhat awkward multi-figural group of migrant workers at rest, the semi-nude men rendered with thick paint contrast greatly with the dry and muddy passages that fill out the landscape. The accompanying video documents Liu working on the painting on site – the process is represented as strenuous and difficult in a needlessly dramatic fashion. While meant to represent or discuss issues of labor, the means used—comparing workers at rest to the artist at work—falls flat, making the works seem somewhat self-aggrandizing.

Of the four, Yun-Fei Ji’s installation is the most successful. Utilizing the traditional medium of ink drawing on rice paper to depict the massive displacement resulting from the Three Gorges Project, the scroll format allows for a visually analogous unfolding of this dispersion. In this way, Ji calls attention to the eternal recurrence of this diasporic movement in Chinese history. Ji’s work is a good one to end on, as it humbly depicts the human toll of the dam project, while reiterating the inevitability of such seismic shifts. 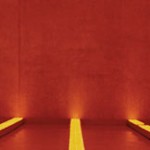 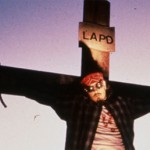