Kevin Coval: a Political Poet with a Plan

“I don’t think publishing a book of poems and selling five hundred copies is some big deal,” writer, hip-hop poet, and SAIC instructor Kevin Coval mused in our interview. “I know kids who are sixteen-years old and will move five thousand mix CDs. I think books of poems should be like that.” The thirty-three-year-old is dressed in a light blue button-up shirt that mimics the color of his eyes, a dark blue tie embroidered with flowers and an Adidas tracksuit jacket. Coval exudes energy, fueled by passion for his work, despite a schedule of responsibilities that would consume most people. Coval is the author of Slingshots (a hip-hop poetica) which was named Book of the Year-finalist (2006) by The American Library Association and he is currently promoting his new book of poetry, Everyday People. He is also finishing his Poet in Residency at the Jane Addams’ Hull House, starting as the Artist in Residence in the University of Chicago’s Newberger Hillel Center, teaching at SAIC in visual and critical studies as well as conducting interviews for and contributing poems and essays to National Public Radio. Coval is the founding director of Louder Than A Bomb, Chicago’s annual teen poetry slam.

Whether his bustling schedule is the result of his blossoming success or his success the result of his relentless work is a dilemma of the chicken or the egg variety. Whatever way the causality goes it becomes clear that Coval’s voracious writing and performing schedule have created a wide and loyal audience. Studs Terkel wrote that “Coval’s voice is our hope for a new world of peace, grace and beauty,” Patricia Smith called Everyday People “the revolutionary rulebook that has come to guide us, none too gently, into an era that will change everything.” And in an unequivocal nod The Hip-Hop Generation’s Bakari Kitwana compared Coval to Gwendolyn Brooks and wrote that Coval, “ is fierce enough to excavate the beauty and horror of our time…reporting what Chicago looks like in the hip-hop era.”

In a time when poetry’s readership is dwindling and poetry itself stands on the cusp of becoming a “dead art,” Coval is redefining the art form as accessible, relevant, even political. “Traditionally poets have had influence in politics,” Coval reminds me. “Neruda, Lorca, Octmatova, Whitman, Ginsberg,” I remember I’m speaking with a man I once heard defined as a hip-hop poet who reads.  “I was taught in school that poetry was a dead form written by boring dead white dudes. I know that not be the case. I gained interest in poetry in part because of black men in the South Bronx and Long Island. Those have been the best poets of my lifetime. They’ve had an impact on the politics of the day because they’ve shaped the political consciousness of a generation. I think anytime you speak publicly in a way that counters the dominant narrative that is a political act and so are the stories that counter that narrative.”

In the excerpt at the beginning of Everyday People Haki Madhubuti calls Coval a “white guy praying in black tongues,” a description pulled from one of Coval’s own poems. When I bring it up Coval inexplicably blushes. “I’ve been reared in a tradition of black orality and in a lot of ways and I took that tradition on myself. It’s something I actively sought out because that’s what energized me, sent me to the library, gave me the desire to learn and it’s certainly what encouraged me to put pen to paper and tell my story. I recently interviewed Africa Bambaataa and he was telling me about digging on classical music through Mighty Mouse. That’s to say that the thing that hip-hop is still teaching me, is still teaching the world, is it’s practice of miscegenated aesthetics- that everything is mixed, interrelated, everything is open and part of the creative process. That continues to be a source of major excitement and inspiration for me.”

Coval’s work, “excavat[ing] the beauty…of our time,” extends beyond his writing to his work as a community organizer with Louder Than A Bomb (LTAB), the teen poetry slam of which Coval is founding director. Presented annually, LTAB is an Olympic-style poetry contest that last year included over 400 participants.  “LTAB influences me as a writer, yes, but also as an organizer and as a believer in the power of storytelling. We get kids from all over the city and suburbs that would never meet each other. A usual bout is an hour and a half with each person at the mic for three minutes, so for the other hour and twenty-seven minutes they’re listening to the stories of other people who don’t look like them and don’t come from the neighborhood they do.  That event always sort of grounds me in knowing that writing and sharing the writing of people is essential work for the kind city we want to live in, the kind of space we want to live in, for the kind of country we want to live in.” Coval suddenly laughs self-consciously, “I feel like I’m running for office here but, you know, I believe that. It influences my work, although my work is political and it is critical I don’t think it is only deconstructive; it also points to an imaginative someplace that we could inhabit.  I think the work of the young writers in LTAB does some of that work of imagining that different space we want to live in.”

“We started LTAB with twelve teens in a basement at the Chopin Theatre and now we’re up to 56 teams around the city. In the next four years I would like it to be part of CPS’s mandate to have spoken word coaches, facilities and some funds for this kind of expression because it is an alternative pedagogy. Spoken word and hip-hop poetry, and the event of LTAB, is a tool to change the way we interact and think of one another.”  This is only of the many short and long term goals Coval is diligently moving toward.

“I want to write more books. Right now I’m finishing my third book, I’m pretty well into my fourth, even my fifth book and I have a good three or four more books up there that I’m thinking about.” Performance, the traditional medium of the hip-hop poet and one of Coval’s greatest strengths, serves his dual goals of creating a wider and more democratic audience. “I think my poetry will be relevant in a lot of contexts and to a lot of people other than just people who like to read books of poems. Publishers complain about not being able to sell books of poems and I’ve found a different experience. Part of it is because I’m in front of a lot of people and I seek out those audiences.” 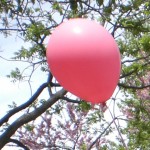