It’s All About the Building

Sustainability and protection at the Grand Rapids Art Museum.

Sustainability and protection at the Grand Rapids Art Museum

Critics often discuss the “Bilbao effect,” museum officials’ efforts to reproduce the success of Frank Gehry’s 1997 Guggenheim Museum design in Spain, with a hint of cynicism. But the fetishizing of art museum buildings by celebrity architects, like the new glassy, chunky, Museum of Contemporary Art in Denver and the rabidly anticipated iMac-looking New Museum in New York, has already “jumped the shark,” leaving museum-makers scrambling to define a new trend. Could environmental friendliness be the new metal-building version of a crumpled piece of paper?

Many articles have been written about the Grand Rapids Art Museum’s (GRAM) new building, which opened in October 2007. It is the only art museum in the world to receive the highest level of certification in Leadership in Efficiency and Environmental Design (LEED), and, of course provides ample opportunity to use environmental buzzwords such as “sustainability,” “green,” “offsets,” “neutrality,” “clean,” “footprint” and “zero emissions,” satisfying both Leonardo DiCaprio wannabes and lefty art lovers. And while most art-related trends get smacked down quickly by critics, the Grand Rapids Art Museum seems immune to that criticism. It is, undeniably, an amazing building.

The new GRAM, which was previously housed in a historic building in Grand Rapids’ newly polished downtown, was designed by Los Angeles-based wHY architecture’s co-founder, Kulapat Yantrasast, and was picked by Newsweek magazine as one of the five most important buildings of 2007. It features technology that is at once post-industrial and futuristic, like three 12-foot blue gears (Yantrasast calls them “energy wheels”) that constantly churn to distribute the cool air and 50 percent humidity the art needs to live in. The museum also traps the air from outdoors in a chamber underneath the building where it is cooled by the soil and then pumped back into the building to maintain a temperature between 70 and 72 degrees. Rain and snow that fall on the building are directed into a tank below a reflecting pool and then recycled back into the building’s toilets, sinks, and waterfalls. Those waterfalls are aerated to reinforce the humidity level of the building. Seventy percent of the building’s light is natural, and moderated by a series of self-determining fabrics, which lower themselves over the insulated glass that dominates much of the building.

Although it seems like a stretch to anyone with a critical approach to museum institutions, the GRAM claims that the building and their scatter-brained collection (which includes third-rate Diebenkorns, Cassat sketches, and an unremarkable Ellsworth Kelly piece that flanks the museum entrance) relate to each other because protecting art and protecting the environment are about quality of life. Whether the “protect-the-art” attitude many museums share is the right way to look at a collection is debatable. (Perhaps it’s rather like putting grumpy old artworks in nursing homes.) But the relationship between this building and the pieces of art it protects seems like a stretch. When the interest paid to the innovative structure becomes the standard for museums and other new structures, the GRAM will still be left with the art collection it has been dragging across town: a collection overshadowed by the building that protects itâ€”but cannot stay overshadowed for long.

Uncategorized It’s All About the Building
« Previous Story 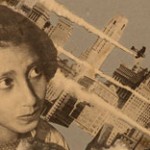 One Response to It’s All About the Building