The traveling retrospective Gordon Matta-Clark: You Are the Measure, now on display at Chicago’s Museum of Contemporary Art, left me with a bittersweet yearning for a time I never knew, and for artworks I will never see. In spite of Gordon Matta- Clark’s ubiquity in many artists’ “favorites” list, most people have never witnessed a Matta-Clark building cut-out or performance. As noted by art historian Thomas Crow, even in the 1970s, very few people actually saw Matta- Clark’s cut-outs before the condemned buildings he used were demolished.

During a Matta-Clark- inspired panel discussion at the MCA on February 2, artist Mark Dion said, “I feel like I don’t really know what Matta-Clark’s work is like, I just think I know… in the same way that I’ve never seen the Pyramids but I think I know what they’re like.” And artist Rirkrit Tiravanija observed that there isn’t a great deal of “stuff” in this Matta- Clark retrospective. This gets to the crux of the matter: how do you show ephemeral work three decades after it is made?

The Whitney Museum of American Art’s curator Elisabeth Sussman tackled this dilemma by selecting a hefty group of documentary photographs, plans, sketches, videos and segments of cut-out buildings. Each object serves as an indexical trace of Matta-Clark’s work, emphasizing both the artist’s absence and the seemingly precious ephemeral nature of his works. The photographs are particularly arresting, with a refined yet gritty aesthetic and extraordinary compositional magic. They are, without a doubt, artworks in themselves.

The Chicago rendition of this exhibition includes an added section, curated by Lynne Warren, featuring material relating to the MCA’s own Matta-Clark project, titled Circus or The Caribbean Orange, 1978. It involved careful cuts into a townhouse on the site of the original MCA building, before the museum was renovated into galleries. I say “careful” because the photographic and three-dimensional material on display in the exhibition serves to remind us that Matta-Clark was not just some frenzied guy with a chain saw, but that his cuts were deliberate and meticulous. The Caribbean Orange coiled an orange-peel shape into the structure of the townhouse. The resultant photographs are not without traces of wistful urban romanticism, which, although visually satisfying, we should remember not to be enamored by.

I found myself asking, what would Matta-Clark be making if he was alive today? How would he respond to the current urban landscape, the developer- driven landscape that Mark Dion calls the “Donald Trump” model of over-development and luxury condos? Perhaps such musings are pointless. Nonetheless, the essential value of this retrospective remains: it serves to remind us of the ageless relevance of strong multi-disciplinary practice that deals with social and urban morphology in a revelatory manner.

Details
Gordon Matta-Clark: You Are the Measure
Museum of Contemporary Art
Until May 4, 2008
220 E. Chicago Avenue 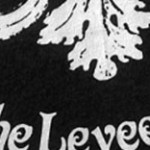