The state of the School meeting By Jesse Stein The dramatically titled “State of the School Meeting” was held on February 12 in the SAIC Ballroom. Attendance was relatively low, despite the free food. Organized by the Student Association, the event introduced a plethora of structural and institutional changes planned for SAIC during the next …

The state of the School meeting

The dramatically titled “State of the School Meeting” was held on February 12 in the SAIC Ballroom. Attendance was relatively low, despite the free food. Organized by the Student Association, the event introduced a plethora of structural and institutional changes planned for SAIC during the next three years. This article outlines some of the main points made at the meeting and asks questions about the School’s new “state.”

Never one to pass on a good pun, the outgoing School President, Tony Jones, titled his presentation “Space, the Final Frontier,” and spent much of his time talking about floor space. Using the improvement made to the AIADO spaces as a model of success, Jones stated that SAIC planned to “improve the machine and equipment base at the school.” In a brilliant case of comic timing, at this moment Jones’ screen projection flicked off and went black.

What are these bold new “structural changes”?

These studios were relocated from the Sharp Building to new, larger premises on the seventh floor of the Sullivan Center. Size improvement: from 9000 square ft to 25,000 square ft.

In line with SAIC’s emphasis on new technologies, this upgrade was digitally-focused, much to the chagrin of one audience member (perhaps a dark-room user) who asked about the level of student consultation in this upgrade.

Formerly home of Gallery 2, this space has been sold to a commercial dormitory company. G2 will relocate to the seventh floor of the Sullivan Building (State Street side), where it will have 50,000 square ft (but no walls, just a lot of columns).

This space will be temporarily used for 18 graduate studios in 2008 and 2009. After that? The administration is unsure about the long-term function of this prime real estate spot, but will create an “ideas competition” encouraging students to suggest uses for the space. In “collaboration” with Mesa Development (developers of the Legacy Building), SAIC will engage in a full historic preservation of the Sharp Building facade, restoring its 1905 appearance.

The Columbus Building will be slowly and steadily upgraded, starting with the painting studios, and eventually transforming and/or moving the Betty Rymer Gallery and Sonny’s (although Jones and others were less forthcoming about the details of these changes).

Advance painting students will move to new studios on the 12th floor of the Michigan Building. What happens to the lounge area and the food service currently on the 12th floor? These issues were not addressed, but the administration spoke of the need for a student space and a greater variety of food options.

Glass blowers and printmakers will be able to delight in new facilities, if you can afford to go to Oxbow, that is.

More than just a library overhaul

Are you sick of the wee little Flaxman? This library will be moving and expanding: shifting down to the second floor of the Sharp Building, and expanding into the second floor of the new Legacy condominium building, thus increasing the library space from 10,000 square ft to 30,000 square ft. Here, the Flaxman will join with a new architecture library, the John Kurtich Library, and the Flasch Artists Books Collection.

The legacy of a building

The big shock of the meeting did not come in the form of SAIC’s building adjustments, but to our surroundings: the Legacy high-rise, when completed, will be an extremely tall condominium complex with 356 residential units and some commercial space. According to Jones, one will be able to see the coast of Michigan from the top of this 73 storey “behemoth.”

Given the oodles of floor-space that Mesa Development will have at their disposal in the Legacy, they were, according to Jones, happy to give two floors of the Legacy building to SAIC. No doubt the business negotiations were considerably more convoluted than this, but when pressed on the nature of the deal with Mesa Development, Jones replied that SAIC will “own those two floors outright. We can do whatever we want with them.” According to Mesa, their $355 million Legacy development was “made possible through a complex yet innovative partnership between the Art Institute of Chicago, the University Club of Chicago and Mesa,” and the SAIC library deal is peculiarly described as an “innovative vertical subdivision.”

Given the sheer number of building projects Jones has in the making for SAIC, it is no wonder that the administration did not want to get rid of him upon hearing of his retirement from the Presidency. Why? Without Jones’ business contacts and fund-raising capacity, as well as his particular drive to bring these building projects into fruition, it is unclear whether such considerable structural changes would be in the cards. In Jones’ own words, he will be “stepping up, down, or sideways,” into the role of Chancellor. This means Jones can continue his work on building projects and fund-raising while performing a sort of babysitting task with the new President, whoever they may be. Such building projects raise a number of questions: What influence do the donors have in the nature of the building projects? With all these moves and shifts, how will student research and art practice be affected in the interim?

One astute student at the meeting asked whether the cost of all these developments will a) lead to increasing enrollment at SAIC, and b) impact tuition rates. The administration’s response was that although enrollment growth is about 5 to 6 percent annually, this growth rate is not expected to increase, and did not directly answer the tuition question. Jones noted, however, that with all “his” building projects, his intention is to find private donors for each individual project.

Another concern raised by students at the meeting was the inadequacy of emergency financial aid at SAIC. Curiously, the Financial Services department was not present at the meeting.

The search for a president is continuing behind closed doors, and this secrecy about nominees is reputedly to protect the privacy of the candidates. Students will not be able to assess any nominees, but are encouraged to send any questions they’d like to ask of potential presidents to the Vice President and Dean of Student Affairs, Felice Dublon, at [email protected]

While enrollment in individual programs may not be specifically increasing, there are a number of new academic programs commencing. A new MA in Fashion is launching in Fall 2008, as well as a MA in New Art Journalism. And the new PhD? Interim Dean and Dean of Graduate Studies, Lisa Wainwright, was cagey about the plans to have a PhD program at SAIC, voicing views that somewhat contradict the statements made about a proposed VCS PhD (see Jim Elkins’ article in this issue). Wainwright said the School was in a “very preliminary stage” of thinking about a PhD, and was considering it as a “whole school PhD,” not based in a single department. “We are responding to an interest on the part of faculty in doing this…it’s quite controversial…there won’t be a point where you will need a studio PhD to teach at an art academy…we would need a very robust financial aid system,” said Wainwright. 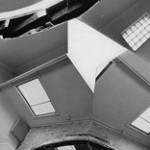 One Response to Seismic shifts and renovations