Chicago podcasters Red Bar Radio, whose game is “pop culture, politics, life and almost anything else, and Bad at Sports.

By Katrina Kuntz May 1, 2006 Uncategorized

Behind the scenes of two of Chicago’s popular podcasts

Were you to glance up from this article (not that you’re going to want to…) chances are you’ll spy in your vicinity—be it the crowded “L,” the lobby of the Michigan Building waiting for an elevator, or just about anywhere else—at least one iPod. Not limited to just music anymore, people everywhere are tuning in on their portable digital media players to the newest trend in information distribution, the podcast.

Podcasting, a portmanteau formed by combining the words and meanings of “iPod” and “broadcasting,” generally refers to the distribution of audio or video files over the internet that can be readily and easily downloaded onto handheld mobile devices and personal computers. Anyone with the technological capabilities can be a podcaster and regularly air their own show on any theme, from anywhere, to anybody. The popularity of podcasts continues to rise as the “audience,” as Wikipedia calls it, realizes they can tune in to the possibilities of the genre “when they want, where they want, and how they want.”

I could write an article about my experiences at friends’ apartments as they masqueraded as podcasters by mixing music from the collections stored on their iPods (honestly, I think I could have done much better taping onto a cassette directly from the radio). But, don’t turn the page yet—I’m just getting to the good part. I really wanted to find out what goes on behind the scenes of Chicago’s most respected and successful podcasts. In search of content that was smart without being academic, as well as more democratic, entertaining and less rigid than your average current events reporting, I turned to those in the know—the crews of Red Bar Radio (www.redbarradio.com) and Bad at Sports (www.badatsports.com). As one of the minority of younger generations who doesn’t own an iPod or mp3 player and an admitted technological incompetent, I had no idea what I was getting myself into when I agreed to attend a taping of both podcasts. My sense of adventure was piqued and I was determined to get the scoop (if not the dirt) on Chicago’s most popular podcasters.

Chicago podcasters Mike David, Ron Galperin, Dani Deahl, and the rest of the crew of Red Bar Radio invited me to the airing of their first official syndication on April 1 with the Genesis Communications Network. Marking a milestone for the genre, Red Bar Radio, created in 2003, is the first podcast ever to bypass local land-based radio and move directly to national radio satellite syndication—a testament to the success of the medium and their show in particular. As I sat nervously and self-consciously in Mike D’s apartment on a couch next to the other guests—comic Trenton Willey and Brian Broscoe from the band The Unemployed—the air was filled with excitement and tension. “I am actually nervous,” breathed Red Bar Radio co-creator Mike D.

We moved into a room set up like a radio station, complete with oversized, pivoting microphones, massive earphones, glowing neon signs and several computers. Contrary to how I thought podcasts were produced, the show aired live and included call-in guests Gene Amondson, presidential candidate for the Prohibition Party, and Lloyd Kaufman, entertainer and producer of the 1984 movie The Toxic Avenger.

I was, for once, at a loss for criticism. Although I’d threatened to give Red Bar Radio a poor review because they unexpectedly threw me on the air (I completely bombed a live write-off about Amish robots), the show whose game is “pop culture, politics, life and almost anything else” was also remarkably open to live feedback; on-air personalities can be reached via email, instant message, or phone throughout the duration of the podcast. The cast is young, fresh, and free with their opinions and ridicule.

Close to the flipside is Bad at Sports. My mom would never want to know this, but minutes after I met Duncan MacKenzie, one of the Bad at Sports podcasters, I was hopping into a comfortably-worn (a.k.a. beat-up) pickup truck with complete strangers to travel to an undisclosed location (a.k.a. “Michael’s” house). As I slid into the bitch seat, Richard Holland, who was waiting behind the wheel, plunked a heavy black suitcase in my lap. “You are holding Bad at Sports,” he said. I took this as a warning and shivered as we drove through Wicker Park.

Unlike Red Bar Radio, Bad at Sports is generally taped the week before it is broadcast (or podcast?). Richard edits the pre-recorded interviews and reviews for better flow by removing all “ums” and extraneous pauses to about an hour’s worth of material, prior to Sunday’s airing. The morning I tagged along with Duncan and Richard, we stopped at the home of Michael Workman, art critic for Newcity, editor and publisher of Bridge Magazine, and director of NOVA Art Fair.

Over a few croissants and several cigarettes (I ate, they smoked) on Workman’s back porch, we gossiped about the art world before getting down to business. Richard pulled out and unlatched the black suitcase to reveal a small recorder as Duncan unzipped his backpack and dug out two microphones. The interview with Workman was professional; the critic basically plugged his designs for the upcoming NOVA, where Bad at Sports will broacast live the last weekend in April.

The show will be officially located in a hotel on Belmont Avenue in Lakeview and will be supplemented with an after-party at Smartbar, film screenings at the nearby Landmark theater, plus a fashion show on the CTA. “It’d be impossible to see everything,” Workman claimed. With that, Richard and Duncan wrapped up, we all shook hands, and Bad at Sports was off to review a show at Booster and Seven. I was blown away by their business-like attitudes, organization, and focus, but Richard and Duncan both assured me that I was missing out on the usual high-jinks of the podcasters. I hope it wasn’t anything I said. 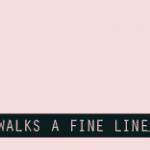