Four thieves stole several artworks from Chácara do Céu Museum and disappeared into a crowd of Carnival revelers in the streets of downtown Rio de Janeiro. The February 24 heist was the most recent in a string of thefts of famous paintings from well-known collections. After forcing guards to disarm the museum’s surveillance system, the thieves, suspected to have been armed, stole over $50 million worth of art, including Picasso’s “The Dance” and a book by the artist titled Toros, Monet’s “Marine,” Matisse’s “Garden of Luxembourg,” and Dali’s “Two Balconies.”

“The Dance” was reported damaged in the newspaper O Estado three days after the heist. Police confirm that the painting was punctured when a museum guard attempted to wrest the painting from one of the thieves during the raid.

“They took advantage of a Carnival parade passing by the museum and disappeared into the crowd,” said Vera de Alencar, director of the museum, reports the AFP. “Dali’s picture, for example, is the only one by him in public exhibition in Latin America.”

Brazilian police are investigating the incident and have alerted international agencies and ports of entry.
Fake or Real? Answers HERE. 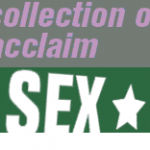 Racism in popular media: How much is too much?