Racism in popular media: How much is too much?

If the Chicago Tribune spontaneously printed a racist comic strip belittling black Chicagoans, it’s likely that even the most laid-back, apathetic art students would be startled by the bigoted provocation. If they printed cartoons satirizing the Holocaust, as the Iranian newspaper Hamshahri Daily proposed, the furor might surface very significant issues.

An attack on Hispanic, Polish, Chinese or other communities that attended the 100,000-plus immigrant rights rally in the loop on March 10 (which, incidentally, has been called the country’s largest-ever Latino demonstration for immigrant rights) would immediately bring race and identity politics into the arena. It wouldn’t be possible for most major daily papers in America to print content that would be both recognized as hate speech and largely ignored.

What would it mean if the Tribune, a newspaper with a predominantly suburban readership (whites make up over half the readership of most major dailies in America), printed content demonizing any one of the proverbial other? Would there be arguments about whether they were legally entitled to do it regardless of context, or would most people be wondering what attitudes predicated the cartoons in the first place?

Ever since the right-wing Danish newspaper Jyllands-Posten stereotypically depicted Muslims and the Prophet Mohammed with 12 racist cartoons in February, most news coverage focused on the resulting protests in Muslim countries, often framing them as a global overreaction by practicing Muslims. By March, it was the consensus of practically every major American news source that the controversy was simply an issue of free speech breaking religious taboo or, failing that, a clash of cultures.

Many couldn’t help but shrug and concede that insulting Muslims the world over wasn’t as important as the freedom-of-the-press principle. Even Art Spiegelman, the sociopolitically-conscious cartoonist of Maus and In the Shadow of No Towers, told the Nation, “If there’s a right to make cartoons, there has to be a right to insult, and if there’s no right to make cartoons, well, I’m in big trouble. And I think America might be too.”

But just as a racist cartoon put out by the Tribune would force questions of predication and socio-political identity into the public sphere, so should have the Jyllands-Posten’s cartoons. What most coverage fails to consider are things like “Who represents the provocateur and who represents the provoked? What circumstances exist that this could happen?” Instead, most coverage deferred the situation to yet another excuse for angry, religiously fundamental Muslims to burn shit.

Thankfully, the Muslim Student Association and the Office of Multicultural Affairs at SAIC organized a panel discussion, held on March 16, to discuss issues that should have been raised by the Danish newspaper’s provocation.

“[The topic] deserves further discussion because the media coverage was not very good,” wrote Halwani in an email interview. “For example, it was not clear from the media why Muslims were so angry at the cartoons; or, to put it better, the media managed—from what I can tell—to gloss over some important, non-religious reasons, why Muslims were angry.”

So even though Hurricane Katrina coverage restored some students’ faith in popular media (in that it almost sparked a nationwide discussion regarding race and marginalization), no one should let their guard down just yet. There’s still plenty of hypocrisy and bigotry for art students to sift through when they read the news.

Uncategorized Racism in popular media: How much is too much? 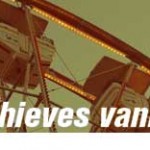 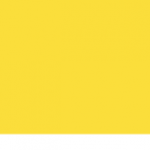