The acquisition of the Art & Project bulletins could not be timelier. As the SAIC curriculum continues to develop and change the role and form of exhibitions, having such a crucial primary source is a boon for research.

The Art & Project gallery began in Amsterdam in 1968 as a collaboration between Adriaan van Ravesteijn and Geert van Beijeren. Known for their unique bulletins, the two published 156 separate artist publications over the course of 21 years. The bulletin was conceived of not simply as an invitation, but also as a unique work of art. The gallerists were interested in being able to easily distribute works of art outside of their gallery. Their concept that the printed material, which is traditionally considered secondary, could in fact serve as a primary source, followed the conceptual trend practiced most notably by Seth Siegelaub in New York with his innovative catalogs of the same time. However, unlike Siegelaub, Art & Project’s bulletins were more closely related to periodicals than books per se. Although its primary purpose was to announce exhibitions, at times the bulletin exceeded the exhibition in its conceptual importance for the artist.

While the format of first bulletin almost never changed, Adriaan and Geert allowed the artists to change the layout if they saw fit. The bulletin was printed in black and white or color offset, and folded in half on the vertical axis to divide it into four parts. Each cover page is minimally designed with name of the artist, gallery logo, dates, and then numbered. The other three pages were entirely to the discretion of the artist. Art & Project always printed an edition of 800, of which about half were mailed out and the remaining half was available at the gallery. Not all of the bulletins were accompanied by an exhibition; Adriaan and Geert often printed bulletins solely as a conceptual publishing venture.

Many of the bulletins are simply textual and look as if the artist had put the bulletin right in his typewriter. In bulletin #59, Ian Wilson announced two conversations, printed in the inside of the bulletin it states “Can something be “Made” Clear? A discussion to be held at the John Weber Gallery, 420 West Broadway, N.Y. on Thursday, 25th May, 1972 at 6:00 p.m.” Allen Ruppersberg’s bulletin entitled ‘thank you, mr duchamp” has written on the left side ‘would you close the door please.’ and on the right it plainly states ‘thank you.’ Bulletin #45 was not even executed by an artist, but instead tracks the holdings of a prominent collector.

The bulletin format was quite conducive to types of art that, because of their remote or ephemeral quality, could not be documented in any other way than photographically. Many of Richard Longs’ earthworks, as well as Hamish Fulton’s walks in the wilderness are documented in various bulletins as large photographs. One of the most astonishing bulletins is an announcement for Bas Jan Ader’s performance entitled In Search of the Miraculous. Bas Jan Ader was a Dutch-born conceptual artist who lived in Los Angeles. ‘In Search of the Miraculous’ was proposed to be executed in three parts. It began as an exhibition at the Claire Copley Gallery in Los Angeles 1975; the exhibition consisted of a choir, which sang a somber sea shanty printed on his Art & Project bulletin of the same year. One verse reads “Like an eagle caged, I pine on this dull unchanged shore.” For the second part, Ader was to sail from Cape Cod, Massachusetts to Falmouth, England in a twelve-foot sailboat he had named the “Ocean Wave”. The final segment of the performance was supposed to end with an exhibition at the Groninger Museum in Holland, but Ader was lost at sea, his empty boat was found off the coast of Scotland.

Sol LeWitt, who was particularly fond of the bulletins, often had the honor of making the first bulletin of the year. In one of the most elaborately crafted bulletins, LeWitt asked to have the paper folded so when it was set flat it would make forty squares. By LeWitt’s request Adriaan and Geert folded all 800 sheets. The Art Institute partially owns an almost identical work by LeWitt but it is not considered an edition like the Art & Project bulletin. LeWitt seems to demonstrate how your work doesn’t necessarily have to be compromised by its context. His work is identical no matter the size of the edition. Though they have a standard format the bulletins never hindered artist from making them all their own. In a bulletin designed for Gilbert & George’s singing sculpture performance the artists signed all of their bulletins emphasizing that these mass-produced bulletins were official works by the artists. Gilbert & George like LeWitt saw no real difference in making one of something and making hundreds. The 156 bulletins encompass virtually the entire history of both European and American conceptual art. Therefore, it represents a unique resource for the SAIC community.

The acquisition of the Art & Project bulletins could not be timelier. As the SAIC curriculum continues to develop and change the role and form of exhibitions, having such a crucial primary source is a boon for research. In recent years Chicago has experienced a flourishing of small, artist-run spaces that evolve from their academic experiences at SAIC. Art & Project provides a compelling historical model for how these fledgling spaces might take advantage of this seemingly modest strategy for integrating the means of publicity with the art its self. It is amazing how forceful a simple black & white offset broadside can be when its content is rich and well though out. Gallery spaces do not need to live off openings and one-time viewings alone. It is a very rare event but a valuable one when a gallery enounces an artist work even though it can’t be fully represented in the gallery setting. Also the notion that a gallery is supposed to provide interesting limits is often under exploited. You don’t need Gagosian Gallery style budgets and spaces to make good work. In fact modest means are often more effective. 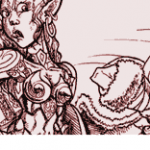 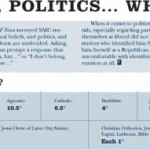