In the last week of the fall semester, FNews surveyed SAIC students, asking about their religion, spiritual beliefs, and politics, and when it comes to religion, many art students are undecided. Asking someone what religion they belong to can prompt a response that begins with, “Well, I was raised Christian, but…” or “I don’t belong to a religion, but I’m not an atheist per se…” When it comes to politics, students at SAIC are even more skittish, especially regarding party loyalty. Most students who identified themselves as liberal did not identify themselves as Democrats. No student who identified him/herself as conservative also identified him/herself as a Republican. And many students surveyed were uncomfortable with identifying themselves as having any political orientation at all. 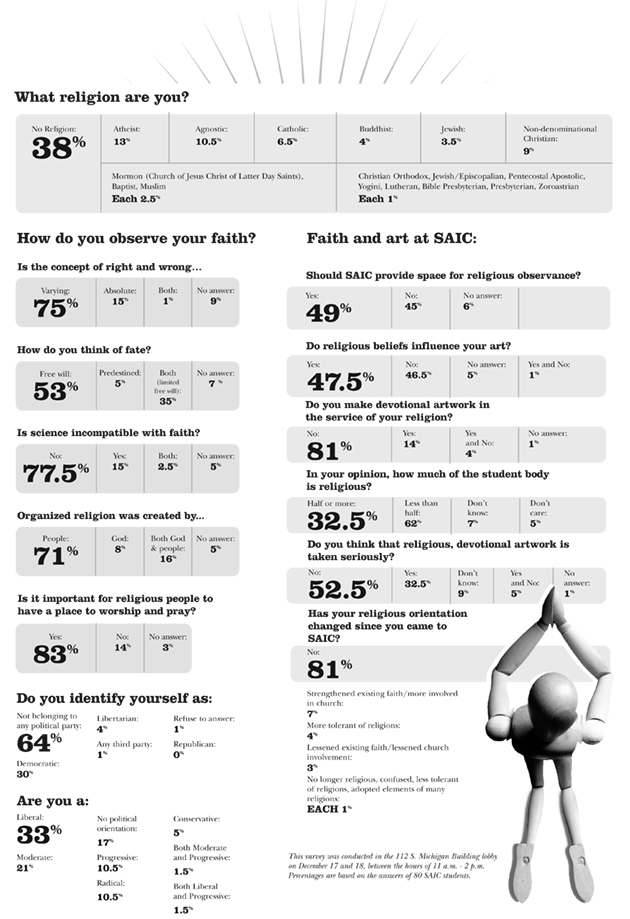 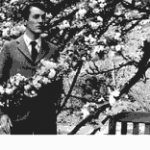