F Newsmagazine talks about what it means to get your ego poked in art school.

story and illustration by Robyn Coffey

So here’s the thing about art criticism: it’s pointless. See, I bet you that when it comes time for class critiques, every single student at this school, deep down inside, is cringing and praying desperately that the class would just say, “Wow, yeah! That’s perfect just the way it is! Impossible to improve upon! Way to go!”
You don’t want to sit around and listen to everybody nitpick your work to pieces. You want them to think it’s perfect from the get-go. Not to mention the fact that the rest of the students are standing around drooling, not giving a crap about your work, just mumbling half-heartedly and wanting it to be their turn so everyone can tell them how cool their work is.

From your first semester here, they force-feed you a lexicon of critique—how to rip someone’s work down formally and conceptually, to reduce it to a cold little pile of expensive supplies and bad ideas. See, that’s why we don’t have grades. We’re supposed to shame each other into trying harder.

So say we abolish criticism in the art world. The artists would be tickled pink, at least for awhile. With no one to tell galleries if your work is worth it or not, they would be forced to accept you, just in case. We would paint and sculpt along happily for some time, until some asshole looks up and says, “Hey! My crap’s better than your crap. You don’t deserve to hang in the Whitney! What the hell are you thinking? Hey, everybody, look how bad this schmuck sucks!” And then we’d be back in business.

But, hey, I could be wrong. Judging by the number of jerks who showed early to stand in front of me in line for the art criticism roundtable on October 11, criticism may have sunk its cold, false little fingers deeper into our souls that I thought. These people really got into it! You should have heard them criticize the harried museum staff members who couldn’t let them in because they
didn’t have reservations.

They criticized the formal composition and line quality of other impatient people waiting to get in. They criticized the Post-Minimalist concept of scheduling the keynote event in the smallest auditorium on Art Institute property. They criticized self-proclaimed “critics” and “key faculty members” and an entire class of students who cut the line. Hey, I didn’t get in either, but how much fun would it have been at that point anyway?

So I look at it this way. As an artist, I think criticism is great, as long it’s flattering and talks sweet to my ego. If you happen to think my stuff sucks, just keep it to your damn self.

Uncategorized Criticize this, but be nice
« Previous Story 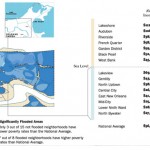 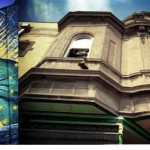