In the early 1950s, Pilsen saw an influx of Mexican inhabitants, who still make up the majority of the population today. It’s a lively and diverse area, filled with a wide variety of specialty stores, interesting architecture, gardens, and one of the largest art districts in Chicago.

West of Canal Street, south of 16th Street, east of Damen, and north of the Chicago River, there is a community known as Pilsen. Czech immigrants who inhabited the district in the 19th century named it after PlzeÀ, the second largest city in the Czech Republic. In the years since its inception under this name, the neighborhood has been host to a wide variety of dominating cultural groups, from the Germans to the Irish and the Poles. In the early 1950s, Pilsen saw an influx of Mexican inhabitants, who still make up the majority of the population today. It’s a lively and diverse area, filled with a wide variety of specialty stores, interesting architecture, gardens, and one of the largest art districts in Chicago.

The strongest point of energy in this scene seems to run along Halsted, between 17th street and Canalport, where a comfortable strip of studios and galleries thrive, blossoming for all to see on every second Friday of the month.
Artists congregate in this area, an enthusiastic atmosphere permeating throughout. There is mingling with upper-middle class patrons and other artists, as well as gallery owners and art appreciators. Some gallery-goers walk their Jack Russell Terriers and Chihuahuas, peruse and buy art, arrange commissions, and observe the development of the many and varied artists and their forms.

One person who had an undeniably strong impact on this community and the very nature of the art scene that exists there today was John Podmajersky II. Besides working with community leaders to convert a local abandoned factory into a commercial mall to attract business to the neighborhood, he revitalized the architectural aesthetics of the area in the style of Slovakian garden homes. As a result, new-style apartments and intricately landscaped gardens mark Pilsen, incorporating buildings in the designs that date back as far as the 1880s.

More important to the art scene, he brought in members of the dismantled Hyde Park Artist Colony in the early 1960s, promising refurbished studio and gallery spaces. He suggested that there would be a culture of artist freedom in Pilsen that had previously drawn creators to areas on the East Side. Podmajersky viewed the artists as a community in and of themselves, just as the other ethnicities of the area, in their emerging roles vital to the rebirth of the district. He took an area seen by many as doomed, a crumbling economic dead end, and revitalized it into a group of communities which are still in a constant state of improvement, bustling with the energy of evolution.

Naturally there have been accusations of community gentrification, but with the noted absence of a Starbucks on either side of Halsted (although you might try Kristoff’s Café and Bakery, with the best flans to ever touch the lips of a mortal), the unique nature of the gardens and architecture throughout the area, and the heavy presence of industrial district zones pressing in on residential areas, these claims don’t play out as obviously as they do in other districts of the city. The art scene of Pilsen, which houses the Mexican Fine Arts Center Museum, over three dozen galleries, and even more studios, shows that a little art can actually do quite a bit to build and support a neighborhood without falling into shallow waters.

A staffed booth at the corner of South Halstead and 18th street has schedules of performances put on throughout the year, neighborhood and dining information, as well as gallery locations. 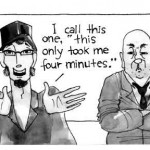