When plans for the Fordham Spire were first unveiled, they created quite a buzz. Initially, most people were concerned that the ambitious structure would present an easy target for terrorists. The tower, designed by noted Spanish architect Santiago Calatrava, would stand 2,000 feet tall with its spire. Without, it would stand 1,458 feet tall, eight feet higher than the Sears Tower. It would be the tallest skyscraper in the United States, surpassing the proposed Freedom Tower in New York and the new Trump Towers in Chicago.

When plans for the Fordham Spire were first unveiled, they created quite a buzz. Initially, most people were concerned that the ambitious structure would present an easy target for terrorists. The tower, designed by noted Spanish architect Santiago Calatrava, would stand 2,000 feet tall with its spire. Without, it would stand 1,458 feet tall, eight feet higher than the Sears Tower. It would be the tallest skyscraper in the United States, surpassing the proposed Freedom Tower in New York and the new Trump Towers in Chicago.

But what of the spire itself? In a city famous for its architecture, it seems only appropriate to discuss the structure’s design. Calatrava has achieved international renown for his work, which includes the Athens Olympic Stadium, the Milwaukee Museum of Art, and the Sundial Bridge in Redding, California.
Calatrava is noted for his organic, ethereal designs, often taking inspiration from the natural world. His bridges incorporate slender white arches, graceful fins, translucent glass, and webbing. Calatrava synthesizes the support structure of these bridges into the designs themselves, creating a skeletal beauty out of beams, girders, and cables.

His buildings also take inspiration from the forms and structures of nature. Often playing off of light and shadow, their clean white lines give off an eerie luminescence. They resemble the lacework of dragonfly wings, the bones of some delicate fish, or the intricate veins of a leaf.

The Milwaukee Museum of Art, for example, incorporates a giant kinetic structure that opens and closes like the wings of a massive, translucent bird. Inside, the glassy atrium reflects the light of Lake Michigan over which it is poised. The Sundial Bridge in Redding incorporates a slender white fin, like that of a fish gliding silently above the powerful Sacramento River.

Likewise, Calatrava’s proposal for the Fordham Spire is similarly striking. Surprisingly slender, the spire twists as it ascends, drawing such varied comparisons as to a twirling dancer or a drill bit. Calatrava himself has compared the design to a thin column of smoke rising from the shore of the lake like a signal.

Reactions to the design have been mixed, but there does seem to be unanimous consent that the spire would be unlike anything the Chicago skyline has ever seen. Slated to go up near Navy Pier on Chicago’s lakefront, the spire is an undeniable departure from the traditional geometric skyscraper form.
Anders Nereim, the Chair of the Department of Architecture, Interior Architecture, and Designed Objects at the School of the Art Institute of Chicago, has come out strongly in favor of the spire.

“I’m thrilled by the design, twisting up with all of the genius that prairie plants use, with the rotational logic of the Fibonacci series behind them,” he says. “I remember the strength of the gridded logic of the Sears Tower when it was built in the 1970s on the grid of the city, and today the logic of the natural world seems even more powerful and serene.”

Traditional spires we have seen on structures such as the Sears Tower and the John Hancock Building are becoming increasingly outdated in light of developing satellite technology, Nereim states. The spire on the Fordham design, is of a slightly different caliber, reflecting not the traditional use for radio and television broadcasting but is “very closely related to the logic of the building.”

Nereim hopes this new design portends a shift in the way we are starting to think about building design and habitable space. Not all of Calatrava’s designs are met with enthusiasm, at least not at first glance. The Sundial Bridge, for instance, initially confronted a good deal of resistance from residents of Redding. A town of 89,000, over 160 miles north of Sacramento, Redding had no impressive buildings, no notable architecture. The bold design of the Sundial Bridge at first seemed at odds with the quiet and unassuming character of the town.

Bob Warren, a representative from Redding, describes the community’s reaction as very mixed. “Many people thought the design was too wild.” He remembers that there were “several years of unhappy letters to editors.”
Now, thirteen months after it was opened to the public, the bridge has become something of a focal point for the town.

Warren compares the bridge, which provides a pedestrian crossing between two natural parks, to Chicago’s Millennium Park. “You can go out on a summer evening and see hundreds of people walking.” Now, he states, “Almost everyone loves it.”

The bridge has also had a significant economic impact on Redding. In just over a year, it has caused 21,000 additional hotel rooms to be rented in the town. As the only Calatrava-designed bridge in the United States, it has attracted a large number of international visitors. Warren admits: “Not every city in the world will want his designs.” But for now, it seems, Calatrava has found something of a home in Redding.

In light of this, one has to wonder how Chicagoans’ reactions to the Fordham Spire might evolve over time. In the few short weeks since the design was unveiled, it seems to be attracting greater support. News stories have shifted from surprise or distaste at the radical design to simply wondering whether it is feasible to build. On that front, only time will tell. For the moment, though, the design floats like the ghostly smoke signal that inspired it, beckoning the city into a new frontier. 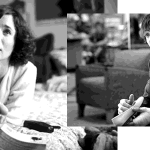 Miranda July understands me and you and everyone we... 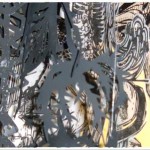