You Say You Wanna Be An ARTSTAR

Tyra Banks searches for America’s next top model, Paula Abdul searches for America’s next idol, and art dealer Jeffrey Deitch is searching for America’s next art star. Huh? I didn’t know that America had art stars! When Andy Warhol died about two decades ago, didn’t that mark the final departure of the greatest and last art star? You think Matthew Barney is a star? Jeff Koons? Chuck Close? Guess again. I dare you to walk just three feet out of the cloud of smoke that surrounds the Sharp Building entrance and ask random strangers if they have heard of any of these people. Odds are a thousand to one that they aren’t familiar with these names.

The website ArtStar asks the following: Can the complexity of making new works of art be successfully presented in a traditional hour-long television series format? The real question is: does the American public want to watch something that involves complexity? My prediction is this reality series (slated to air on Voom HD but may be presented to other networks such as Fox) doesn’t have a chance of survival.

Over 300 artists stood in line to enter Deitch Projects; armed with slides, canvases, computers to show videos, and costumes for performance pieces. Once inside they showed their work to a panel of critics, established artists and Deitch himself. This first episode plans to show this open casting call. Then the panel will find at least eight artists whose work, taken together, suggests a new thesis for a group exhibition at Deitch Projects. Did they really say thesis? Yeah, that’s really a popular word for American television viewers.

I don’t think I am underestimating the public’s taste. The facts are there Fear Factor is one of the most popular television shows. Then again, if there is a market for watching people eat buckets of worms, maybe there is a market for watching the conceptual artist do his thing. Maybe turning the art world into a reality show will finally be the ultimate way to bring art to the masses. I hope this show is groundbreaking. I hope that ARSTAR will burst the current art world bubble. After all, Warhol did guest star on Love Boat.

Uncategorized You Say You Wanna Be An ARTSTAR
« Previous Story 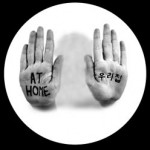 Skeptic on the March