Sure to be a hot ticket Steppenwolf Theater Company’s world premier production of Lost Land opens April 10. Actually, it already is a hot ticket. When F News went to press, an employee at the box office said the play is 99 percent sold out. Lost Land is written by Stephen Jeffrey and directed by Terry Johnson and stars the well-known actor, John Malkovich.

Lost Land takes place in a remote castle in northern Hungary at the end of World War I. When a mysterious delegate arrives at the castle he asks a retired politician, played by Malkovich, to claim the reins of power.

To have John Malkovich as an actor and as the instigating force of a production that attracts Stephen Jeffreys and Terry Johnson, a top-flight design team and ensemble actors, is the gift we enjoy as a theater company founded by actors and now approaching our 30th year together, states Steppenwolf Artistic Director, Martha Levy.

Terry Kinney, Jeff Perry and Gary Sinese founded Steppenwolf in a Highland Park church basement in 1974. Most critics and theatergoers would agree that Steppenwolf adheres to its mission statement. Founded on a commitment to the principles of ensemble collaboration and artistic risk, the mission of Steppenwolf is to advance the vitality and diversity of American theater, while maintaining the original impulses of the group.

On April 9, Steppenwolf will host their Gala 2005 to benefit the theater company. They plan to raise $1 million from this event alone. The evening will include theater, cocktails, a live auction, and a performance by Gary Sinese and the Lt. Dan Band. No doubt, this is also a hot ticket. 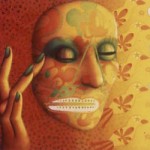