Wake up and smell the shorts

Did you remember to vote? Or, should I say, did you care enough to vote? SAIC held student government elections April 21st and 22nd. The elections do not feature individuals but teams of four that come together to run en masse. Two teams ran this year, the Arrangements and Deus ex Machina. One team, the Arrangements, found each other, according to candidate Travis Hugh Culley, after an F Newsmagazine article featured many of the students for using their art to create social change. Both parties ran on platforms of increasing communication between student government leaders and the school community with that of the student body. According to the Arrangements, these platforms come out of a sense of confusion prevalent in the student body. The teams’ campaign promises are remarkable only in that these things aren’t already commonplace. For instance, having course syllabi available before registration or providing recycling in the school buildings.

The Arrangements had two MFA students running for the first time that anyone interviewed can remember. Iris Bainum-Houle, an Arrangements candidate, commented that, “everyone says the school is the best art school but really it is the graduate program that is [ranked #1 for art programs] and until now they have had no representation.” No one interviewed could remember if other MFA students had ever even run and campus activities didn’t have information on former candidates. 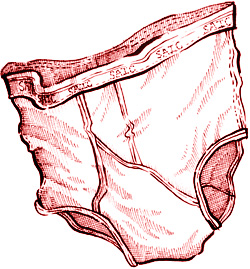 A general apathy seems to pervade both the faculty and the student body when student government is involved. Both of the parties’ platforms reflect this sentiment, trying to create the impression that, as stated in Deus ex Machina’s campaign literature, student government is “a helpful, functional resource for [the SAIC communities’] interpersonal and artistic development.” As the platforms of both teams foreshadow, even the election process wasn’t free of both confusion and apathy. This year, if you wanted to vote you had an hour during lunch and two hours after your 4:00 p.m. class to get to, on Wednesday, the Sharp lobby and, on Thursday, the Columbus lobby to do so.

Few people seemed to realize elections were happening and even the candidates were confused as to where and when the elections were. La Shawn Jones, Director of Campus Activities, explained why the voting locations and times were so obscure. There used to be voting all day and at multiple locations, explains Jones, but only 10 percent of the student body was voting then. That is the same percentage they get now with fewer voting times and locations, so they found no compelling reason to expand it. Kind of makes you wonder–is apathy contagious? And if so, did the students catch it from the administration or the other way around?

An F pat on the back

F Newsmagazine was a big winner in the annual contest of the Student Society for News Design, with judges from the design staffs of the New York Times and the Los Angeles Times.

F won second place for Overall Design and Amir Berbic, F art director, won second place for Designer of the Year. First place winners included Jemal Diamond for cover design and Sarah Oates for illustration. Other winners included Christine Kim, Alexa Joyce, Wilson Tjuatja Widjaja, and Ted Atzeff. The details are on the SSND website at missouri.edu/~wwwssnd and you can see F News on the web at www.fnewsmagazine.com, with archives going back over three years.

Although much of F’s design staff plans to return in the fall, the newsmagazine’s art director Amir Berbic is receiving his MFA. He has accepted a position teaching design at the American University of Sharjah in United Arab Emirates.

As a result, the magazine is looking at portfolios to fill an art director or associate art director position. To set up an interview, e-mail [email protected]

The Interim Graduate Dean Speaks about SAIC and Rauschenberg

The tradition of interdisciplinarity is particularly strong at the SAIC. Students are encouraged to push the boundaries of their work in all directions, including the media they choose to work in. The strongest work is one in which the materials used to create it are chosen with attention and awareness of their historical and practical connotations. Starting in the 1950s, Robert Rauschenberg became famous for pushing the boundaries of easel painting and later collaborated with John Cage in sound and Merce Cunningham in performance. Professor in Art History, Theory and Criticism and Interim Graduate Dean Lisa Wainwright chose Robert Rauschenberg’s diverse career and education to talk about her own research as well as the interdisciplinary tradition at SAIC. Taking the podium, she stated: “Robert Rauschenberg is a transdisciplinary artist, beyond compare. Transdisciplnary for his knowledge of discreet media, his disciplinary knowledge goes deep… Rauscenberg’s inventiveness with a vast array of media and technology in all dimensions: two-three-four, and his engagement with the changing artistic and critical political climate around him, has taught me much about the education of artists.” Wainwright proceeded to illustrate Rauschenberg’s time at the Kansas City School of Arts, in France, and finally Black Mountain College, where his engagement with the ideas of John Cage proved critical to the shaping of him as an artist. She sees Rauschenberg as the model for the type of artist who is completely willing to cross all media boundaries in order to push his art in new directions. Wainwright emphasized the importance of his collaborations and interaction with specialists from different fields: performance, technology, printmaking, painting and film, illustrating them with the variety and lyrical beauty of Rauschenberg’s work Undoubtedly, the atmosphere for similar contacts exists at SAIC. The lecture remained focused on Rauschenberg’s formation as an artist and the shaping of his output by interaction with other artists as well as modern psychology and philosophy. The context of the lecture was art historical, but the paramount significance of interdisciplinary approaches to contemporary art-making in general and SAIC curriculum in particular cannot be overstated. The topic is central to school’s identity and can be a source of numerous other discussions within the community.

This fall, the SAIC press will release The Object of Labor: Critical Perspectives on Art, Cloth, and Cultural Production. The scholarly anthology, many years in the making, will feature work by the school’s faculty and other leading artists. It blends essays and artists’ projects with a creative book design that is, itself, beautiful. The book is edited by Joan Livingstone and John Ploof.

No shirts, no shoes, no overtime

A federal lawsuit against the Art Institute of Chicago was filed in April on behalf of thirteen current and former employees who worked as either waiters, bartenders and busboys at the museum’s Garden Restaurant. According to the Chicago Tribune, the museum had failed to pay overtime wages to their restaurant employees, a violation of federal labor laws. The thirteen workers are seeking an undisclosed amount of back wages plus punitive damages. The violation of federal labor laws was discovered when the workers’ payrolls were moved from the museums to that of the hired contractor Bon Appetit. The museum had hired Bon Appetit as a contractor to alleviate the financial stress that Art Institute, Inc., is experiencing. When this shift occurred, employees discovered that they were eligible, under the Fair Labor Standards Act, to be paid a mandated time-and-a-half pay for the excess hours. The Fair Labor Standards Act also entitles the unpaid workers to recover their wages going back to only three years, even though some of the first-generation employees had been working at the museum since the 1980s. According to Jamie Sypulski, the workers’ lawyer, the Art Institute paid the food-service employees different wages depending on their work—workers were paid $3.50 at the restaurant and $13 an hour for catered events. Sypulski further stated that, “I don’t know if the museum thought that by dividing their work it would exclude them from paying overtime.” Under U.S. Labor laws, a single employer is required to give overtime pay after 40 hours were completed in a single week. But the fact that an employee works two different shifts in the same day does not, according to the U.S. Labor Department, preclude them from overtime pay.

Since Bon Appetit has taken over the food service management at the Art Institute, it has kept a strict 40-hour-a-week schedule to try to avoid overtime costs. Sypulski, speaking to the Tribune, has said that employees who worked under the museum’s management complained that the new contractor Bon Appetit restricted their working hours. The workers were then surprised to learn that they had not received overtime pay in the first place from the museum. According to Sypulski, several employees did not speak up because of the fear that the museum might cut their hours. The Art Institute has declined to comment on the lawsuit. Eileen Harakal, Vice President for Audience Development and Public Affairs, in a response to an email sent by F enquiring about the lawsuit has said: “We were just served with the complaint recently, so we have not yet had time to complete our investigation of the claims, and we have not distributed an official statement to the press. When we are faced with a lawsuit, we prefer to let the judicial system fulfill its function rather than trying the case in the media. That is not always a comfortable stand, but it is, we believe, the only appropriate one.”

Uncategorized Wake up and smell the shorts
« Previous Story 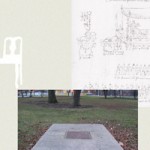 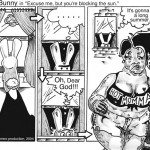