CIFF Review Round-Up: ‘Sick,’ Rounding,’ and ‘All Jacked Up and Full of Worms’

In our second round-up of the 2022 Chicago International Film Festival, it’s time to take a look at some truly terrifying and trippy horror films. 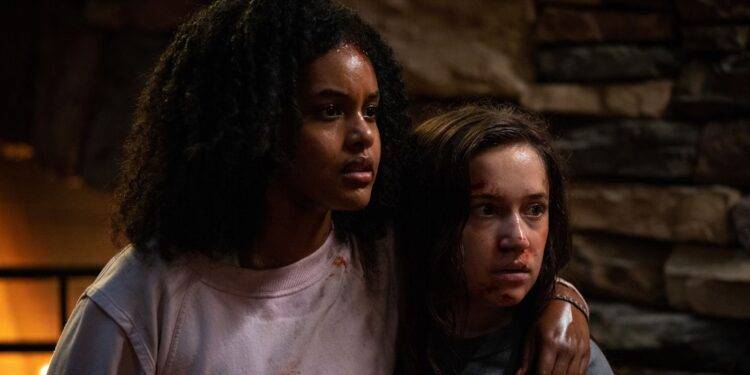 In this current era of “elevated horror,” John Hyams’ “Sick” is a welcome return to slasher movie fun. This makes a lot of sense considering Kevin Williamson, the writer of “Scream,” penned the story, , but “Sick” makse a key departure. Whereas “Scream” is critical of the slasher genre itself, “Sick” aims itself at another target: COVID-19.

Initially this plays off a little hamfistedly with lots of mask jokes and news footage. It felt more like a way to get people in on the movie rather than a true part of the movie itself. Once it actually gets moving, the two leads, played by Gideon Adlon and Beth Million, really start to shine in their standard college girl roles. We get some really bloody “Scream”-esque kills, and the score complements the action nicely as well.

The third act is where the film could get a bit divisive. The motive for the killers is revealed, and I could see people being a bit upset about how they portrayed COVID safety and those who care about it. Personally, I enjoyed that aspect, though. It’s done in a bit of bad taste … but it’s a horror movie. Truthfully, where Hyams went wrong was not going further.

If you’re going to make a gonzo, reactionary, slasher film, why not go full tilt? Have your killers be full on COVID-scolds killing anyone that walked their dog without a mask on. Go all out, have some poor taste and have some fun with it.

Overall, “Sick” made for a fun time at the movies with a really great crowd for the Chicago International Film Festival’s opening night at the Music Box Theater, and Gideon Adlon was excellent. But it wasn’t nearly as rich and interesting as past slasher greats. Next time, go full-on “Death Wish,” and this one would hold up a lot better. 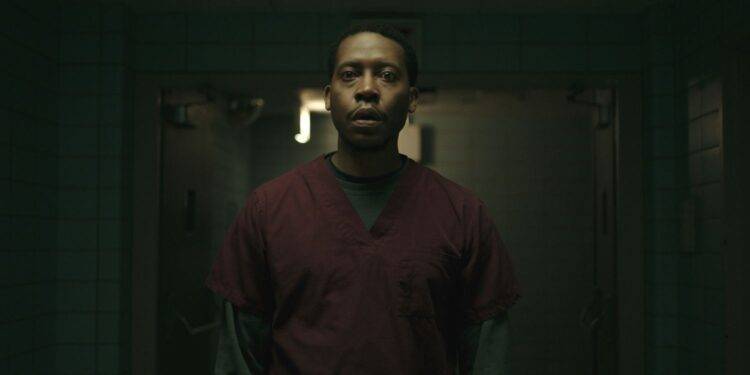 “Rounding,” the second feature film (and horror movie debut) from Chicago’s own Alex Thompson, begins by defining the Ancient Greek word “enkoimesis” — the practice of patients being visited in dreams by demigod-physicians descended from the god Apollo. With a beginning as punchy as that, one might expect “Rounding” to be chock-full of delirious visions and occult twists; a new “Hereditary” for medical students. Sadly, however, apart from a piecemeal delivery on the former factor, this overstuffed yet undercooked thriller falls short on almost every front.

“Rounding” follows James (Namir Smallwood), a medical resident at an overcrowded urban hospital, who requests a transfer to a rural hospital after the traumatic death of a patient he had grown close to. His new life in and outside of this new, statelier institution is still no cakewalk, though. His roommate is a nuisance and a busybody, his supervisor seems to grow less enamored with his work with each passing day, and a recurring patient at the hospital has begun exhibiting worrying symptoms that his colleagues seem hell-bent on gaslighting him into delivering the wrong treatment for.

The film’s biggest flaw is that Thompson didn’t seem to have quite decided on what he wanted it to be, before actually starting to make it. At times, it turns into a creature feature. Boasting great sound design and stellar character design clearly influenced by “The Ritual” (one of the best creature features of the last decade), “Rounding” is at its most terrifying when its mostly unseen monster stalks the hallways after James and reveals itself to electrifying effect. But at other times, “Rounding” becomes a staid, uninspired medical drama, and when it finally wraps up it does so as a psychological thriller that lacks both intrigue and logic. The promise of “enkoimesis” is never quite delivered on, and the metaphor of the monster is all but invalidated, leaving audiences divided on whether any of its many moving parts ultimately amounted to anything at all. Not even a Herculean effort from Namir Smallwood can overcome that many tonal changes, choppy script, and lack of James’s critical development throughout the film.

Given that Thompson has proved his mettle before with the critically acclaimed “Saint Frances,” the disappointment that “Rounding” brings may simply be attributable to the curse of the artist’s sophomore slump. It certainly isn’t bad enough that he should be disavowed as a filmmaker. But it does indicate that nobody, not even independent directors who score festival circuit hits with their debut features, are immune to falling from grace. 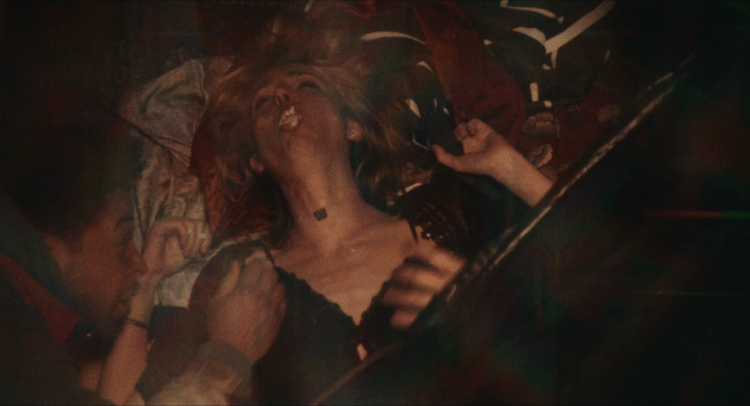 All Jacked Up and Full of Worms

“When an insane man watches television and sees himself in its message, echopraxia is when he follows the message’s order.”

I would not be surprised if Chicago’s own Alex Phillips conceived of “All Jacked Up and Full of Worms” during an episode of echopraxia. Any good no-budget horror relies on quirkiness and practical effects to set itself apart, and Phillips attempts to position himself as the heir to David Cronenberg’s disgustingly fleshy throne by going all out on the blood, guts, and live (?!) worms in his feature film debut.

I’m not going to pretend I understood very much at all of what went on here, but what I do know is that the film follows Roscoe (Phillip Andre Botello) and Benny (Trevor Dawkins), who meet by chance after discovering a tin full of worms with mind-altering properties. That’s where my comprehension ends. Sure, I perceived some of the film’s various technical qualities, such as its exquisite genre-hopping soundtrack that goes from synthwave to grindcore to indie rock without a hitch, and the laudable practical effects, especially the entire set-full of viscera we see in the final act. But for the life of me, I still can’t tell you what on earth “All Jacked Up and Full of Worms” is actually about.

What I can do, from here, is give you a list of the film’s defining traits, so you can decide if this is the film for you:

Worms. Sex (mostly bad). Drugs. Worms. Sex on top of a garbage bin. Sex on top of a garbage bin, with a Juggalo. Fake babies. Real babies. Fleshlight baby dolls that also somehow look like the Xenomorph from “Alien,” two mouths and all. A papier-mache stingray floating in the parking lot of a motel. Some blood. Some guts. Some more sex. A badly-aimed beer can throw that turns lethal. Lots of giggling. Lots of fun. No, that was a lie. Not a lot of fun. In fact, the least fun I’ve had in a long time. Perversity. Obscenity. The revival of lo-fi shock cinema — or at least, it would be, if anyone had bothered to put any effort at all into making its script remotely comprehensible.

Oh, wait, the worms are hallucinogenic. Worms are love. Worms are up your nose. Worms are wearing bras and panties, begging you to make love to them. The Devil and God are raging inside you; they’re making you do performance art on the banks of Lake Michigan. Who the fuck are all these people — do these characters even have names? And can you overdose on worms? Nope, you’re vomiting out the worms. You’re scrabbling around in your own vomit, it feels nice. Have another worm. Worms are love. You have to unlearn your shapes. An octagon is just a misunderstanding. There are no more rules. Nothing is real, and everything is permitted. Go forth and commit grand theft worm. Oh, and don’t forget to kiss your homies goodnight before you go.

Nestor Kok (MFA VCD 2022, alumnus) is a graphic designer by day and a film critic by night. He dreams of one day being awarded the title of America’s Best Mullet.

Aidan Bryant (BFA 2022) is a photographer and filmmaker. One of these days he is going to get organized.
Like

Language Evolves from Offhand to Offensive

Art Daddy: Everything About Sales Tax that Artists Should...