Proving that there is satisfaction to watching a friend group you hate be picked off one by one. 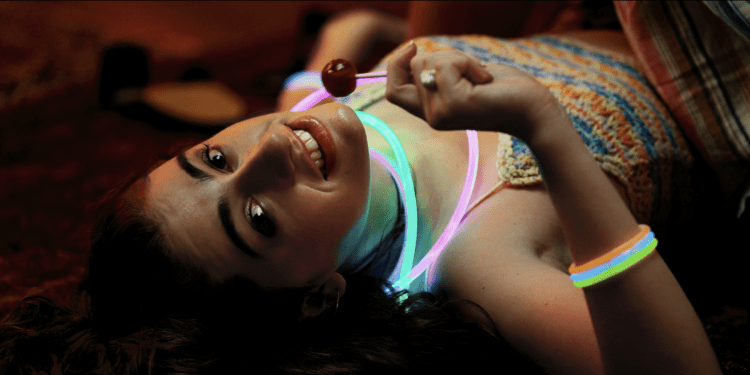 Several uber-wealthy Zoomers gather at one of their parents’ uber-mansions, to wait out (and party through) an incoming uber-hurricane. To pass the time, they play a drinking game and pick a secret “murderer.” That “murderer” has to sneak around in the dark, tapping their victims’ backs, until no “survivors” remain. But suddenly, the game becomes dangerously real.

That’s the premise of “Bodies Bodies Bodies,” the new A24 horror-comedy from Halina Reijn, that satirizes the narcissism, the self-flagellation, the tone policing that characterizes the Zoomer generation. Or at least, what this film thinks characterizes Zoomers.

Everyone in “Bodies Bodies Bodies” is unlikable. That’s by design. But being intentionally irritating doesn’t take away from the fact that they are truly, truly irritating. Pete Davidson as David and Rachel Sennott as Alice lean fully into the ridiculousness of their characters. They mine the comedy, and despite how detestable David and Alice are, they manage to eke out some charm.

But the rest of the cast struggle to walk that same line. They end up being more irksome than watchable, insufferable rather than fascinating. This is despite great casting decisions, and talented performers. Because, again, they are designed to be unlikable. But at some point, it feels like the audience is meant to suffer.

The only character that isn’t outright loathsome is Maria Bakalova as Bee, the group’s outsider and the film’s protagonist. That’s primarily because her character is empty. While the others are narcissists, serial manipulators, or master deflectors, Bee is boring. Bakalova does what she can with the material, but the script provides her character with no traits or individuality. As the film progresses, it never quite becomes clear why we are over Bee’s shoulder, instead of one of the other eccentric characters.

This sense of inanity only grows as the danger heightens. As the stakes rise, the group becomes increasingly more frantic, conversations spiral out of control, screams overlap one another, and egos dominate. Conversations become hard to hear as they shout over each other’s voices, hoping to drown out anyone else’s argument with volume. Fingers are pointed, only for other fingers to be pointed back at them. Years of shared friendship and tension boil over at the most inopportune moments, through flirtation, seduction, passive aggression, or pure aggression.

This may be how a murder mystery would go between these characters, with much shouting, more insults, and plenty of accusations of political incorrectness. But that accuracy isn’t so much entertaining as it is incredibly grating.

This is particularly so in the film’s emotional climax, a heated argument at gunpoint. The conversation is a hodgepodge of Twitter-speak, satirizing the language of safe spaces, while the characters are in, quite literally, a very dangerous place. But the lines feel like they were written to be processed through a Twitter screencap, for a corporate account to post with a caption like, “Where are the Alice stans at???” The initial joke would still be funny, and it is also objectively correct to stan Alice, in this movie. But it is unclear who this movie is speaking to. Is it speaking to the people who engage in Twitter discourse? Or is it meant to be lampooning those people for everyone else? Is this the crowd that says on the regular, “Kids these days?” Or is it meant to appeal to said kids, in its heightened reconstruction of their identities? As the group bickered about who was most oppressed, I found myself more interested in those questions than in any of the characters’ arcs or secrets.

That doesn’t mean it isn’t a funny movie. There are plenty of laughs to be had throughout the film, particularly with Lee Pace’s astonishingly accurate portrayal of a 40-year-old man dating a 22-year-old. The most recurring laughs throughout the film hinge upon the characters’ shallowness, whether it be their conveniently self-victimizing politics, the superficiality of their friendships, the facile attempts at allyship, or their thin, thin egos. But because of this same shallowness, the film ends up coming off as more of a sequence of well-thought out jokes than a narrative with strong characters to anchor it.

“Bodies Bodies Bodies” is a visually charming movie, largely because of its inventive lighting choices. Reijn boldly uses plenty of practical lighting, giving scenes a natural glow. Characters are either adorned with glow sticks, donning headlamps, or, most frequently, shining the bright flashlight of their iPhones. There is an immersive quality to these lighting choices, making “Bodies Bodies Bodies” look quite unlike other films of its kind. The shadows mean something, probably more than the characters do.