What is it about Sally Rooney’s “Normal People?” 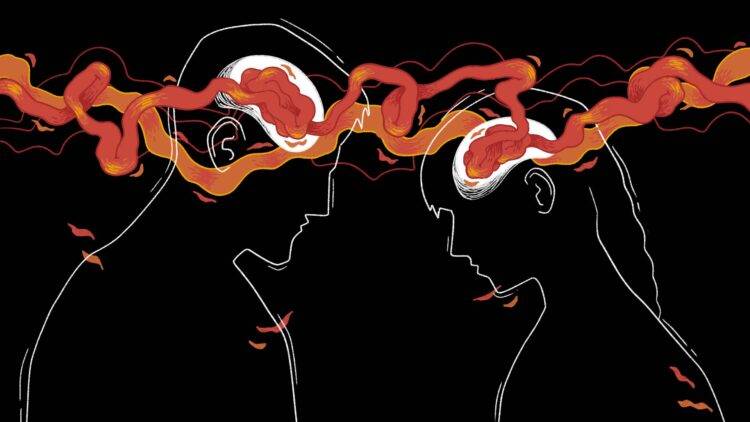 Sally Rooney’s “Normal People” follows me around like a shadow for two months before I put it on hold at my local library. The internet believes I would love it and I disagree. On the surface it seems like one of those pop culture fads that everyone loves because they’re supposed to love it. So I refuse to read it. It isn’t until M, my best friend from undergrad, and a mutual friend of ours recommend it to me — they listened to it as an audiobook, though — that I decide to give it a chance.

It’s a Friday night when I sit down to read “Normal People.” I start at 7:30 p.m.; four lights are on. The kitchen overhead, the living room lamp, and the two lights at the front of my L-shaped apartment. The lack of quotation marks in the book catches my eye immediately, mostly because it’s making me work harder to follow what’s happening. I had never realized until this moment how those little structural conventions become such an unthinking expectation. I try to categorize the book the way I think a smart person would — modern? Post-modern? Then I stop. Maybe its category is irrelevant. Maybe I should just read it and see what happens.

The book, set in Ireland, follows the relationship between Marianne Sheridan and Connell Waldron from secondary school all the way through to university. Their relationship is intense, complicated, difficult, and emotional; Rooney tracks its development in all its complexity from both of their perspectives from 2011 through 2015.

“Normal People,” is not the most “normal” book. Usually I think deeply about the material I engage with, but I find with this book, it forces me to feel more. It encourages a certain honesty of emotion and presence. It isn’t the kind of book that lends itself to a standard review. It demands something more from me. A conversation. A duality of perspective.

My bed is fitted with my maroon microfiber sheets rather than my blue ones. The blinds are shut like they always are, but the sharp Chicago winter light filters in through the slits anyway. M is sitting 983 miles away on an armchair, a Harry Potter blanket covering them. Okay I don’t know how — how do you start having this conversation, I laugh. It’s weird to plan things like this.

There was something very cathartic about seeing particularly Marianne and the photographer … when I say I’ve been through something similar I really mean an abusive partner who would manipulate me into BDSM type things, to do things that felt thoroughly demeaning then take photos and act like oh, this is a form of love, why aren’t you appreciating it, why don’t you feel good about this? Then Marianne has all of these doubts — well, surely this must mean that there is something in me that is so broken, so deeply unlovable — and my immediate instinct upon hearing that is no it says nothing about you. It’s been so hard for me to extend that same kind of thing to myself, and I think part of what made that especially powerful is the fact that I was listening to it, and so it was easier for me to think of her as a real person. Oftentimes it is easier to extend kindness to someone else, than it is to yourself.

I agree. The way it was written really reminds me a lot of how my brain can work because it’s this really weird way in which timeline shifts always happen and you’re kind of a little bit in the past but operating in the present and then your brain is kind of operating from habits it’s developed from past experiences. I mean, I know everyone — all of our brains — do this to a certain extent, but you know what I mean, there was something about the way in which trauma brains work that she really captured so well.

M nods. I know what you mean.

So why audiobooks, I ask? A small smile graces M’s face. It’s like you’re in these two worlds at once, but one of them is totally secret and personal, M considers looking away from the screen.

I wonder briefly if they’re re-living one of those moments.

It’s a very personal intimate experience and yet also one that a lot of strangers are part of. Sometimes I think about a book and I’m like oh yeah I remember, I was sitting across from someone who was wearing a yellow coat while I was listening to it, because it’s almost like the rest of life is happening at the same time, it seems like it kind of fits — it’s like a part of your life.

Something that occurs to me is that both M & I had intensely personal intimate experiences with this book, one of us in private, the other one in public (or semi-public). I read the book at home at night when no one else was around. They listened to it on the train, on the way to work, while washing dishes in the apartment they share with four other people. But I’m not certain if one experience was more intimate than the other.

It’s because of the format right? I try to recall my first experience of this book as best I can. For me, the format was so important to that experience, because the visual impact and the fact that it doesn’t follow normal conventions of dialogue made such a difference to the way in that world was created. It seems similar to the way the format of audio works for you and that’s what allowed us to actually consume the book in these particular ways and have the experiences that we did.

M chuckles. I didn’t even know that she (Rooney) didn’t use quotation marks until you said that when we were having this discussion. That’s really interesting and I think it just goes to show how much the different format you engage with a story in can make a big difference as to how you experience it. Generally, I mean, even though I always listen to audiobooks at 1.5x speed it’s still slower than if you were reading. With an audiobook you can’t skim listen, or at least, I don’t know how to and so because of that I did feel like there was maybe more space in that. I don’t ask them to clarify — how Marianne and Connell of me — but I think they mean there is more space in that experience of the book, and therefore more space to sit with their emotions.

I think that there was this lurching between time and feeling like any of the vignettes in the book weren’t complete. They were ending in the middle and almost abruptly moving forwards. And I feel like that is so often how things feel. There isn’t closure, things aren’t tied up neatly with a bow. It was all beginnings and middles, and it was all endings. All mixed up. M laughs softly.

I laugh too. Those vignettes, the way the book deals with time. It hits close to home for me. It’s how my brain processes time, and the constant shifting back and forth feels particularly characteristic of when I’m functioning from what I call trauma brain, which at this point in my life is no longer as constant as it once was, but is frequent still.

I wonder if that’s why it’s been three weeks and I still haven’t stopped thinking about the night I first read it.