To see the truth that lurks below the veneer of perfection has never been more necessary. 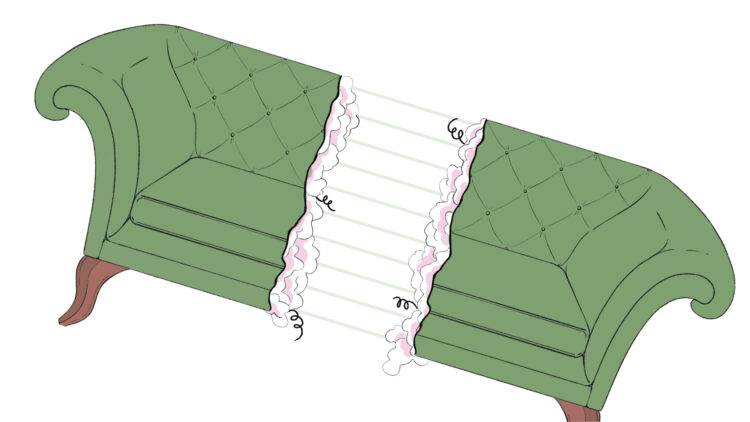 Appearances and perception are paramount to the majority of our social interactions — think dates, classes, meetings — today. Perceptions dictate whether we are viewed as good partners, friends, colleagues, employees, parents, what have you. Not only this, we demand authenticity from those around us, and ourselves in how we are perceived. Curated; photo-shopped; edited; but authentic. Consequently, to look past that surface, and to see the truth of a story that lurks below the veneer of perfection that we strive for has never been more necessary. Yet it is something that few people do well.

The story follows wealthy Washington suburbanites Marissa and Matthew Bishop — the quintessential white, perfect, American family complete with an eight-year-old son — whose perfection is threatened when Marissa is unfaithful. Marissa, desperate to repair the situation, approaches Avery Chambers, a therapist who lost her professional license, but continues to run a successful counseling practice. The only condition: her clients adhere to her unorthodox methods. What unravels is a complex web of secrets and half-truths that endanger more than the ostensible perfection that the Bishops have grown accustomed to.

Hendricks and Pekkanen both have backgrounds in journalism. Hendricks received her masters in journalism from Columbia University, following which she worked in the publishing industry as an editor for two decades. Pekkanen is a former investigative journalist turned author, who has written and published novels both on her own and two with Hendricks as well. Their writing has appeared in some of the biggest names in the press today, including “The New York Times,” “The Washington Post,” “Publishers Weekly,” and “USA Today,” amongst others.

True to their journalistic backgrounds, the attention to detail in this book is well-done and notable. Every moment — big and small — counts. Not a single detail is insignificant and doesn’t tie into the wrap up at the end. Hendricks and Pekkanen pace every discovery and revelation well, consistently highlighting that what appears to be perfect and put together on the surface can have dark and murky fractals underneath. To complement that, Avery Chambers’s work with the couple to expose these hidden realities and get Marissa and Matthew through them to the other side, particularly in light of her own background, adds a depth to the narrative that will keep readers engaged.

The book is told from a dual perspective — Avery Chambers’s in first person, Marissa Bishop’s in subjective third. The choice gives a reader insight into these characters in very different ways. Where the audience has more of a chance to sit within Avery’s body and mind when accessing her unconventional interactions with the world, with Marissa, the story appears to be happening to her. This difference in agency is particularly striking in the end. (No spoilers).

The book is a psychological thriller; a good one. Rather than using gore and violence to further plot points, the authors constantly toe the line between truth and lies, secrecy and transparency, to create a compelling enough narrative out of seemingly milquetoast subjects — a wealthy, white suburban couple. Perhaps the only thing the book left wanting was why this thriller centering a wealthy white couple was more important or notable compared to others that do the same, like Liane Moriarty’s “Big Little Lies,” and the like. Perhaps if the book had been amongst the first of its kind, it might have landed differently, but when the premise has so many similarities to ones that have come before, it falls short of differentiating itself enough from the crowd.

Hendricks and Pekkanen did their job well, and their writing demonstrates a clear love for their craft. The characters are well developed and woven in with each other quite seamlessly. Ultimately, what the book did best was to highlight two authors who are skilled at parsing out complex social and psychological dynamics, and unraveling their tangled interactions with a certain finesse. Whether this particular premise was necessarily all that interesting as compared to some of their earlier books — that’s up to the reader to decide.