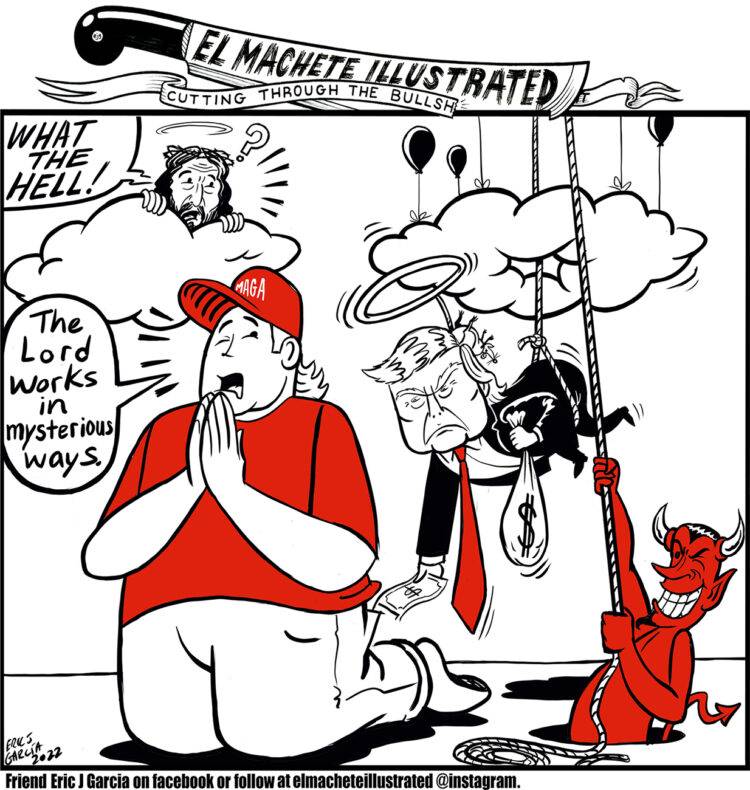 Transcript: Front and center is a man kneeling in prayer. He’s wearing a red shirt and a red hat that says “MAGA” on it. He says “The Lord works in mysterious ways.” Behind him, Donald Trump takes a dollar bill out of his pocket. He’s wearing a long red tie and a makeshift halo–the halo is attacked to his head using a dead rodent, the dead rodent’s tail become Trump’s hairpiece. Trump looks as though he is an angel coming down from a cloud out of the heavens. However, he is being pulled through the cloud by a rope-like pulley. Coming out from the ground at the bottom of the comic, the Devil is operating the pulley to make Trump appear falsely angelic. From a different cloud in the sky, Jesus looks on. Jesus is shocked by what he sees and shouts, “What the hell!”