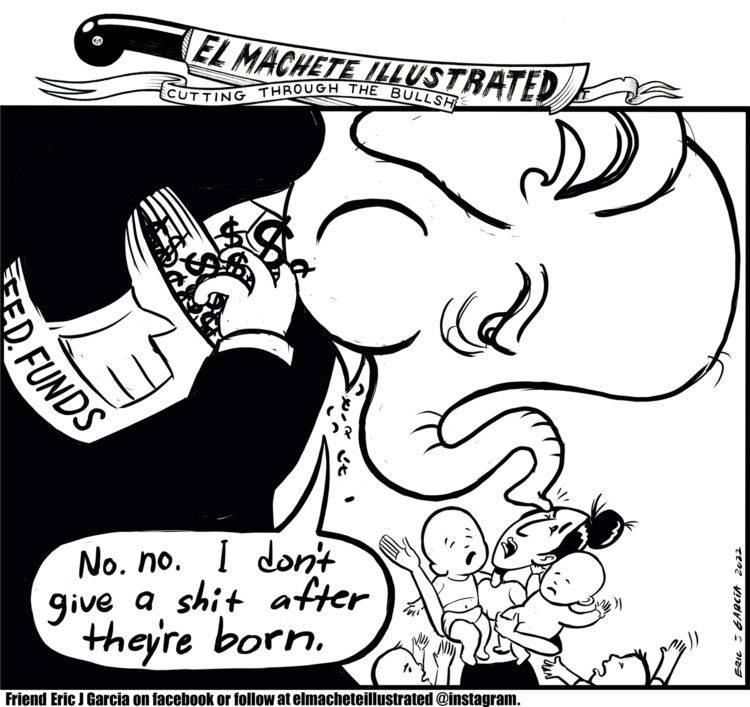 Transcript: A giant elephant peers down at a woman who is holding two babies in her arms, two more small children standing below her, reaching for attention. The elephant pokes the woman’s eye with its trunk and says, “No. No. I don’t give a shit after they’re born.” In the elephant’s hands, it’s holding a basket labeled “Fed. Funds” full of money that it is keeping away from the woman. 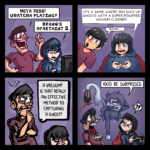