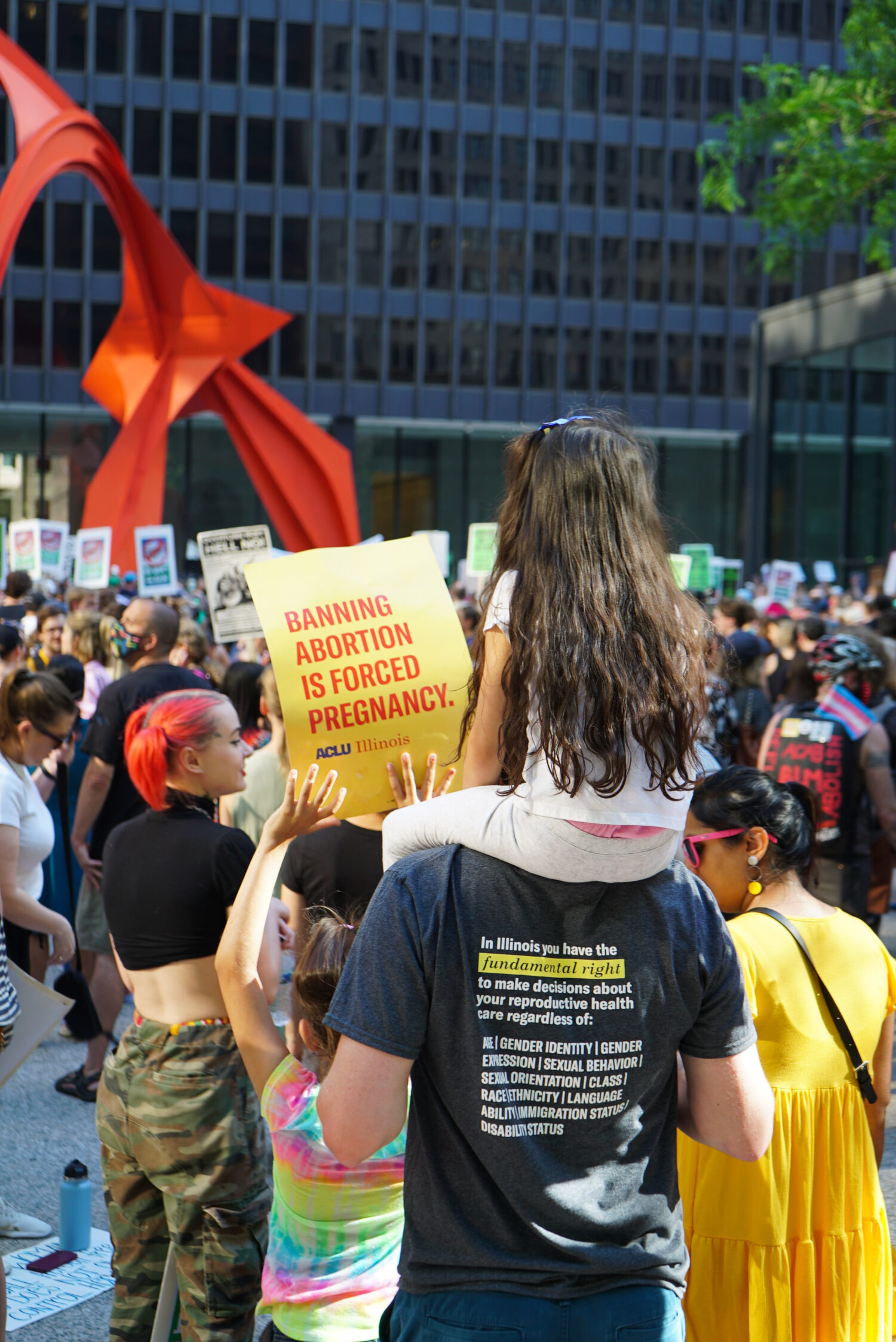 In the hours following the Supreme Court decision to overturn Roe v. Wade, hundreds gathered at Chicago’s Federal Plaza to protest the end of federally protected abortion rights in the United States. 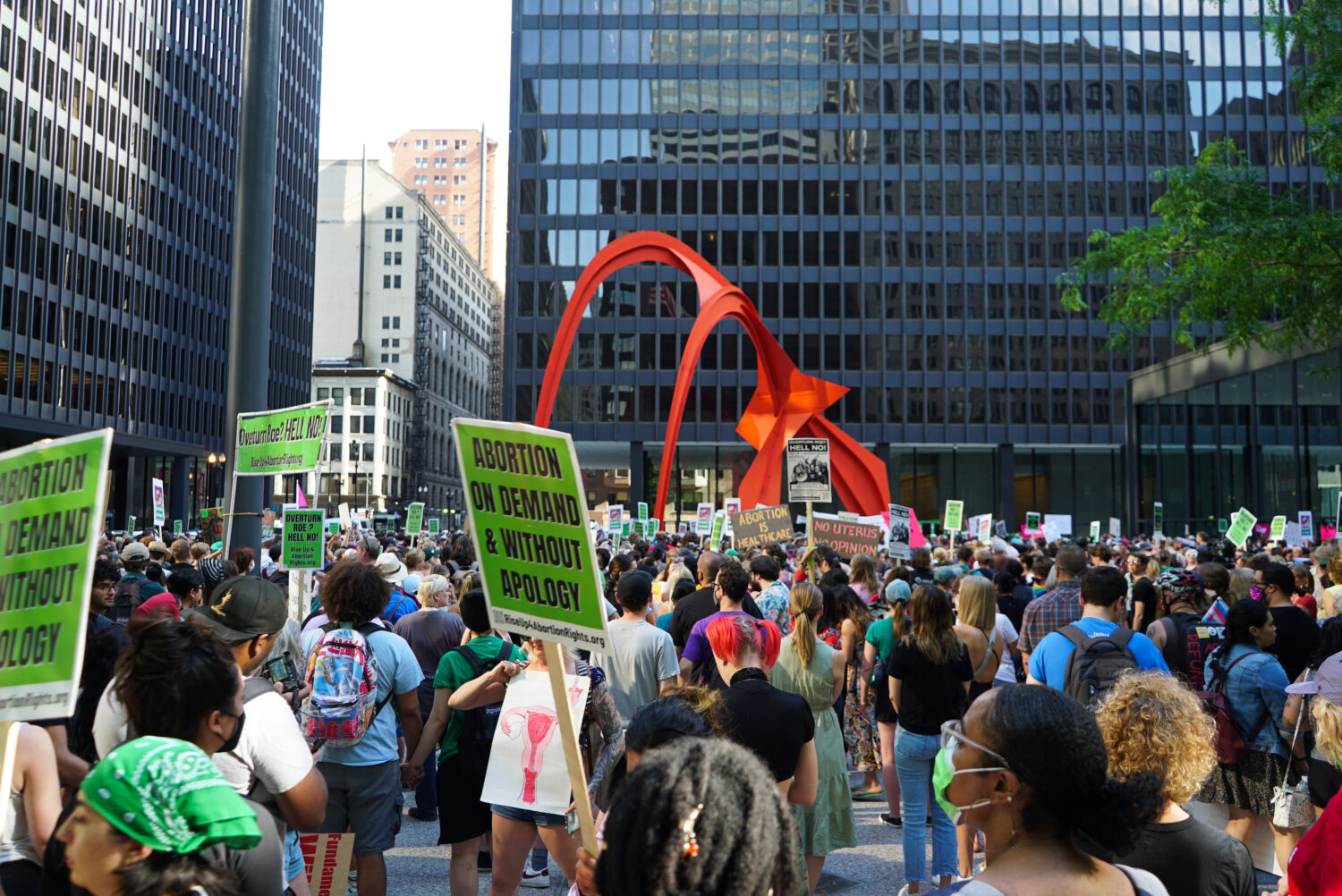 At 5 p.m., crowds began to gather, yelling “abortion is healthcare and healthcare is a right!” in unison. 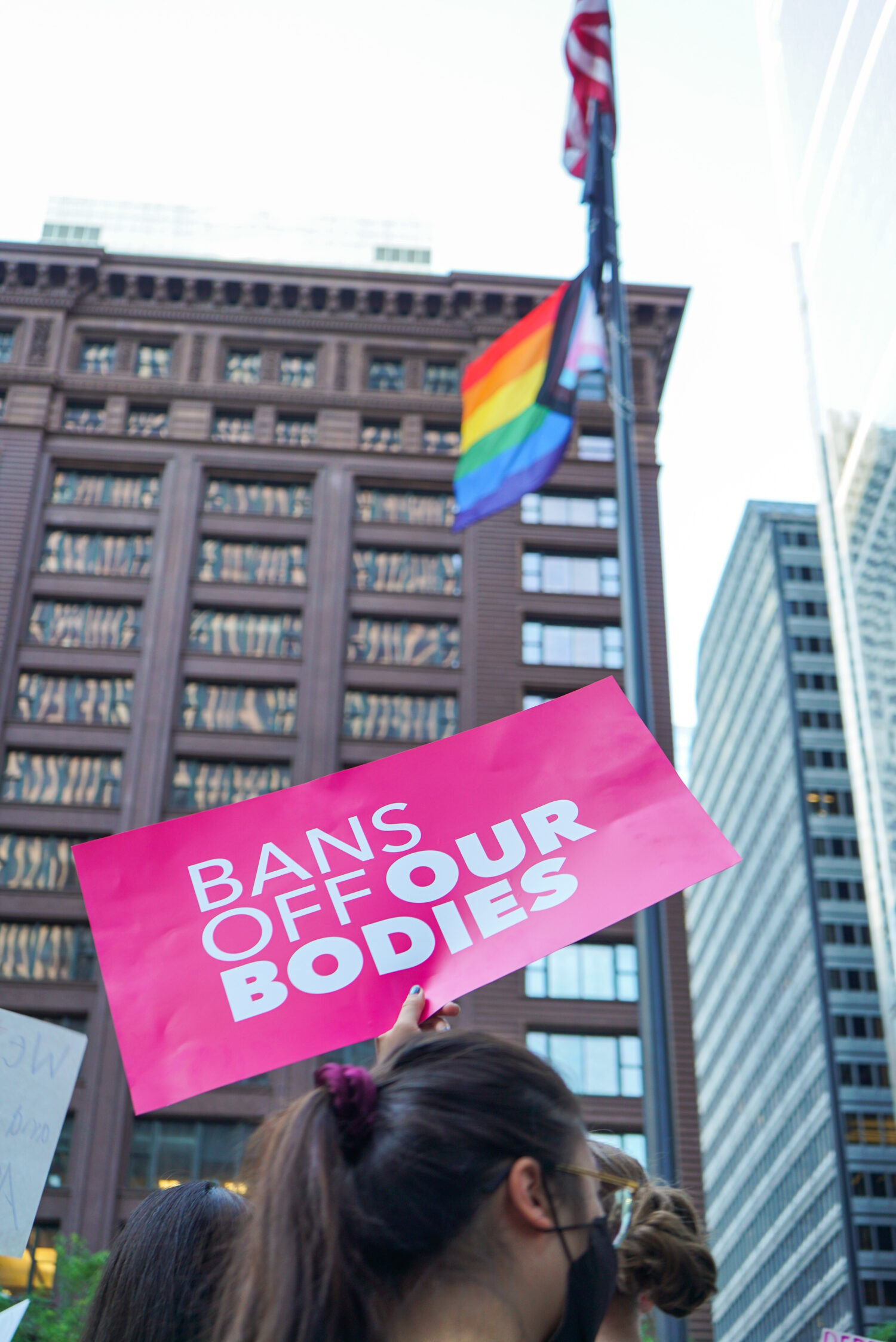 Many held signs to protest the ruling. 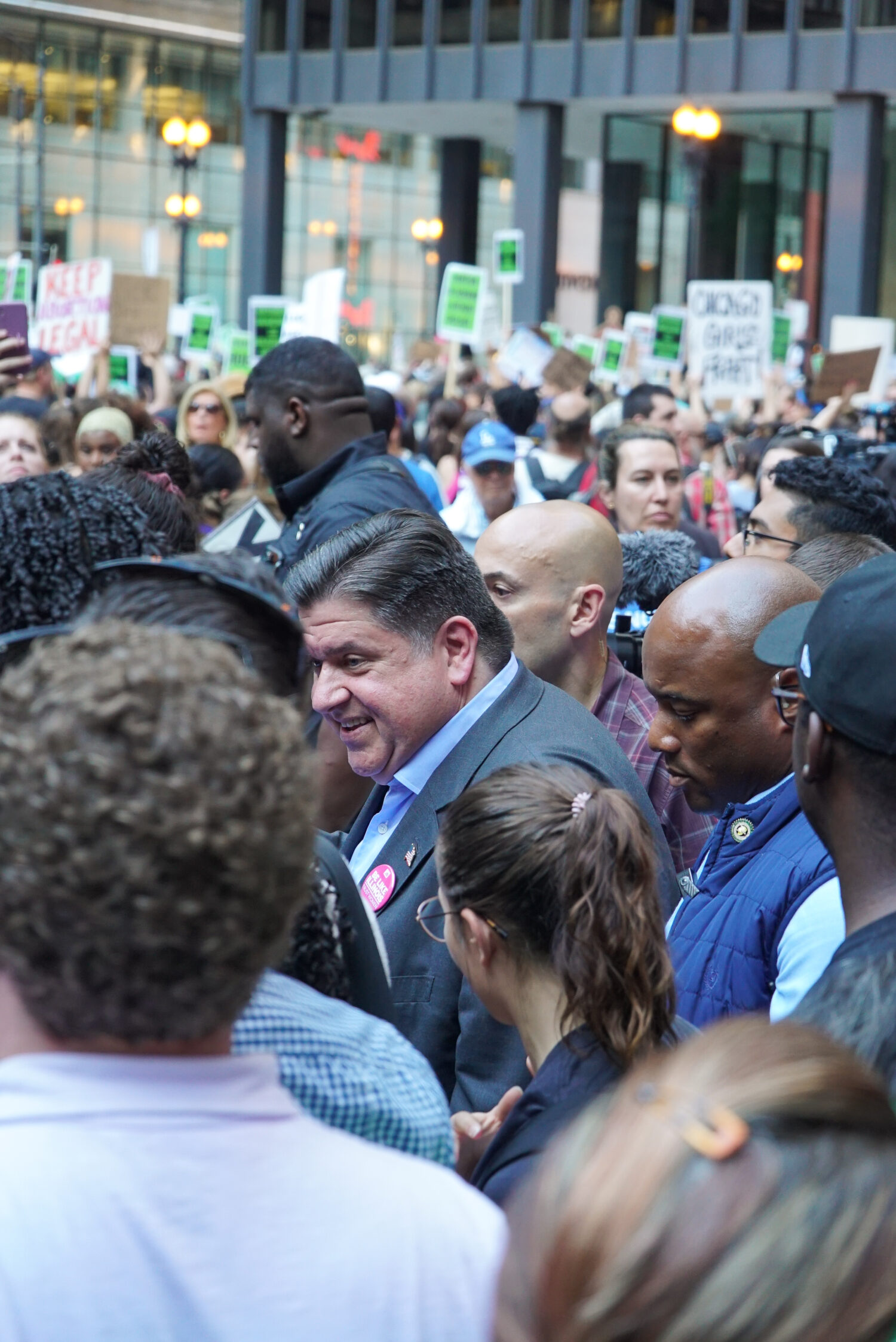 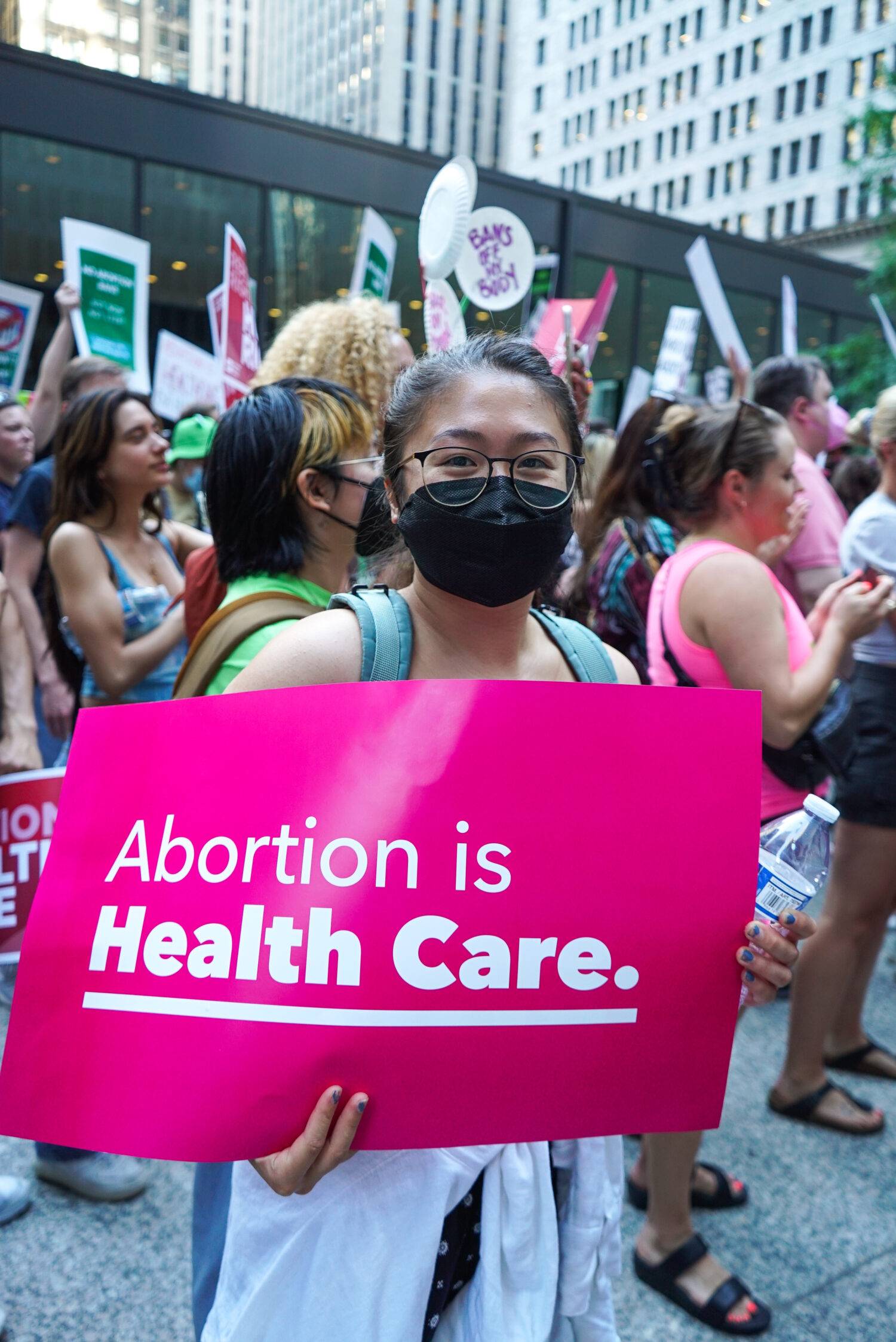 Janet, a pro-abortion advocate, said she “almost cried” and was “speechless” when her boyfriend told her the news Friday morning. 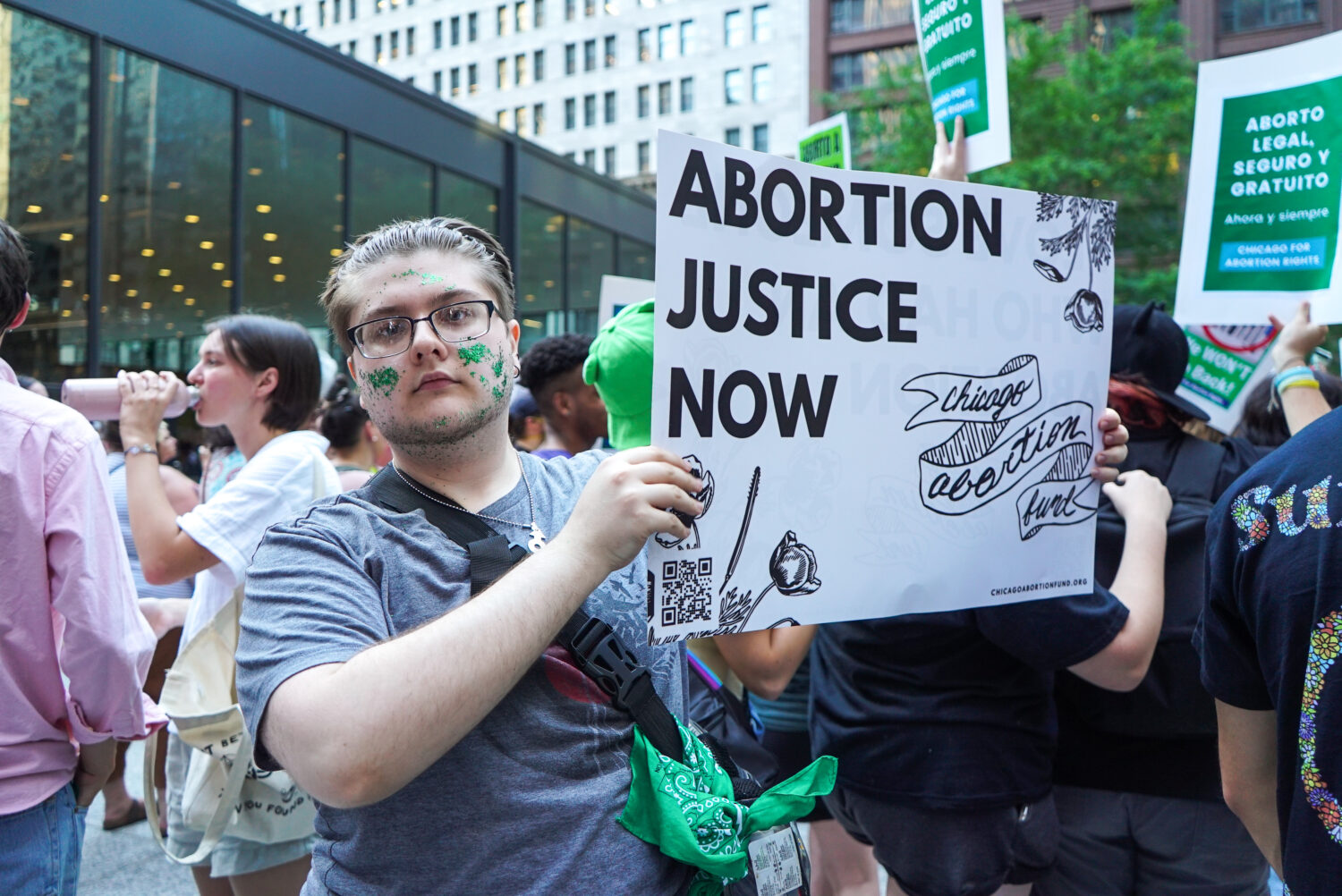 Leo holds up a sign that read “ABORTION JUSTICE NOW.” 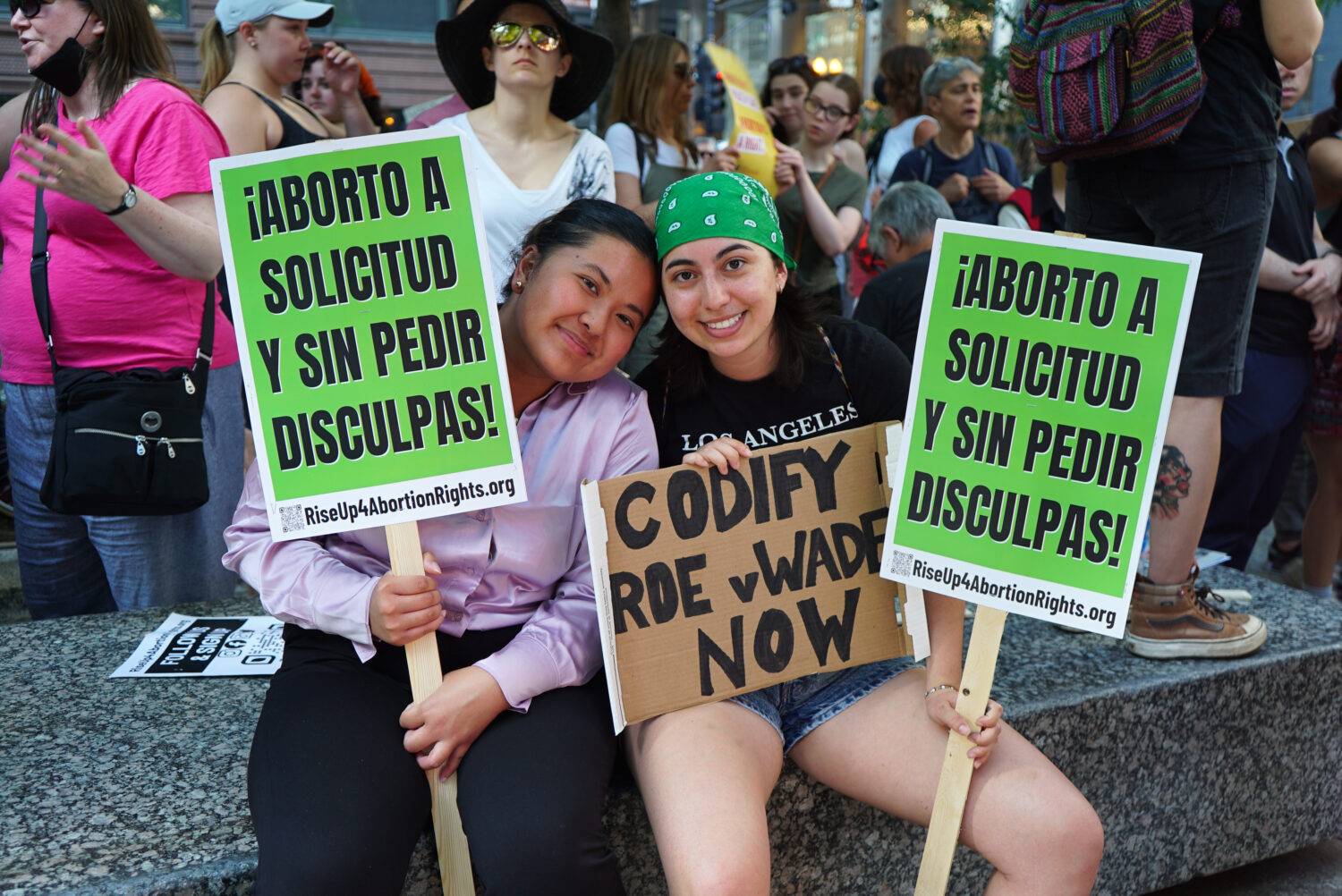 Adora Alava, left, and Magoli Garcia, right, are members of the student government at DePaul University. They “burst into tears” when they learned about the ruling. “I was here [to protest] a few weeks ago and I can’t believe this is happening again,” Alava said. “But it’s reassuring to see so many people here.” 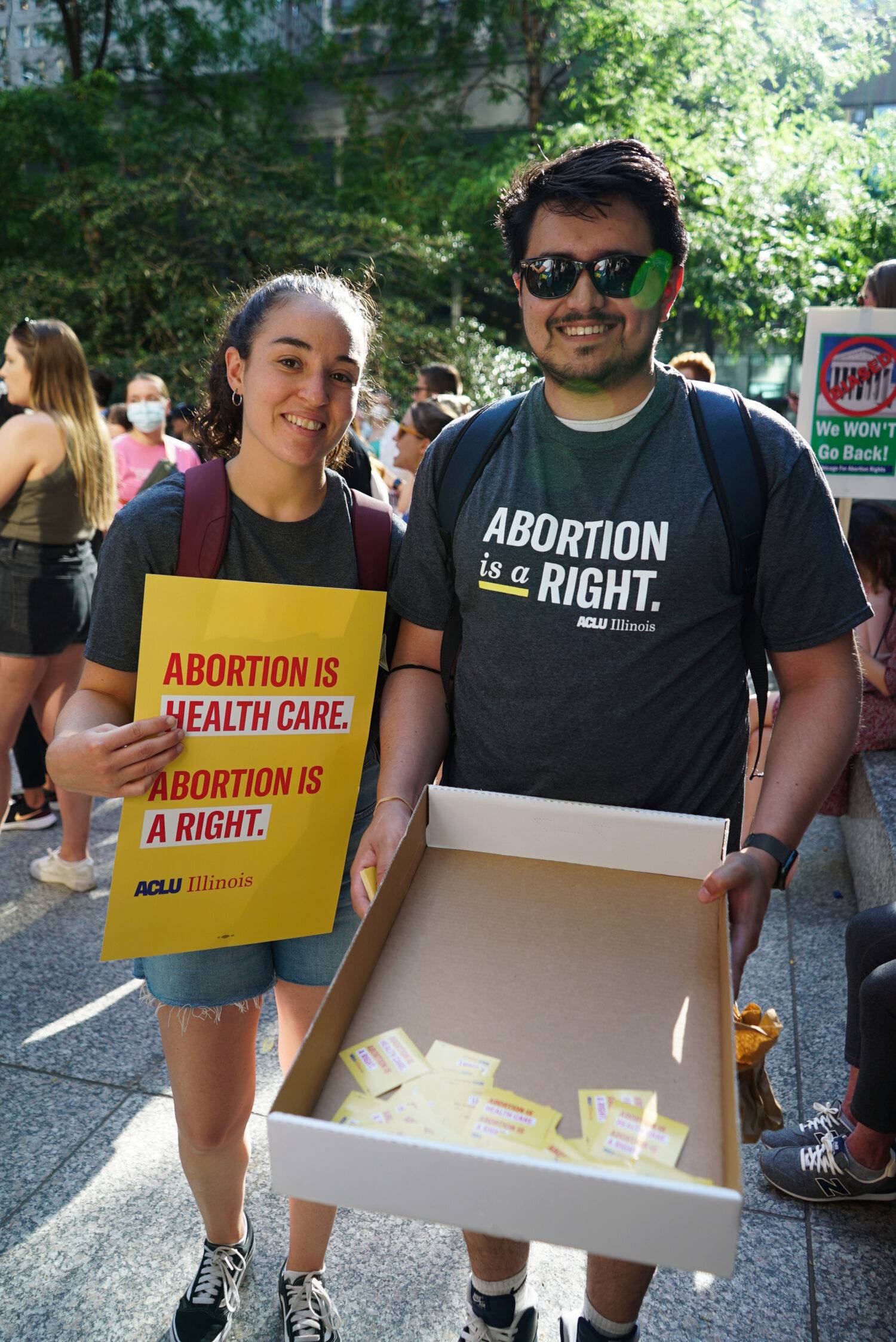 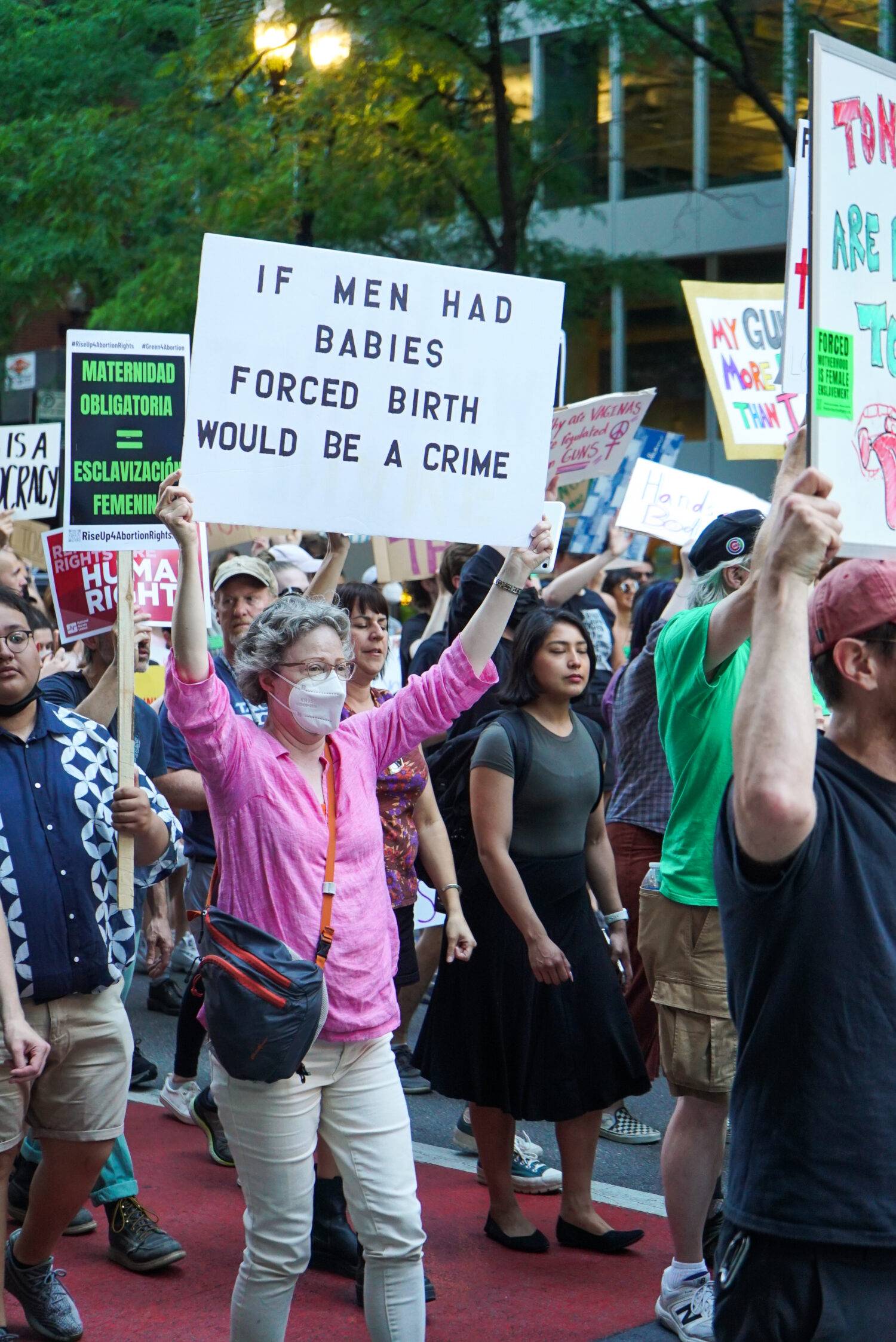 Multiple generations of abortion rights supporters showed up to the protest. 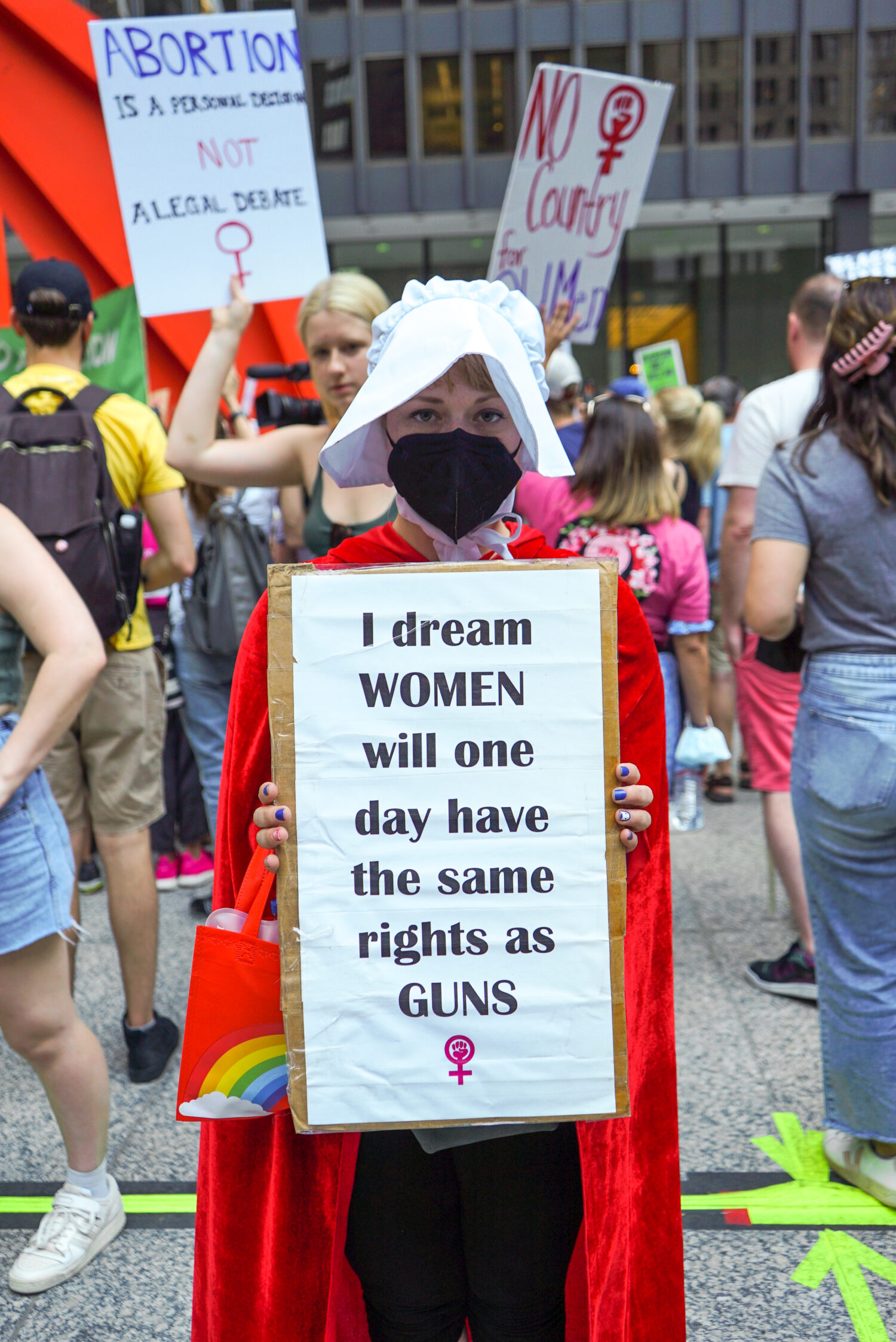 Grace Pollert dressed as a handmaid from “The Handmaid’s Tale,” a dystopian television series about women who are treated as state properties in a totalitarian society. 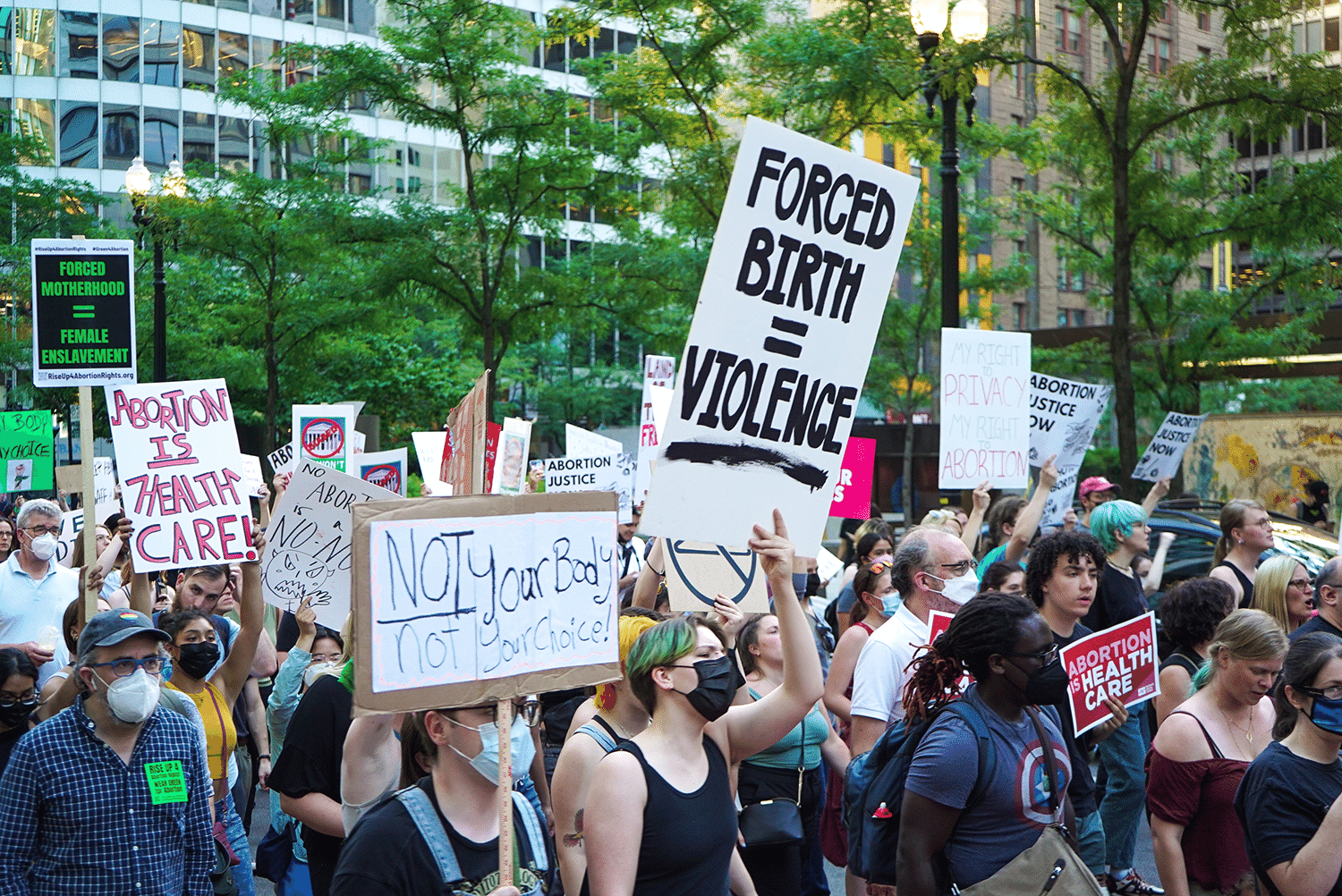 Protests occurred in major cities across the U.S. following the historic overturn of Roe v. Wade.