Things are heating up in Bad Parable – Heat Warning. 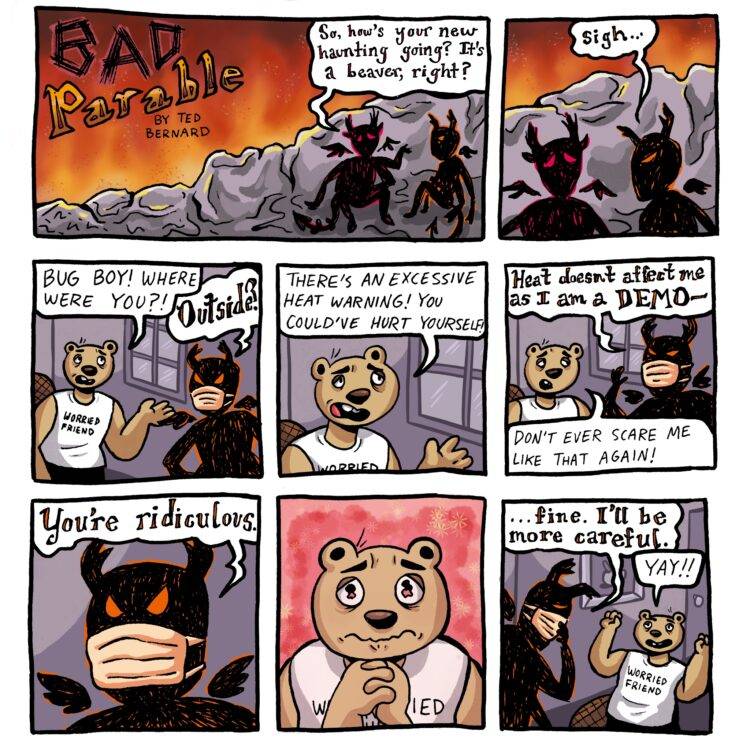 Panel One: Two demon-like creatures sit in the pits of hell. They lounge on some rocks while fire burns behind them. One demon asks the other, “So, how’s your new haunting going? It’s a beaver, right?”

Panel Two: The second demon looks tired at the mention of the beaver. It sighs.

Panel Three: Cut to a different time and place. The demon has returned to the realm of mortals, to Bev the beaver’s apartment. Bev says, “Bug Boy! Where were you?” Beverly is wearing a shirt that says ‘Worried Friend’ on it. The demon, irate, replies “Outside?”

Panel Five: The demon disagrees, saying, “Heat doesn’t affect me as I am a DEMON–” However, it is cut off by Bev who shouts, “Don’t ever scare me like that again!”

Panel Seven: Bev replies by giving the demon the biggest puppy eyes any beaver could muster.